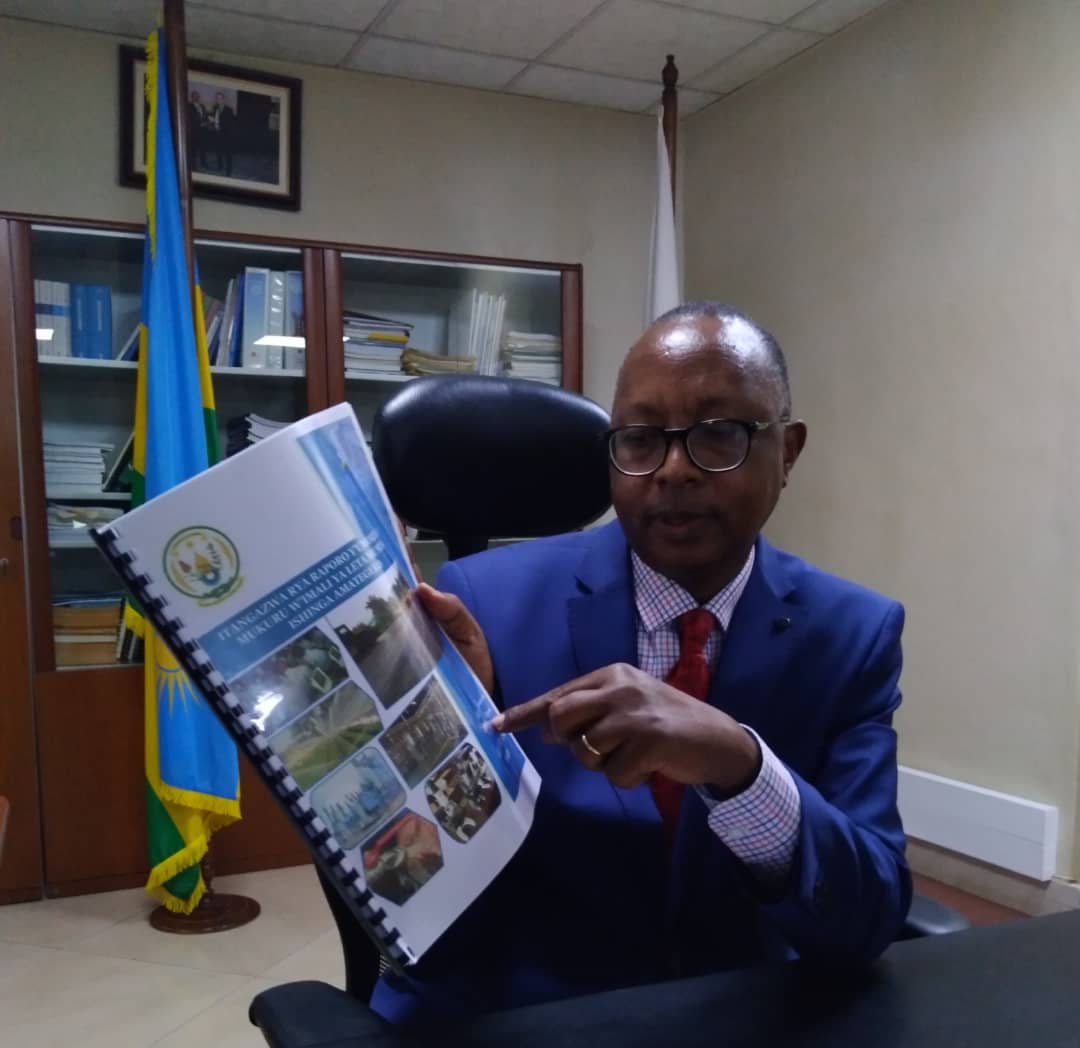 The Auditor General Biraro virtually presented the 2020 report to the Parliament.

Despite failing to account for close to Rwf5.7bn in the 2020 financial year, Government institutions have improved in terms accounting for public funds, registering a 65 percent decline in funds unaccounted for compared to the year 2019.

This was revealed by the Auditor General, Biraro R. Obadiah, on Tuesday, as he presented to the joint session of parliament the audit report for the year 2020, in accordance with article 166 of the Rwandan constitution.

Biraro told legislators that in the financial year that ended on June 30, 2020, in general, public institutions did show some improvement in how they use and manage public funds. However, the mismanagement of some institutions still caused a loss of Rwf5.7 billion to the government.

The report summarizes the full audit and gives recommendations on matters found during the course of financial, compliance, performance, information technology, and special audits conducted from May 2020 to April 2021.

According the Auditor General, this year the audit covered 87.8 percent of the reported Government Expenditure for the year ended 30 June 2020 compared to 87.1 percent audited last year.

“These resulted in 188 audit reports (both financial and compliance), compared to 181 in the previous years” the Auditor General said. “These individual reports support the audit opinion issued on the state consolidated financial statements” he added. 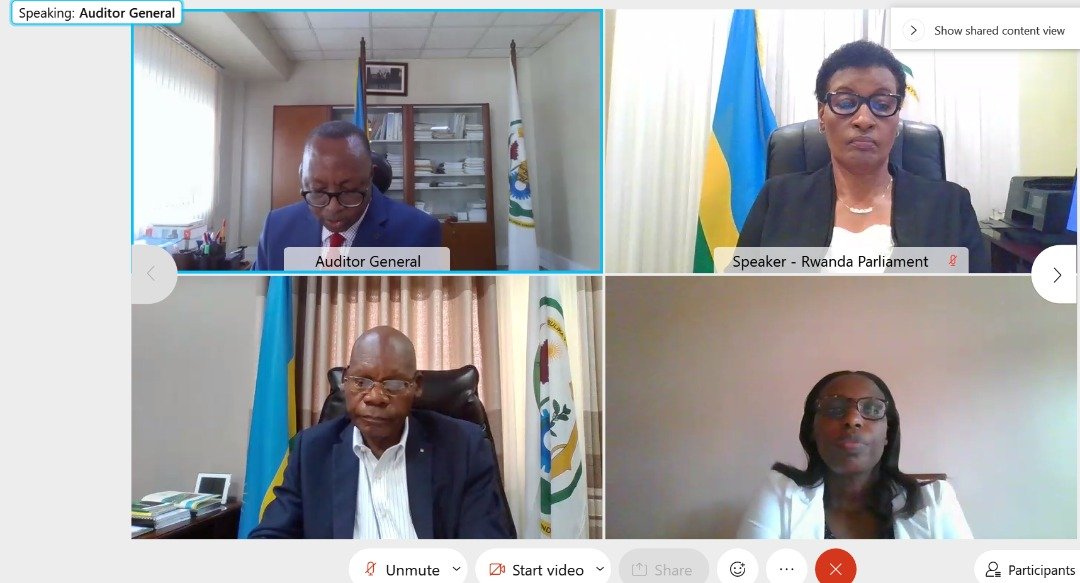 The Speakers of both chambers of Parliament attended virtually.

“No disclaimer opinion was expressed in either financial statements audit or compliance with laws and regulations and value for money,” the AG said.

According to the AG, the percentage of audit opinion types have shifted over time, with unqualified and qualified opinions increasing compared to adverse and disclaimer opinions.

The Auditor General observed that despite the decreasing trend, public monies and resources management in some public entities are still weak and need improvement.

“Unnecessary, unlawful and wasteful expenditure should have been avoided if public entities exercised due care in their operations, coupled with prudent management of public resources,” the Auditor General said.

He also noted in his report that the level of implementation of audit recommendations has slightly increased by 3 percent in the current audit. 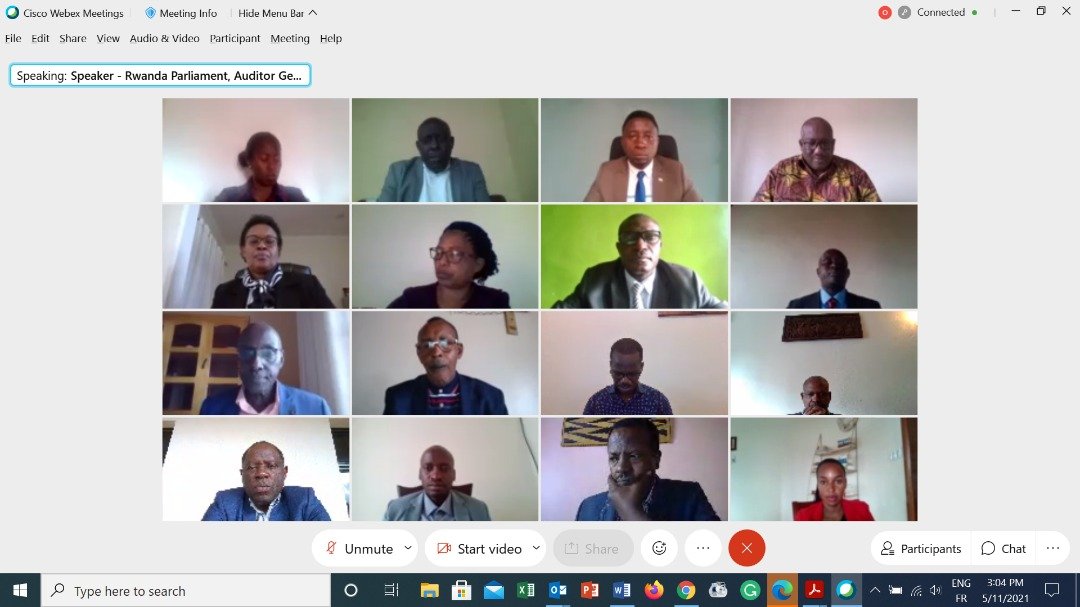 Some of the cross-cutting issues identified by the Auditor General include inadequate management review controls over financial information, exclusion of internally generated revenue and expenditure of NBAs from the national budget approved by parliament.

Other issues include persistent cases of delayed contracts, abandoned works not yet resumed, cases of idle assets, stalled projects, and failure to seize or recover advance payment and performance guarantees, among others.

This is the first audit report OAG has presented since the country started migrating from the Cash basis of accounting to the Accrual basis IPSAS.

“This framework is the only complete accounting for PFM that will enable the Government to enhance accountability and transparency in financial reporting” he said.

Despite major improvements in accountability, Members of Parliament called for better coordination between organs in charge of implementation (management), board of Directors/District Councils and the line Ministry, to ensure decent management of the public funds.

MP Frank Habineza called for a number of reforms including addressing issues of compensation of citizens who are expropriated to pave way for public infrastructure such as roads, pointing out that some challenges of accountability remain.

“We have a situation where the Rwanda Transport Development Agency is the one which handles everything from expropriation to compensation, mostly on rates that citizens don’t approve of, leaving them angry. There is a clear conflict of interest,”

“If such things continue, in the wrong run they might make citizens hate the government,” Habineza warned.

Senator Juvenal Nkusi said that while the gains are worth celebrating, it is concerning to still have the same issues returned by the Auditor General, year in, year out, yet by now they should have been addressed.