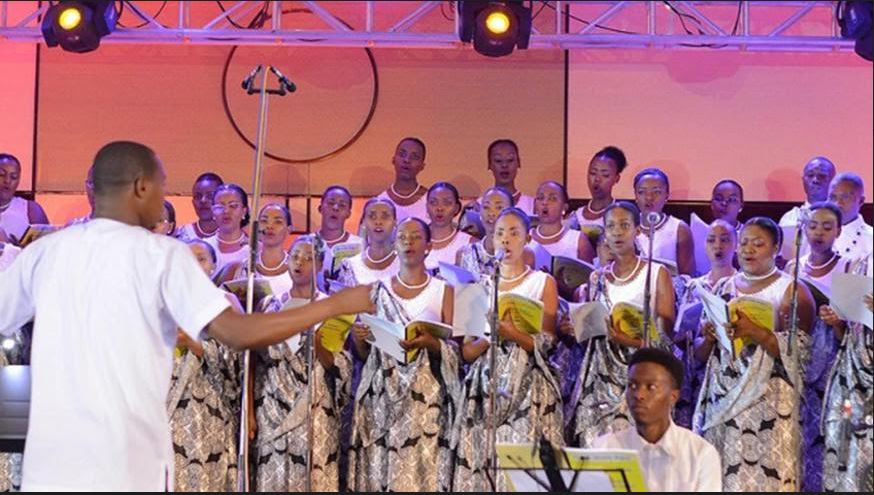 One of the renown Roman Catholic choir in Rwanda with best of the healing gospel songs, Christus Regnat has dropped yet another hit single dubbed Úmukozi wúmuhanga’ talking about the miracles God performs beyond the imagination of human kind.

The new song sings about how God does wonders in the everyday life of human beings which can’t be done by any one not even the trending human technology.

The song was composed by Arcade Iyambonye, one of the 15 year-old group member and it was produced by Emmy Pro (Universal records), Bob Pro (The sound studio) audio, while the video was worked on by  Aimee Pride.

“There are things God does and they are beyond human beings’ imagination. So in this song we sing about those miracles he usually performs through touching and mending our hearts,” the choir representative Jeremie Bizimana told KT Press.

The choir is composed of both youth, middle aged and aged people which makes it superb when it comes to composing songs touching the lives of different people in their respective age statuses.

Among the songs they have released include ‘Mu Maboko yawe’ a gospel song released last year in lockdown and it was made virtually without any one of the members moving out of their confinement.

Apart from gospel songs, the choir also does record love songs like Mama Shenge dedicated to lovers on Valentine ’s Day and reggae hits like Ca Akabogi, which was made totally different from the choir’s previous songs normally recorded in studios or church concerts.

The new single is one of the many songs on their sixth studio album as the choir prepares to celebrate 15 years anniversary.