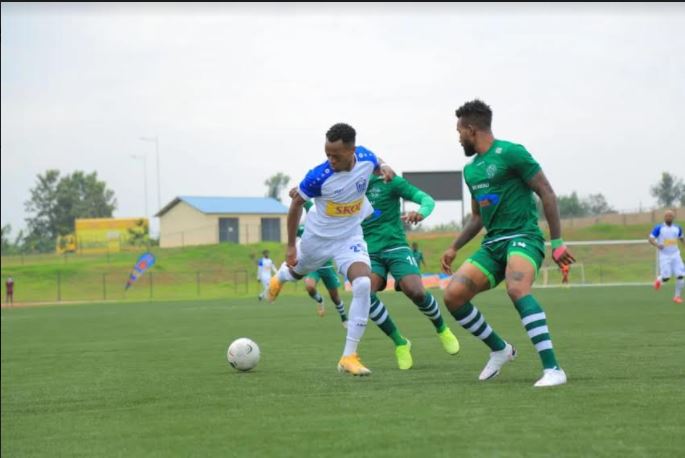 In their second game in less than two weeks, Rayon Sports and Kiyovu SC played out a 1-1 draw at Bugesera Stadium on Friday.

It was a point gained, rather than a point lost for the Kiyovu side after their rivals carved out some great chances in later stages of the game.

Héritier Luvumbu Nzinga could have doubled the lead midway through the second half but his strike hit the post.

Moments later, Héritier Luvumbu chipped the ball in to Sugira Ernest but the striker failed to score from a close range.

In Group B’s other fixture, Gasogi United beat Rutsiro by a solitary Yamini Salumu goal at Umuganda Stadium in Rubavu.

Group B is still wide open after today’s results with Rayon Sports topping the group with eight points, followed by Kiyovu and Gasogi United with seven points each and two points ahead of Rutsiro.

Elsewhere in Group A, APR who have already qualified for the next round beat AS Muhanga 3-1 to continue their unbeaten run and cement top spot in their group.

Gorilla FC have also progressed from group A despite their 2-0 defeat against Bugesera.

Group A standings after matchday 5

Group B standings after matchday 5

It is Official! US rapper J Cole Will Feature for Rwandan Side Patriots BBC at The BAL