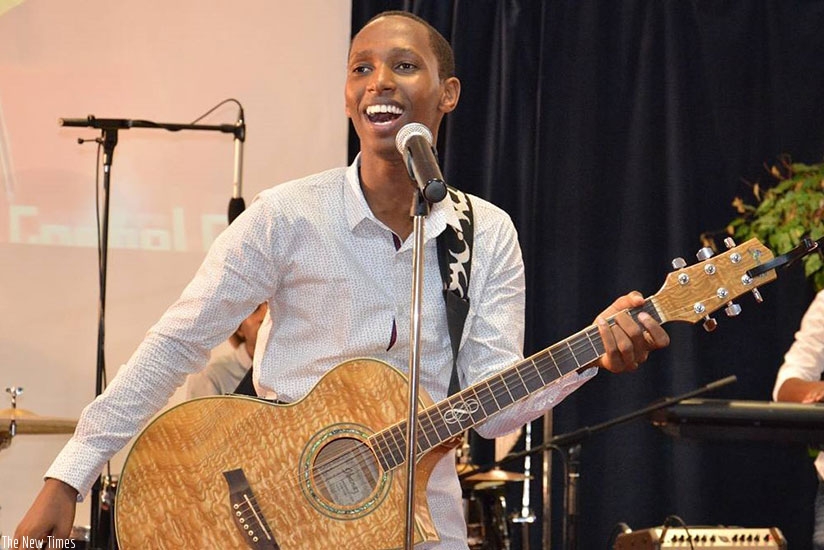 Gospel singer Isreal Mbonyi gives once in a life time opportunity for underground musicians with singing talent who have failed to penetrate the industry to feature on his new upcoming album free of charge.

The winner of Maranatha award is one of the most popular gospel artists in the region with a huge following on social media platforms.

He said he wishes to give back to the community through helping fresh talents.

Mbonyi posted the video calling out musicians who are truly talented to send their videos singing and the ones with great talent will be contacted by his team.

“I am working on my upcoming album which will be launched this year.I am looking for real talents to feature on my album and I am focusing on those who have failed to penetrate the music industry because I know it’s not easy,” says Mbonyi.

Mbonyi and his band were slated to perform in Israel in April this year in a concert dubbed ‘Twende Jerusalem’ translated as ‘We go to Jerusalem’ funded by Israel Embassy in Kigali, but was suspended due to covid-19 effects on travelling.

Mbonyi so far has released more than 21 gospel songs and recently he started recording videos also after years of fans yearning for visuals which he had refused to record for his own reasons. Most of the songs are frequently played on regional airwaves due to the messages they hold.

Born Israel Mbonyicyambu, the singer promised to record more songs in English with lots of collaborations on the new album to penetrate the international music market.