Rwanda has once again reiterated its position that it does not use Israel-made software Pegasus to spy on targets, emphasizing that the accusations are aimed at smearing the Rwandan government and to cause tensions between countries.

Addressing a press conference on Thursday morning, the Minister of Foreign Affairs and Cooperation, Dr. Vincent Biruta, said that as previously stated by President Paul Kagame in 2019 when the accusations first came up, Rwanda does not use the software made by Israeli security company NSO Group, to spy on people. He said the allegations are built on a flawed methodology.

“I would also like to make a comment on recent allegations against Rwanda which you have seen in the press, accusing Rwanda of using a certain spyware. I would like to reiterate here that Rwanda doesn’t use this software system as previously stated by the President of the Republic in 2019. We don’t possess that technical capacity capability in any form,” Min. Biruta said.

“It is also important to note the dubious methodology used in coming up with these accusations, only 0.1% of the numbers on the list have been forensically examined, and only half of those had traces of Pegasus. No one knows where this list comes from and what being on the list even means.”

Biruta further said: “These false accusations are part of an ongoing campaign to cause tensions between Rwanda and other countries and to sow disinformation about Rwanda domestically and internationally.”

He pointed out that another element of this negative campaign in the recent pressure, which amounts to meddling in court proceedings, “from those who teach about independence of courts and equitable Justice”, in a veiled reference to the terror trial involving Paul Rusesabagina and 20 others, all linked to the National Liberation Front (FLN), whose verdict is set for August 20.

“Those who accuse you of not providing Justice to the accused are actually denying justice to the victims, maybe simply because they are not Hollywood celebrities,” he said, adding that the Government of Rwanda will not yield to such kind of pressure and will instead focus on delivering “Justice in all fairness as it is our constitutional responsibility to the people.”

In November 2019, President Kagame said that Rwanda, like all countries, does intelligence on enemies to try and read ahead what might happen in future but it cannot go as far as using the said technology, which he also said he understands is costly. 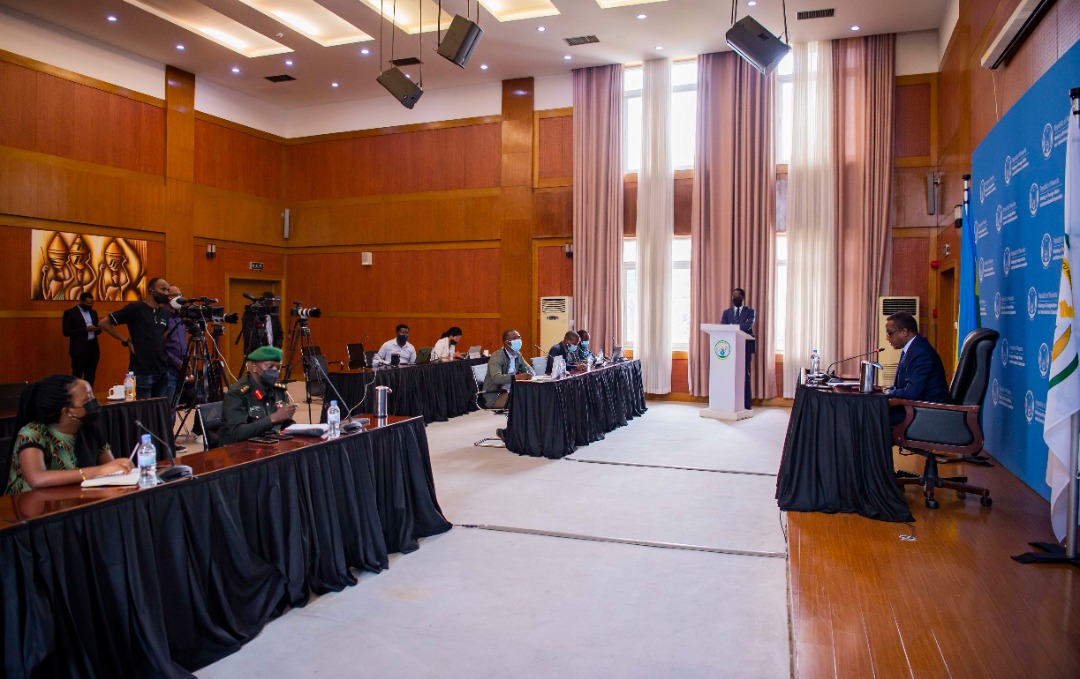 “We have always tried to know our enemies and to know what they are doing, wherever they are, within the framework of our rights, and that is the right of all countries in the world …,” President Kagame is quoted as saying then.

“To be honest, I wish I could have access to this technology! But I also know it’s very expensive and I know there are better ways to spend my money. I won’t spend so much money on nothing, on people who don’t matter. No. I worry more about these people raiding the country in Kinigi and killing people. They’re what I’m interested in. So, this is completely insane,” President Kagame said of the accusations.

Amnesty International claims that the NSO Group’s spyware has been used to facilitate human rights violations around the world on a massive scale but the manufacturers of the software have strongly refuted the allegations.

Among those it is alleged that Rwanda spies on are Carine Kanimba, the adopted daughter of Hotel Rwanda movie character, Rusesabagina, as well as Ugandan and Burundian officials. Others include President Cyril Ramaphosa of South Africa but Rwanda categorically says the allegations are false.