Home NewsNational Ggools, Or Money For Human Waste, And You Save The Environment Too
National 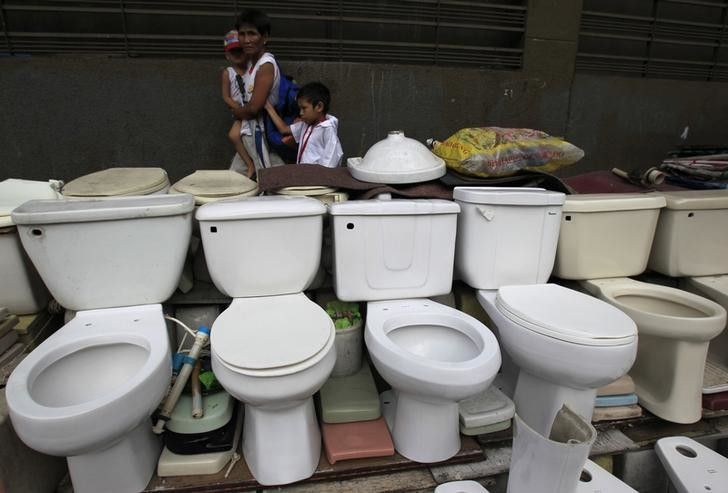 What if you could save water, and create energy, just by sitting on your lavatory?

Well, thanks to the genius of Cho Jae-weon, from South Korea’s Ulsan Institute of Science and Technology (UNIST), there is now a way for the world to do just that.

Professor of urban and environmental engineering Jae-weon is the creator of the BeeVi toilet, which will not only serve your bodily needs, but those of the environment, allowing you to sit on the loo, with a good book, and a clear conscience that you are not damaging the environment.

The lavatory turns excrement into energy. And to reduce water usage, it uses a vacuum pump which sends the faeces to an underground tank, where microorganisms convert it into methane gas. The gas is then used to power anything from stoves, hot water boilers, and solid oxide fuel cells.

To encourage his students to use BeeVi lavatory, Professor Jae-weon rewards each visit to the loo with the Ggool. A Ggool, which translates as honey in Korean, is a digital currency he has also created.

The virtual currency can generate a sort of circular economy. Students can use it buy food and drink, as well as books, after which, they presumably sit on the lavatory, reading the books bought with the Ggool, starting the whole process again.

According to Professor Jae-weon, a normal person defecates around 500g of faeces a day, knowledge you no doubt always wanted to possess. This can be the equivalent of 50 litres of methane gas, which is in turn equal to 0.5kWh of electricity.

“If we think out of the box, faeces have precious value to make energy and manure” said Jae-weon, I have put this value into ecological circulation.”

Under Sustainable development goals (SDGs) the UN estimates that around 35.8% the world’s population is still without proper sanitation. One of the SDGs goals is to change that by 2030.

Were this goal to be achieved, three billion more people would be using flush lavatories. With the effects of climate change, and water an increasingly scarce resource, flushing it down the lavatory is unstainable. This makes innovations like Professor Jae-weon essential.

Perhaps sensing the possibility of going down in history, with his name attached to a lavatory, Professor Jae-weon wisely came up with a portmanteau word, BeeVi, from Bee and Vision. The honey theme continues.