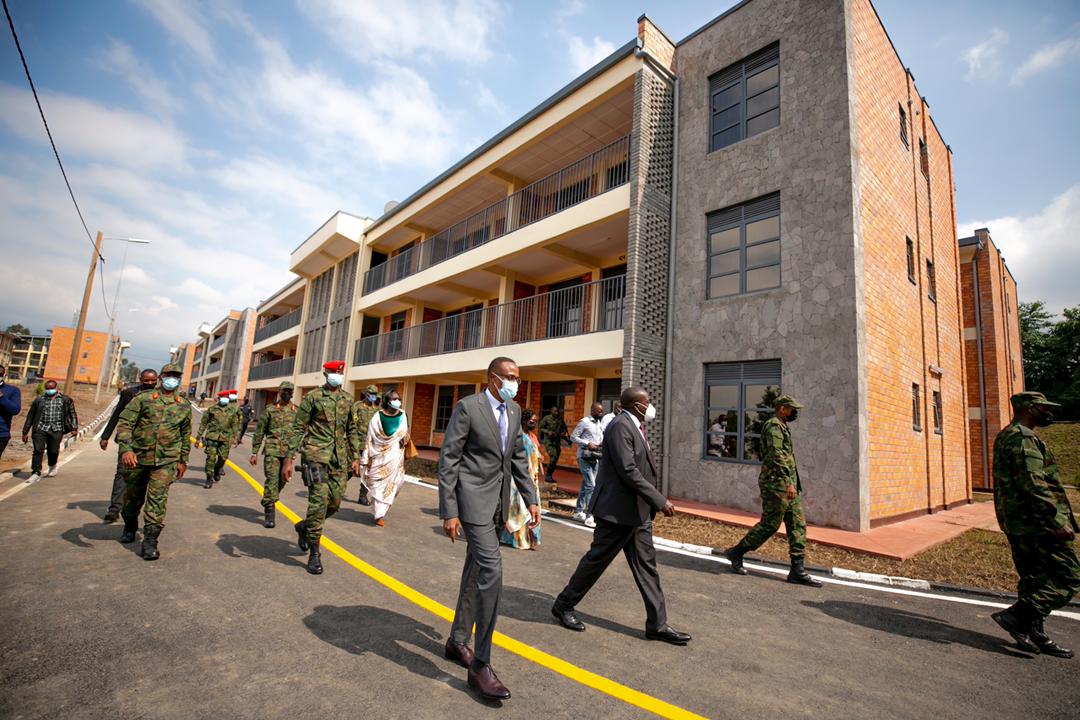 The Minister of Local Government, Jean Marie Vianney Gatabazi (middle) said committees will be established to take care of the model villages.

The Ministry of Local Government says leadership committees will be established to advise and control mishandling of properties by residents that were settled in the planned model villages across the country.

The decision to establish leadership committees comes after model village beneficiaries have been accused of property mishandling and selling some of the assets that they are given by the government in a bid to start income generating activities and be self-sustaining.

Since 2016, the government started settling people from the high-risk zones and vulnerable families in planned settlement sites dubbed ‘model villages’ as part of the efforts to modernize rural settlements.

The beneficiaries were settled in ‘model villages’ that are connected to essential infrastructure including roads, water, electricity, schools, health posts, and local markets.

However, some beneficiaries have allegedly failed to do maintenance for their houses including fixing broken bricks, repainting houses, and reportedly keep asking the government to do it for them. In other cases people refuse to adapt to the new environment, resisting change, hence neglecting the property.

The Minister of Local Government, Jean Marie Vianney Gatabazi, says new measures have been put in place to ensure that the important assets are protected from deliberate mismanagement.

“Some people were settled in beautiful houses worth about Rwf 10 Million, in one month, they sold them at Rwf 1 Million or Rwf 2 Million. This is not good behavior.  In the model village system, the government builds houses that are durable for about 100 years, the beneficiaries are expected to work and take care of them, renovate them where possible,” Gatabazi said on Sunday, in Musanze district.

“We know there are some people who mishandle properties, it is a pity. We assessed all model villages in the country and found some problems. The problems are related to hygiene and mishandling or mismanagement of their properties, mostly caused by settling people in model villages without anybody to advise them and follow up all the activities,” Gatabazi said.

“We are planning to establish a leadership committee in each model village. It will comprise a leader and his/her committee. The committee will help residents to follow government development programs, advise and control activities. Also, the village and sector leaders will be able to know the problems in the model village and solve them,” Gatabazi added.

According to the Gatabazi, the leadership committee will address detected problems including indiscipline cases, poor feeding in children, poor sanitation, mishandling of properties among other issues affecting the government social protection programme. 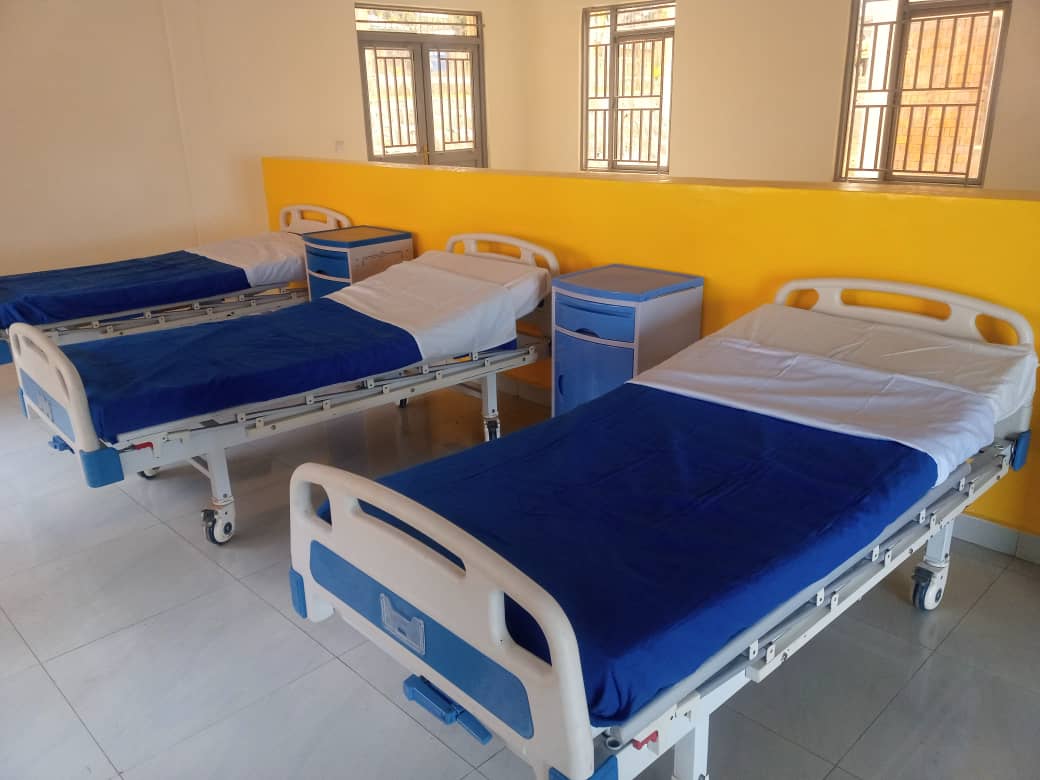 The committees will safeguard the facilities and infrastructure from neglect.

Gatabazi made the observation during the launch of the State of art model village worth over Rwf 26 billion that will accommodate 144 previously vulnerable households located in the Musanze district, Northern Province.

The Kinigi Model village, located in the Kinigi sector Nyejoro village was inaugurated as part of the activities to mark the 27th anniversary of the liberation day that is celebrated on 4 July annually.

The model village also has a Health Centre that has medical consultation rooms, a pharmacy, a medical laboratory, ophthalmology, minor surgery, and a health education room. It also has hospital wards, among others.

Inside the model village, Early Childhood Development Centers (ECDs), a primary and secondary school were constructed to extend education to children of the beneficiaries.

In a bid to promote the economic dependency of the beneficiaries, the chicken farm with 800 chickens, cowsheds for 102 cows, forage and forage storage room, fruit gardens, and space for trade (Agakiriro) was established.

Assiel Ndibabaje, one of the beneficiaries, praised the government for the initiative to settle them in new homes and hopes to use the opportunity to develop himself.

“I have never dreamed of living in a storied house, it is a real sign of liberation. We have been liberated from poverty; I am very thankful to the government for taking time to think about the economically disadvantaged citizens like me,” Ndibabaje said/

“The village has good schools and hospitals, everything here is amazing, we won’t walk long distances to get schools and medication for our people. We have visionary leaders who think lives in this country matter, we have been settled in beautiful houses. I take this gift for granted by mishandling them,” Ndibabaje added.

He further said that taking a patient to the hospital in case of abrupt sickness needed people walking long distances from their homes to the health centers.

For Sifora Nyirakariburwa, another beneficiary aged 69-year-old said that she has no words to express her gratitude to the government.

“In my entire life, I have never seen a government as good as this. I don’t know how we can ever thank the government, I only ask God to answer my prayers to always bless all the officials behind this visionary leadership ,” Nyirakariburwa said. 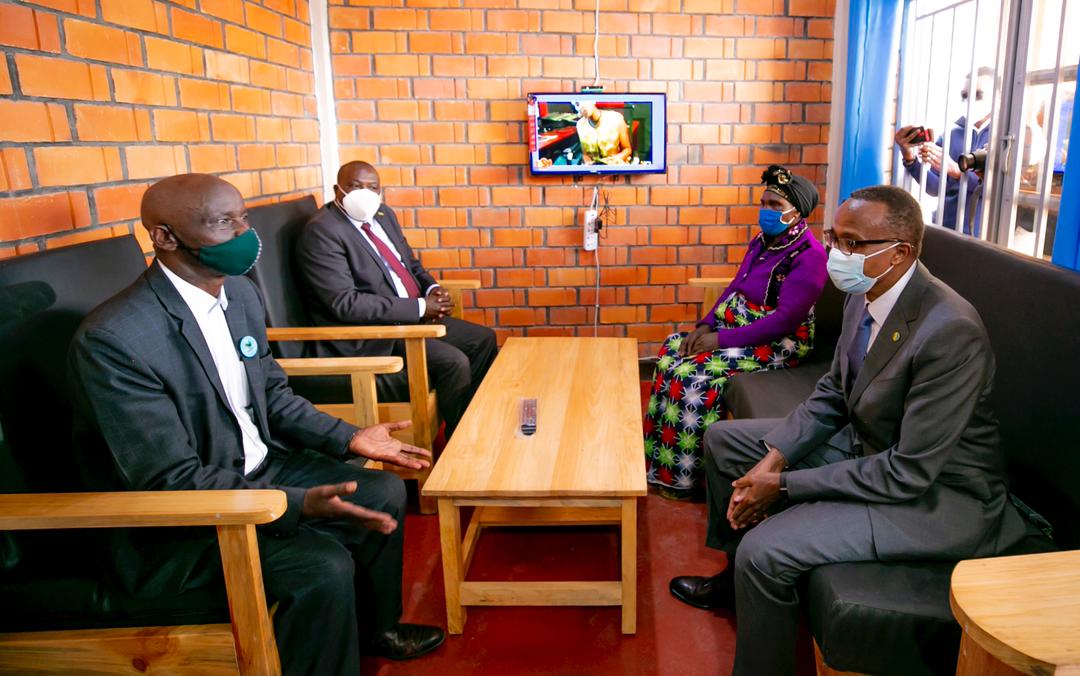 Some beneficiaries have been accused of mismanaging their properties.

“This is just incredible. I have no words. I only wish you had visited us in our former home and compared, with your own eyes. This is wonderful,” she added.

Solange Nyirakaderi, 42, a mother of five, will shift to her three-bedroomed house. She said her kids are so excited.

“It is a very good house; well-equipped and we are so happy to have it. We lived in a wood house over there in Nyejuru village. Our new house has gas, cement floor, and water yet we used to fetch water from a tap in the village at a cost of Rwf20 francs a jerrican,” Nyirakaderi said.

She further said that the kids were so excited to see our new home.

Without mentioning the number of destroyed properties, Gatabazi said that the government will not return to the model villages to rehabilitate each house, but the most vulnerable like elderly will have their properties renovated.

For the last ten years, more than 4,000 families have been resettled into model villages. The villages feature three-bedroom brick homes equipped with water, solar panels and sanitation systems, along with social and economic infrastructure.

The government’s goal is to have 70% of the population living in an urban area or village by 2024.

RIB Warns on Possible Cybercrimes Committed in Search for Views