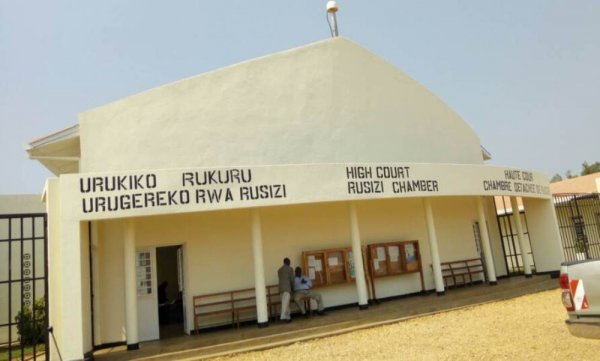 Rwanda Investigation Bureau (RIB) has arrested six citizens for allegedly holding in contempt a court and judges in a primary court Kamembe, Rusizi district in the Western Province.

The arrest follows an incident last week, in which some citizens (a group of women) who were not content with a court decision to release suspects accused of embezzling funds in a financial scheme.

The incident occurred on July 9, 2021 where about 50 women reportedly stormed the court protesting the release by the suspects who were accused of conning the group of their money through a fraud pyramid scheme- called ‘Blessing’.

At the time of the protest the ‘affected’ women argued that they had been conned by a group of people, and demanded justice and their funds refunded by the suspects who they had identified and made sure they were arrested.

In this fracas, the Judiciary said that the group of women pitched camp outside the courthouse and assaulted a judge and a court registrar.

Following the incident, a Supreme Court statement, signed by Harrison Mutabazi on July 12, said that such actions cannot be tolerated and that there are legal means through which a person aggrieved by a court decision can seek redress.

Though this is the first time Rwanda judiciary has recorded such an incident that is punishable by the penal code if the court decides to place charges on the suspects, Mutabazi said this should be avoided.

“We want to remind the general public that there are laws stipulating how people should conduct themselves in the precincts of a court of law…It is despicable for a litigant to assault a judge in the pretext of being dissatisfied with their decision,” Mutabazi said in part of the statement.

However, RIB said Tuesday in a Twitter message that the suspects are currently being held at the Kamembe RIB station as investigations into the incident are being done.

Apparently media sources indicate that two of the suspects in the financial scheme which was the cause of the court incident were arrested on July 4, 2021.

If found guilty of the crime of holding court in contempt, and assaulting court officials, the suspects could earn themselves a jail term of three to five years, but not exceeding the latter jail term.