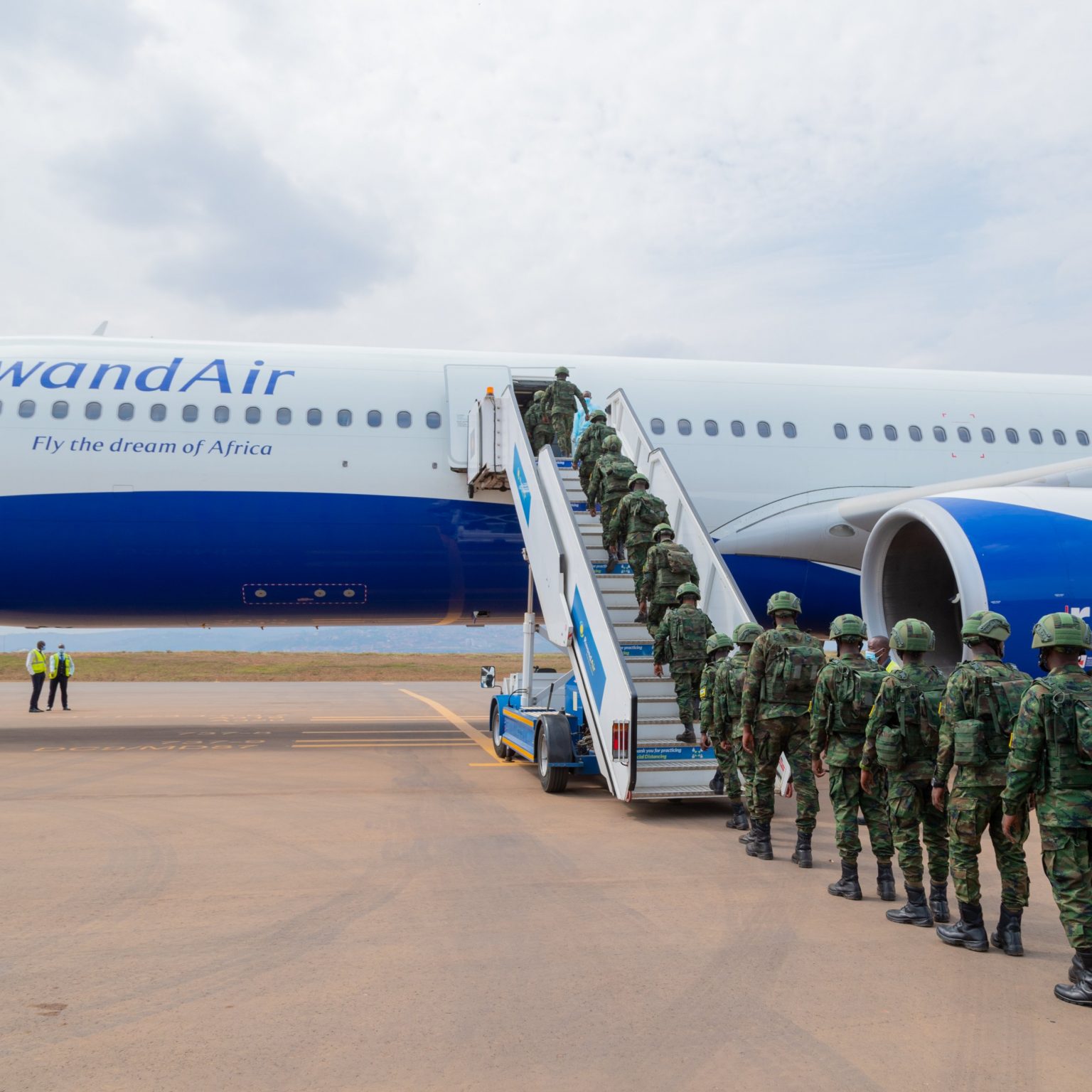 Deployment of Rwandan forces to Mozambique early this month

Rwanda Defence Forces (RDF) has confirmed Rwandan troops were recently engaged in a direct confrontation with insurgents in Palma zone in the North of Mozambique.

On July 9 and 10, Rwanda deployed 1,000 RDF and Rwanda Police forces to the Cabo Delgado, in northern Mozambique to take part in a special combat mission alongside the Mozambique Armed Defence Forces (FADM) and the Southern African Development Community (SADC) to uproot the insurgent militia groups.

Media reports indicate that on July 20, 2021 RDF soldiers left early from Afungi – where they made a base at the Total camp – to patrol a forest near Palma and encountered the insurgents in Quionga village where some insurgents were reported killed in the face-off.

Col. Ronald Rwivanga, the RDF spokesperson confirmed the offensive but said that Rwanda cannot confirm the numbers of those involved until they get a full field report from the Mozambique government.

“We are still waiting for a field report…Let the Mozambique side comment. No need for us to do so,” Col. Rwivanga said.

The Cabo Delgado Province has since October 2017, been affected by terrorism and insecurity manned by a group of insurgents affiliated to the Islamic State of Iraq and the Levant (ISIL).

On the deployment day, officials of Rwanda Defence Forces and Police forces said they were committed to restoring peace, security and sanity as part of their exceptional mission in the Cabo Delgado Province, North of Mozambique.