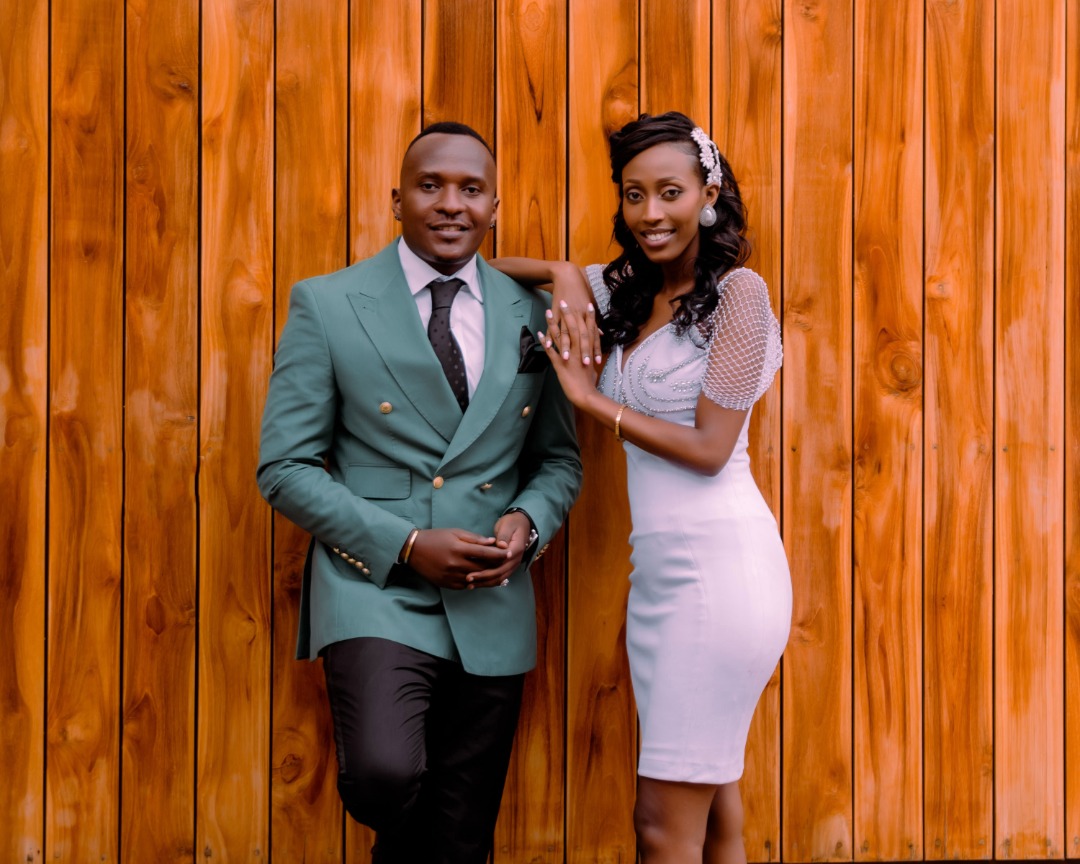 Singer Platini Nemeye and wife Olivia Ingabire are proud parents after welcoming their first born on Thursday morning. The former Dream Boyz singer who is now a solo artist using the name Platini P, broke the news on Whatsapp through a cryptic message thanking God for the gift of life.

“God is Great” the singer posted early Thursday morning. The ‘Atansiyo’ hit maker didn’t reveal much about the great news beyond the Whatsapp status but his fans and journalists were quick to reveal that Platini and his wife Ingabire welcomed a baby boy.

According to a close friend of the newly wedded couple, confirmed the news and went on to reveal the sex of the baby to local media.

“Yeah, its true Ingabire gave birth to a bouncing baby boy. Both the baby and the mother are in good health conditions,”

The couple exchanged wedding vows on March 23rd, 2021 in a colorful ceremony which took place at Landmark Hotel, in Kagugu.
The wedding was attended by celebrities including his colleagues at Kina Music record label such as Tom Close, producer Clement Ishimwe and his wife Knowless Butera and other members of the showbiz fraternity.

Platini shortly after introduction ceremony revealed that, he started dating Olivia way back in 2019, but preferred keeping the relationship under wraps because he doesn’t like putting his private life in the spotlight.

He has been music industry for over 10 years as a member of music duo Dream Boyz, but when they parted ways, he decided to pursue a solo career and his songs like ‘Atansiyo’, ‘Veronika’ and ‘Helena’ saw him establish himself as a solo act.