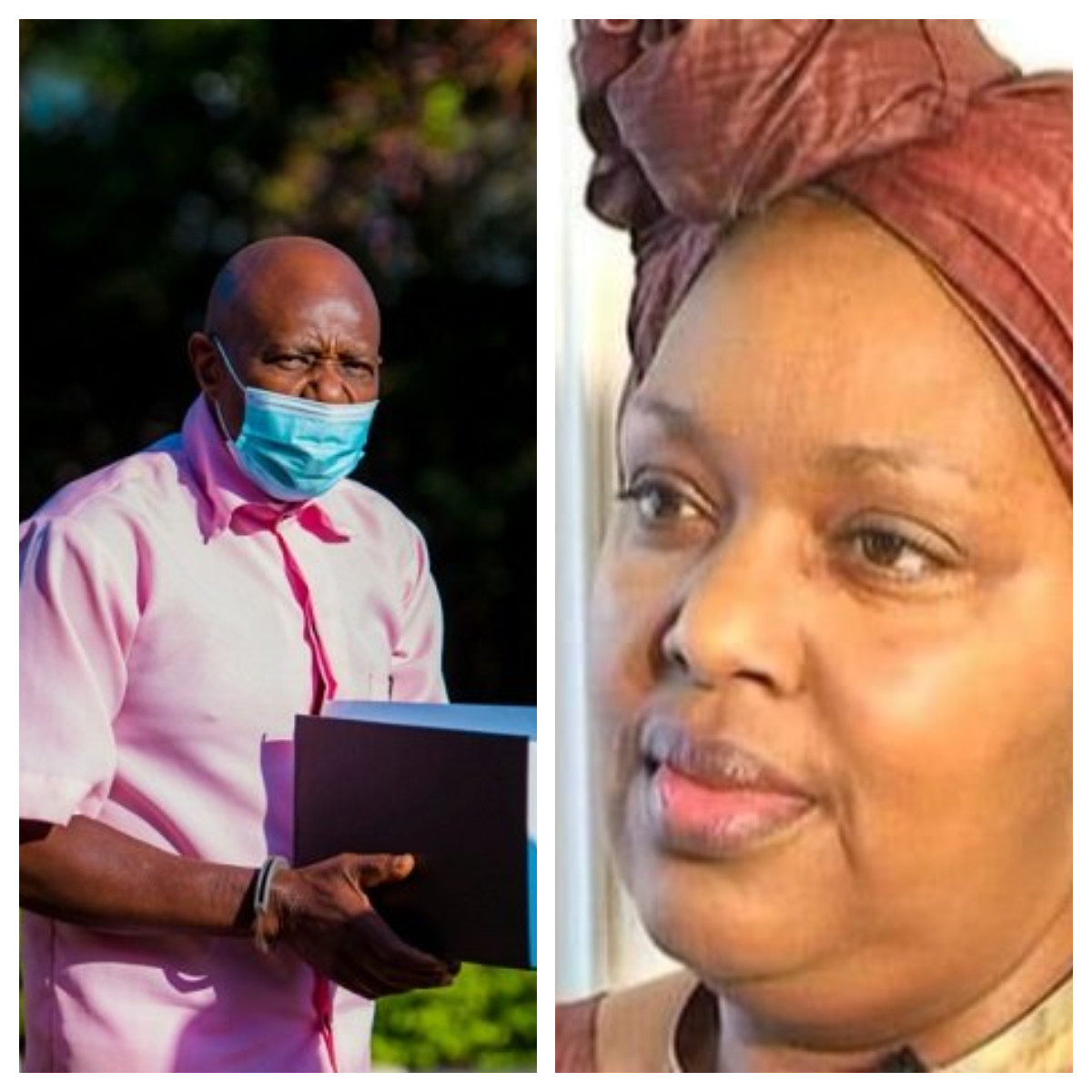 Evidence acquired by the National Public Prosecution Authority through judicial cooperation with Belgian authorities, points to journalists from at least two well-known media organisations working closely and sharing information with Rusesabagina and associates, between 2018 and 2019 when FLN carried out armed attacks on Rwanda.

WhatsApp messages retrieved from Rusesabagina’s computer and phone following a search of his house in Brussels by Belgian Prosecution, appear to show that some journalists from the Voice of America (VOA) Kinyarwanda service and BBC Gahuzamiryango, went as far as sharing stories with Rusesabagina and his team for approval before airing them.

In other cases, the journalists and editors of the said media outlets kept in constant contact with Rusesabagina and his team, as they played the MRCD/FLN mouthpiece role, particularly in the period leading up to the arrest of FLN spokesperson, Callixte Nsabimana, in April 2019.

In our previous article  we showed how Rusesabagina and other MRCD members hatched a plan to blame FLN attacks in south-western Rwanda on Government forces, with the then communication advisor, Espérance Mukashema, acting as the link with the two international radios.

In one of the correspondences following the arrest of Nsabimana, Rusesabagina (codenamed ‘Humura’) discusses with Mukashema, VOA’s Thomas Kamirindi and news editor Etienne Karekezi, how to communicate the FLN Spokesperson’s arrest, which they agreed to describe as an abduction.

The conversation involves a certain Appolinaire Nsengiyumva, who seemed to be the focal point, and a BBC journalist, who investigators confirmed was Ally Yussuf Mugenzi, discussing a press conference held by President Paul Kagame, touching on regional issues.

One of the chats retrieved from Rusesabagina’s phone shows the exchange between MRCD members involving journalists from internation media houses.

In the chat, it is revealed that VOA’s Karekezi shared with MRCD the intro and audio of a story filed by Eric Bagiruwubusa for approval before airing it, warning them that it shouldn’t be shared with anybody else outside the group.

From the chats, it appears Rusesabagina and his colleagues were planning how to communicate Nsabimana’s arrest and subsequent repatriation without causing panic within the ranks of FLN, and later on, the appointment of Herman Nsengimana as the new spokesperson of the armed group.

“Good morning, I will seek advice from Humura (Rusesabagina) so that he is the one to speak if possible. It is not possible for me to speak openly on radio because of where I am,” Nsengiyumva, whose name was mentioned several times in the FLN trial, told the group in a message with a timestamp of 05:52 on April 20.

Nsengiyumva, who had the alias of ‘Pasteur’, is a member of MRCD and businessman who at the time was based in Zambia and feared that speaking on an international radio like BBC or VOA would put him in conflict with the authorities of his host country. 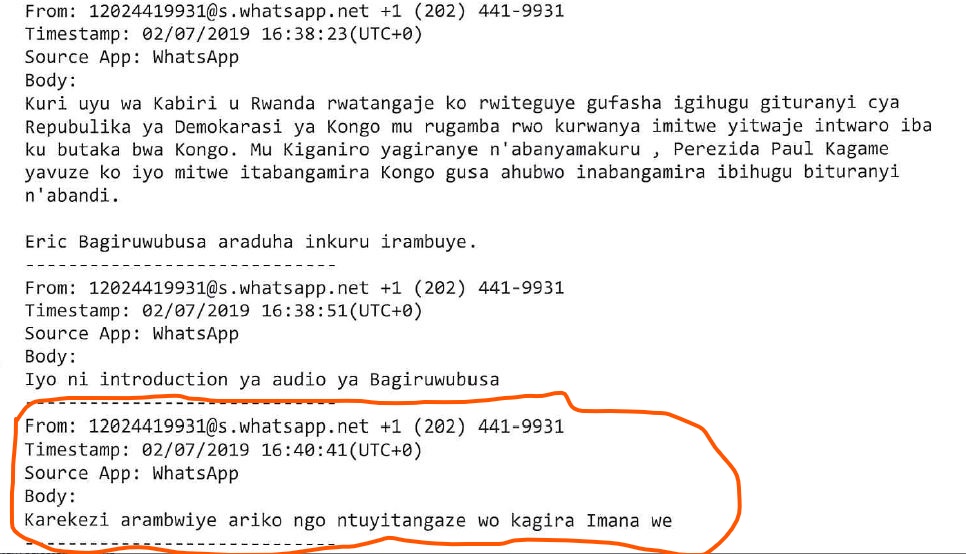 In this chat, VOA’s Karekezi shared a story seemingly for review before airing it.

He however confirmed that he had talked to Rusesabagina (Humura) to be the one to give an interview to VOA.

“I have just talked to Humura, he will communicate with Espérance and Kamirindi,” Nsengiyumva informs the group.

In another message dated July 02, 2019, with a timestamp of 16:38, Rusesabagina is informed by a number, which investigators confirmed is linked to Ally Yussuf Mugenzi, about a press conference President Kagame addressed and said that Rwanda was ready to support the Government of Democratic Republic of Congo (DRC) in its efforts to fight armed groups in the eastern part of the country.

In the same chat, Karekezi of VOA shared an audio and intro of Bagiruwubusa’s story to a member of MRCD

“On Tuesday Rwanda announced its readiness to assist neighbouring Democratic Republic of Congo in the fight against armed groups on Congolese soil. In a press conference earlier today, President Paul Kagame said that these groups are not only threatening Congo but also neighbouring countries,” the intro reads.

“Eric Bagiruwubusa gives us a detailed story,” he says, adding the audio for review. The MRCD member warned them to not share it with anyone else.

In another chat dated on April 30, 2019, with a time stamp of 14:38, Ally Yussuf Mugenzi exchanges with Rusesabagina on the whereabouts of Nsabimana, who constantly keeps the two radio stations posted on the status of the FLN spokesperson as reports of his arrest started to emerge.

Rusesabagina was in constant touch with BBC’s Ally Yusuf Mugenzi.

According to investigators, evidence showed that the engagement between the two radio stations and MRCD/FLN was much more than a relationship between a news outlet and a source.

The High Court Chamber of International and Cross-border Crimes is set to deliver a verdict in the trial of Rusesabagina and 20 others on September 20.