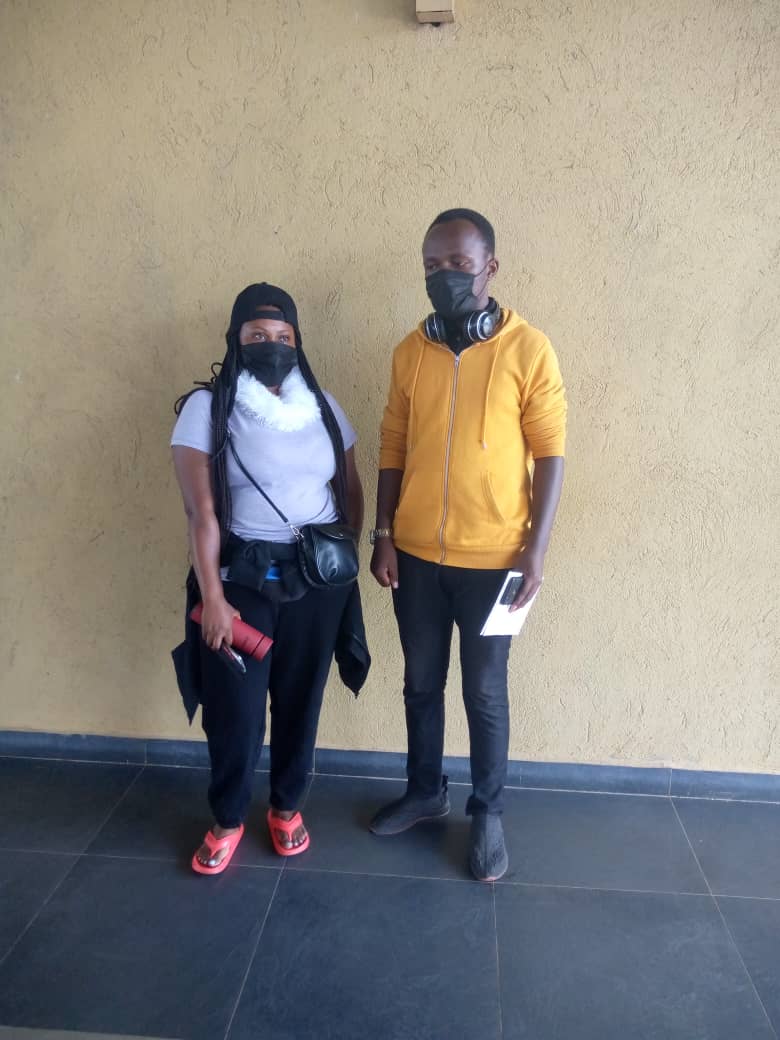 Aimable Ndayishimye 27, and Marie Kabahizi 25 from Rubavu and Gasabo district respectively, were on October 18 on their way from school to Rwanda when they were arrested at a Mbarara UPDF roadblock.

The two Rwandan citizens who have been in Uganda as students for nearly six years now, were arrested by three (03) UPDF soldiers and forced to move out the bus ( Juguar).

They took them to Makenke Barracks for five (05) hours accusing them to be going to Rwanda while the borders are closed.

Ndayishimye’s parents sent his friend, one Adam into Barracks for negotiations because the victims were asked money by soldiers equivalent to One Million Ugandan Shillings.

Adam negotiated until the UPDF soldiers accepted the 400,000 Ug.Sh.

Upon release, the two Rwandans found their way out and boarded another bus to Rwanda  and they crossed Gatuna boarder this afternoon.

In their testimonies, the students said that in the barracks they found a Rwandan family of six, with their car parked in the compound.

They could see some luggage aboard.

‘They revealed that most of UPDF officers who handled them in the Barracks speaks fluent  Kinyarwanda,” they revealed before advising fellow Rwandans not to travel to Uganda where Rwandans continue to suffer harassments of all kinds.

Rwanda has continued to call upon Uganda to desist from torturing Rwandans with baseless accusation that they sabotage their security.