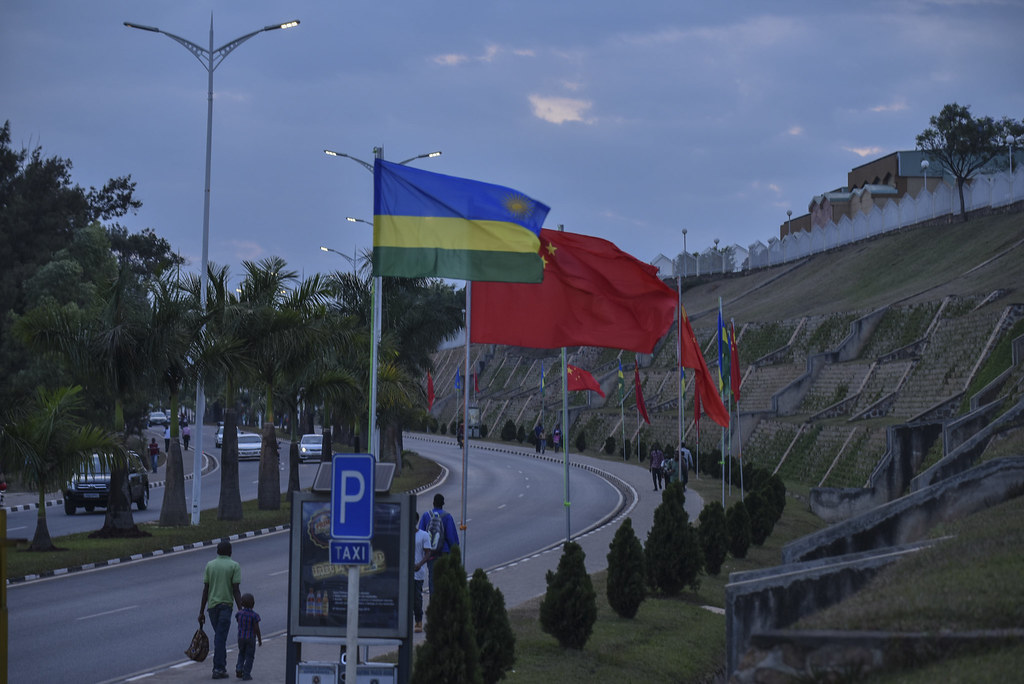 The 21st and latter part of the 20th Centuries, have been by any measure, the golden eras for Rwanda-China relations. As we mark fifty years, since China first opened its Rwandan Embassy however, what is most notable, is how a relationship begun at difficult times for both countries, managed to weather the storms.

In 1971, China was still going through the social and political convulsions, caused by the Great Proletarian Cultural Revolution. Earlier, complex permutations in the implementation of another policy, The Great Leap Forward, had led to mass starvation.

Poverty levels, including extreme poverty were high, and virtually the norm. The country’s Gross Domestic Product (GDP), was just $100 billion.

And as they opened their Embassy, China will certainly not have been aware, that Rwanda was under a Hutu Power, genocidal ideology, that would culminate in the 1994 genocide against the Tutsi. Rwanda’s own recorded GDP was around $200 million, but much less in real terms, as the country made virtually nothing.

The then government showed or little no inclination to measuring poverty levels. This was in many ways an honest position, since it had little interest in improving the lives of ordinary people. What resources were available went to the powerful, their friends and families, living the ordinary people to fend for themselves, the best they could.

In contrast, China’s policy at home, even when like the Cultural Revolution, or the Great Leap forward, the results were disastrous, the intention was for the development of the nation, the betterment of its people. There could have been no meeting of minds with the venality and nihilism of the Hutu Power ideologues in Rwanda.

It will have taken extraordinary feats of diplomacy for China, to sit tight and wait for better times. With a civilisation going back thousands of years, they, as much as any other people, know that nothing lasts forever.

Today, a firm friendship, based on real understanding, and mutual regard, flourishes between the two nations, both of which have gone through extraordinary transformations.

China’s GDP now stands at over $16trillion, second only to that of the United States of America, the largest in the world. Despite quibbling from some analysts, China has made absolute poverty a thing of the past. It has banished “the two worries” hunger, and clothing, and replaced them with the “three guarantees” of healthcare, housing and education.

China is now a world power, challenging the centuries old hegemony of the Western nations, and ready to play its part in world affairs, if the other powerful nations of the world can accept the immutable reality of its rise.

As much as anything else, the Coronavirus pandemic has demonstrated just how much and how far, China has advanced. You may not read, or hear of it much in the world’s media, but China is the one nation in the world, that can be said to have completely contained Covid-19.

The country remains ever vigilant for any resurgence of the virus, but while other nations of the world were battling second, and third waves of the pandemic, China was returning to normal. After initial contraction of their economy by around 6%, mostly as a result of lockdown measures, the country was the only industrialised economy to register growth, at just over 2.3%. In the first quarter of 2021, the growth was an eye catching 18.3%.

It is an extraordinary achievement, for a country that was the first to be hit by the then unknown virus. After initial missteps, the recovery was assured, not only for China itself, but for the world.

When they come to write about the about the world’s response to the Sars-CoV-2 pandemic, if they are sufficiently dispassionate, historians will point at the production of a vaccine, in a mere two years, instead of the decade or so, it normally takes, as one of the greatest achievements of the time. And they will record that without China identifying the virus’s genome, and sharing it with the world’s scientific community, such a feat would not have been possible.

In its own way, Rwanda’s achievement has been equally outstanding. Just under twenty-seven years ago, Rwanda, as a nation, had ceased to exist.

Contrary to what we might read in what we term “the mainstream media”, by which we really mean, Western media, the irrefutable reality, is that against all odds, on a continent that is yet to reconnect itself to its true self, after the ravages of Centuries of colonialism, the tiny nation has become an exemplar, to a path a modern day African state should take.

We see this in Rwanda’s relationship with China.

There is no shortage of the kind of “What’s China really up to in Africa” articles.

What we see from the relationship with Rwanda, however, is that what China is really up to in Africa, is that, with the right partner, one with a clear clear vision for their people, their nation, China simply seeks a mutually rewarding relationship.

Another country that has performed exemplary in protecting its people against the Sars- Cov-2 pandemic, is Rwanda. Even with the most minimal resources, the country is among the best performers, not only in Africa, but globally.

In this, Rwanda has needed the support of more advanced nations to achieve what it is achieving. In a sign of true friendship, China is among the nations that has offered steadfast support.

The most noble intentions can too often be betrayed by unintended consequences. Despite that, results generally reflect what is intended. It is clear that China intends a relationship with Africa that is based on mutual regard, and understanding.

When, as with Rwanda, China’s best intentions meet an Africa, whose every intent is the advancement of the continent and its people, the results may have their imperfections, but they will be a step towards the much less imperfect state of the world.

Fifty years since China first opened its Rwandan Embassy, the two nations are at a moment when the stars are aligned for a nexus of right intentions.

It is not a responsibility either nation sought, but the relationship is not only important to Rwanda and China, but to other African nations, as they reflect on the nature of their own relationship with China.