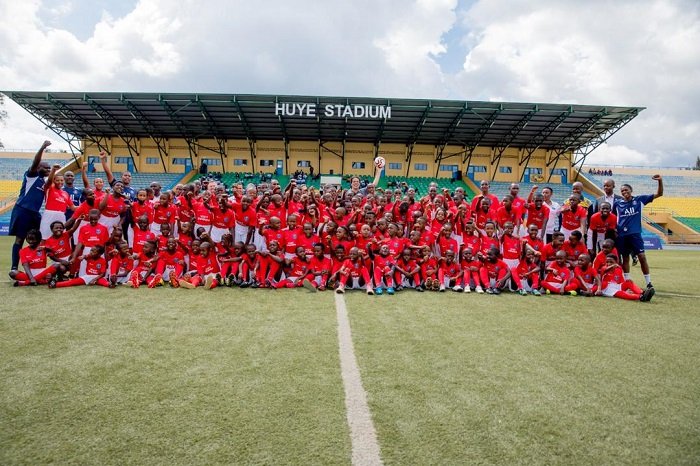 The PSG academy will recruit 172 boys and girls aged from 6 to 16 for the training at Huye stadium. The academy was launched on Saturday 27 and seeks to give opportunity to young ones a potential sporting facility with coaches specially trained by the club, PSG.

According to Rwanda Development Board (RDB), the flagship program of the partnership between Paris Saint-Germain and Visit Rwanda, the academy in Huye is completely free and has the mission of training future talents and encouraging Rwandan youngsters to play football.

This season, 172 children – boys and girls aged between 6 and 16, who were selected during scouting sessions attended by 2,000 children are part of the academy’s project.

For one season, these youngsters will have the opportunity to train in a Rwandan first-division stadium. The sessions will be led by local staff trained by the club. They will be trained in the spirit of Paris Saint-Germain and their style of play.

Every year, around 500 additional children will be invited to take part in courses or events organized on the site, in order to give them a taste of the Paris Saint-Germain experience.

“We welcome the contribution of PSG academy in Rwanda. The introduction of specialized training to Rwandan football technicians and coaches is an added advantage to Rwanda’s football development,” Shema Maboko Didier, the Permanent Secretary in Ministry of Sport and Culture said.

“The academy in Huye district will also improve the socio-economic situation of the local population. The Government of Rwanda is committed to continuing the development of this program so that it can reach its intended objective,” he added. 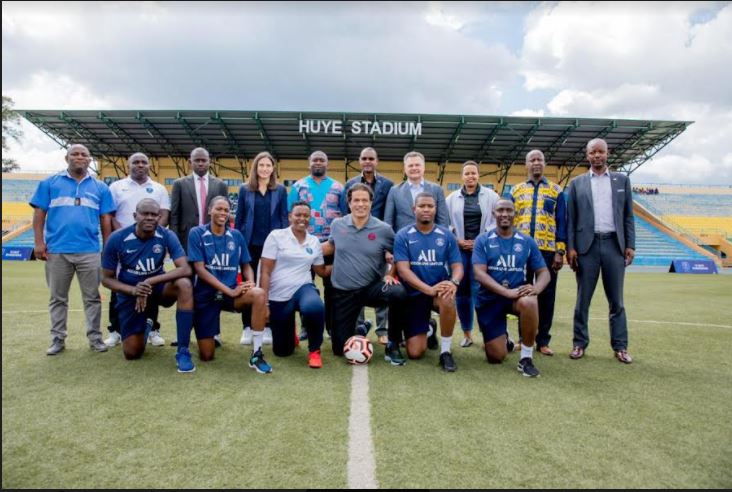 “We are delighted to open this new academy in Rwanda. This project, fruit of a long-term collaboration with our partner Visit Rwanda, is very important to us. It marks a new stage in the development of football in Rwanda and will make it easier for many young Rwandan players to access top-level apprenticeships. This academy also boosts the club’s presence in Africa,” Nadia Benmokhtar, Head of Brand Development at Paris Saint-Germain said.

“The creation of this academy is very emotional for me as it echoes my own experience. At age 14, a professional football club gave me a chance after seeing me play in the street. At the time, there were no organisations like this! This academy gives many young people a fantastic opportunity to fulfil their potential. I am delighted to have met them and wish them great success for the future,” Raí said.