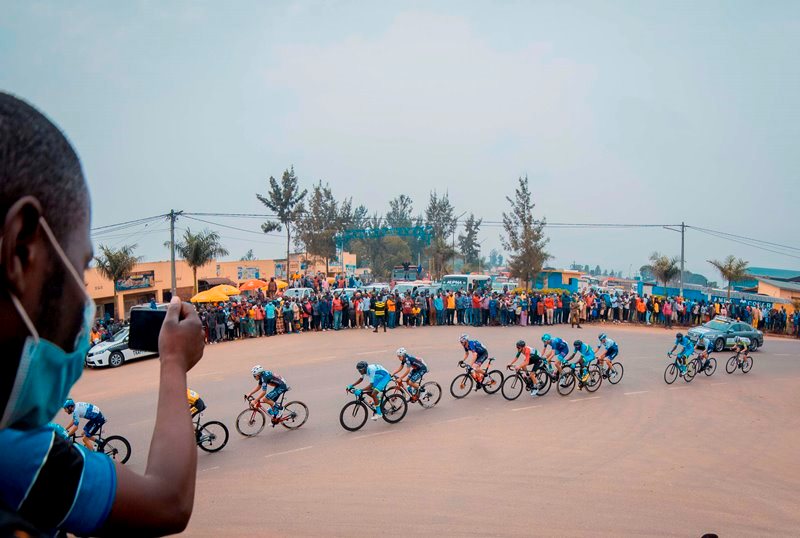 The 2.1 Tour du Rwanda, a tournament under International Cycling Union (UCI) has  concluded with the same enthusiasm legacy across Rwanda.

The tournament which brought together 19 teams including two from Rwanda meant excitement for people from all walks of life. 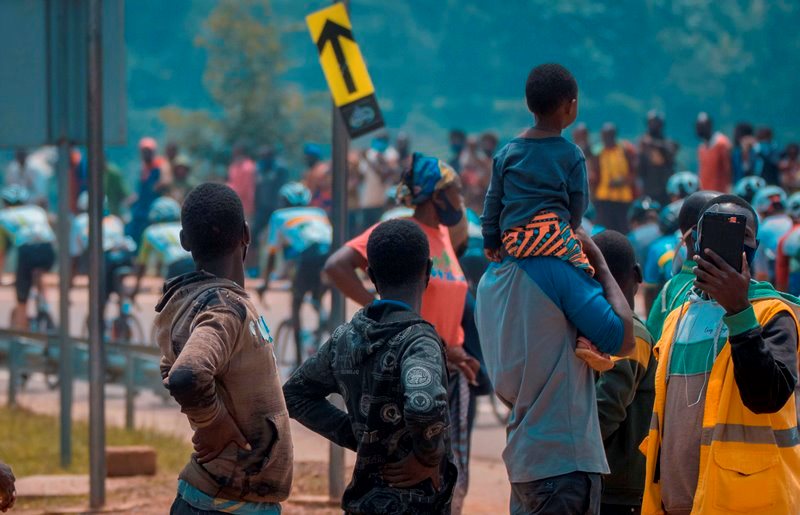 At the roadside children coming from school or those with guardians from home could be seen watching with interest as riders climbed or or descended freely mountains  in a country of a thousand hills. 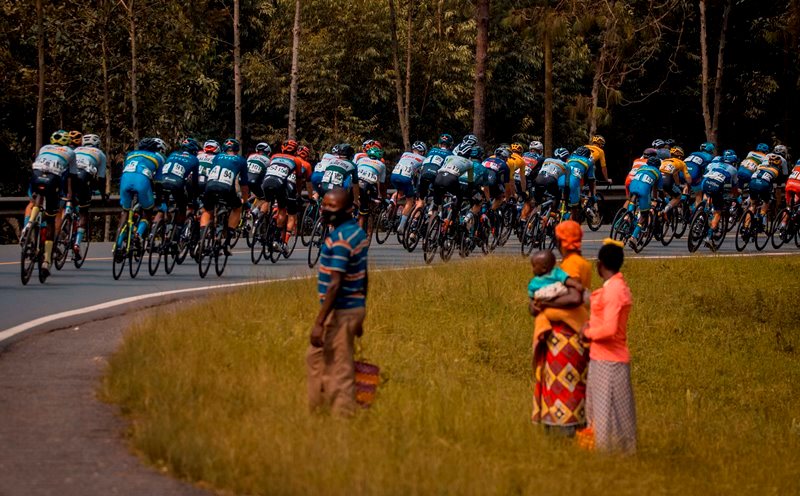 The children who may seek to be inspired were lucky because their parents themselves were interested by the race. 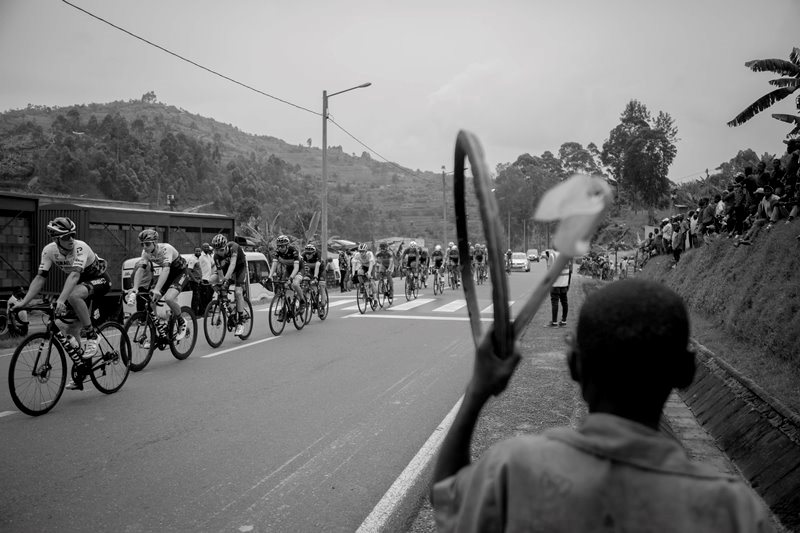 In some instances, children had their own “bicycle”, just a scrap of a bicycle wheel which shows Rwanda’s special bonds with the bike even before the existence of 14 year old Tour du Rwanda. 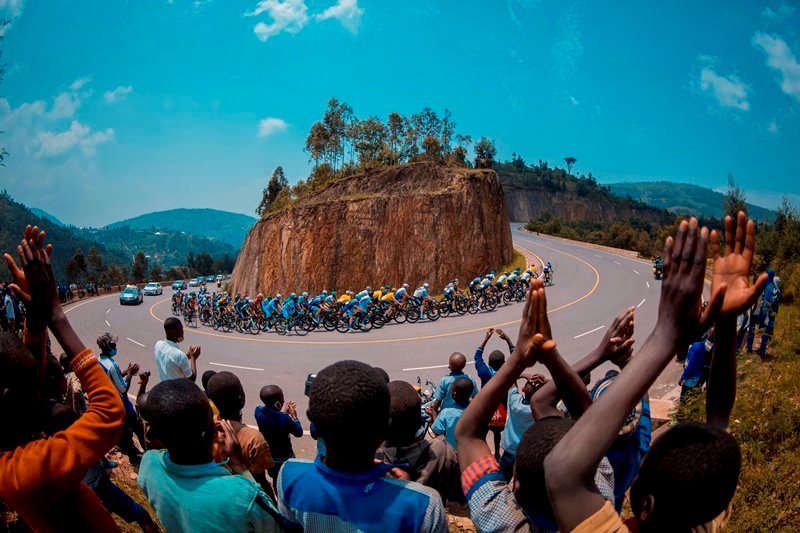 That dream to ride may explain why Rwanda’s Cycling Federation(Ferwacy) efforts to register cycling tournament in schools would be the path to success of the tournament. 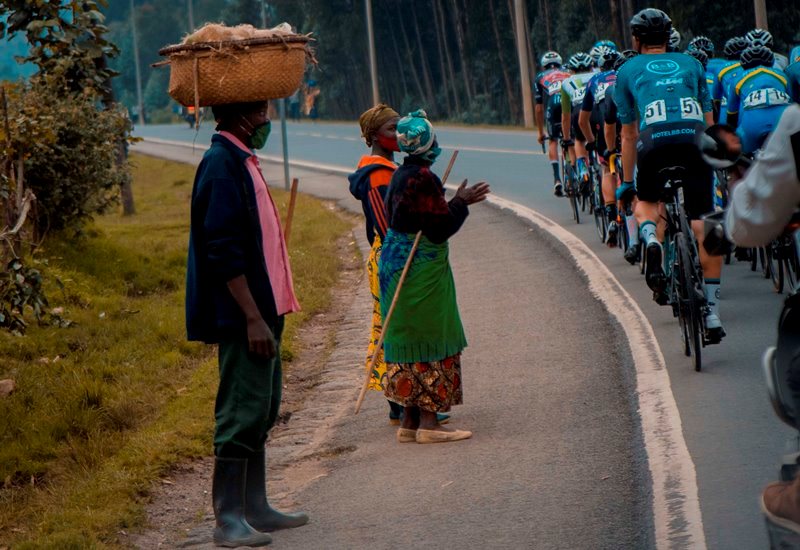 The elderly are also increasingly becoming the distinguished fans of the tournament and their excitement may mean that, would they have a grandson/daughter, cycling would be something they may propose them. 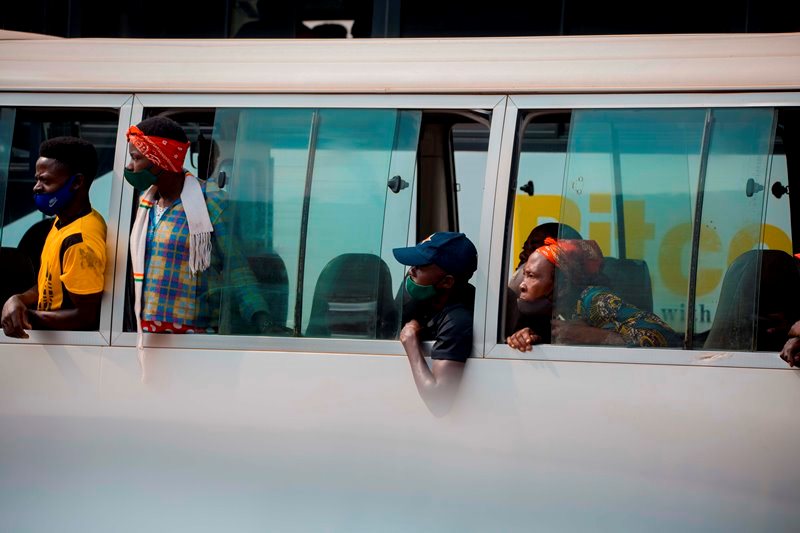 The attention of this old woman in the door of 30 sitter bus may explain it all. No wonder, she was not indifferent.

Meanwhile, it is very clear, that people from all walks of life just paused from their businesses to watch the tournament whenever riders were on the road next to their house. 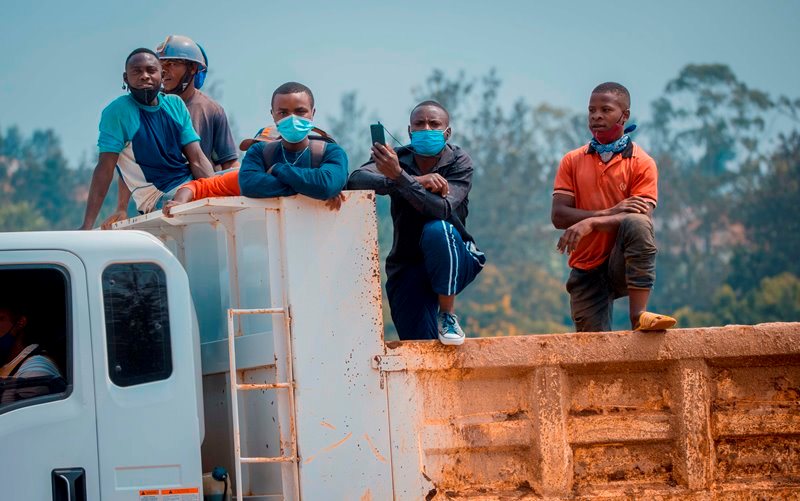 Others just caught up with the rolling, or rather, “flying” bikes with professionals from Middle East to  Maghreb and those from the heart of Africa and way beyond. 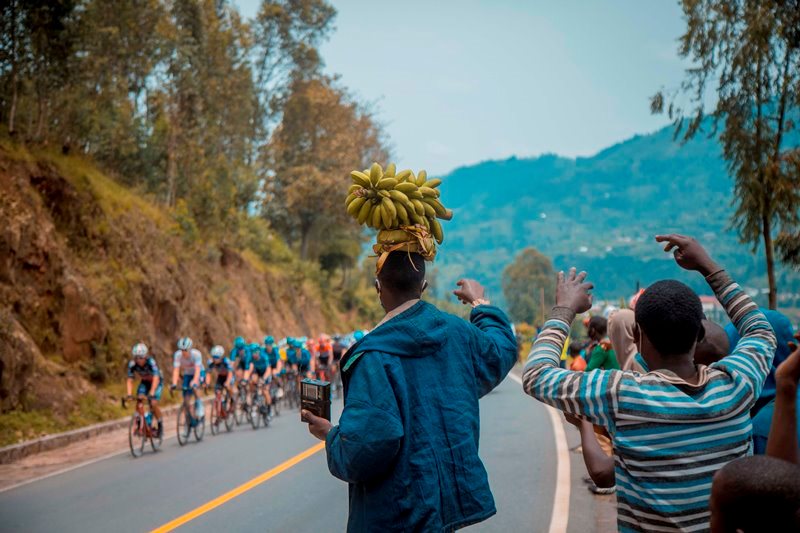 It’s the case of this man who was coming from farm. He was not satisfied with just watching, but he also tuned in to listen to commentators to optimize the enthusiasm. 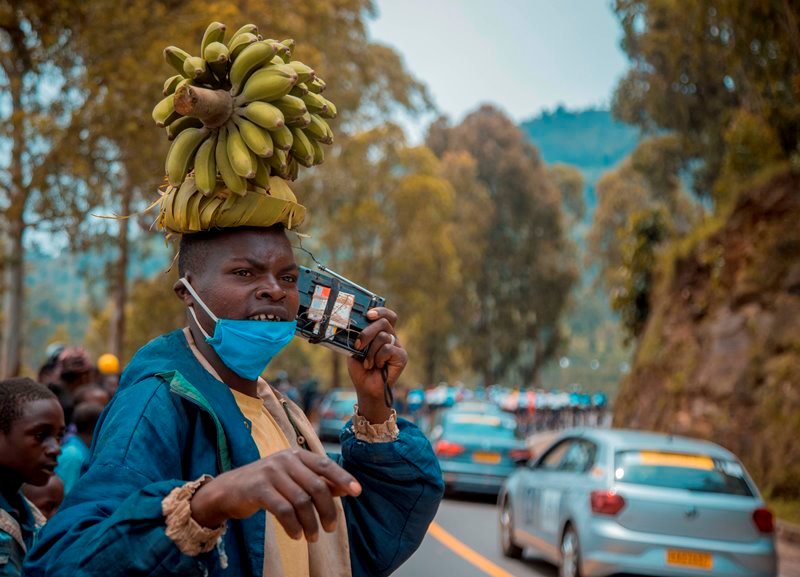 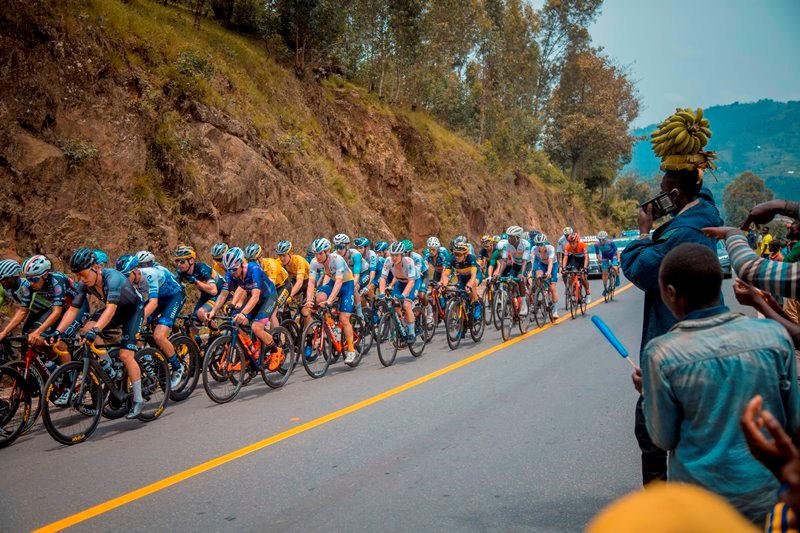 Meanwhile, the traffic police had heavily deployed to prevent any inconvenience and allow seamless ride across the country. 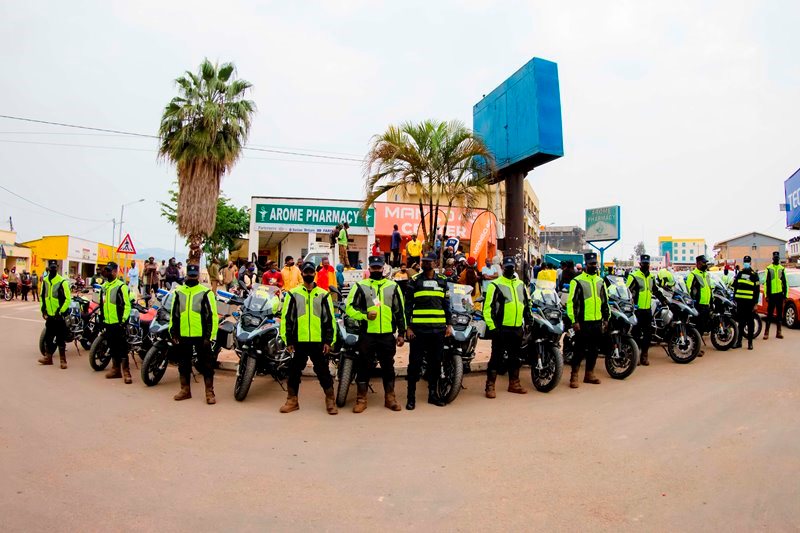 It was important to be vigilant especially in the busy roads of Kigali, its satellite and secondary cities, but also in the hilly routes where spectators would always flock after seeing the advance party. 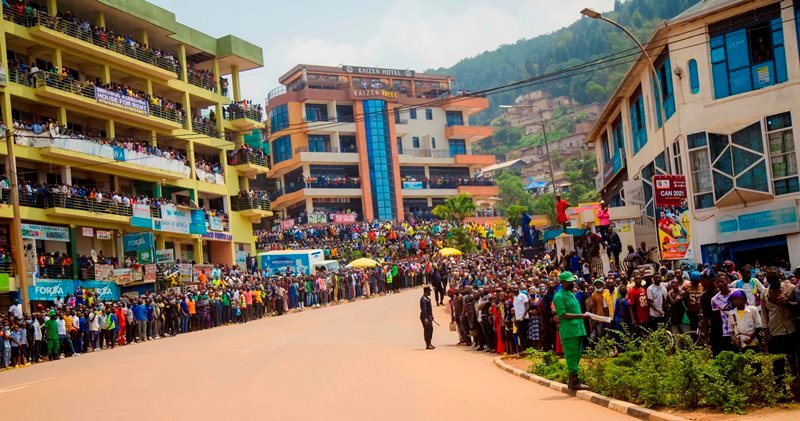 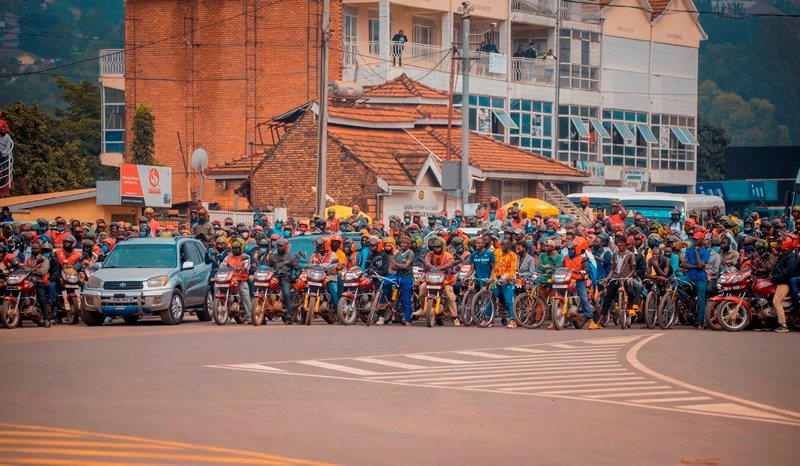 To maximize the excitement, sponsors of Tour du Rwanda have understood the importance of borrowing stars of other sports and football was the choice with Rujugiro( bellow L) and Rwarutabura. 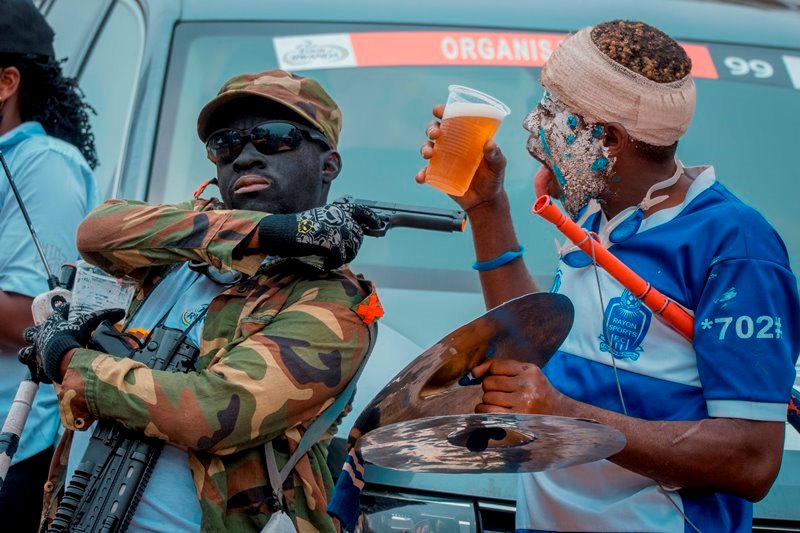 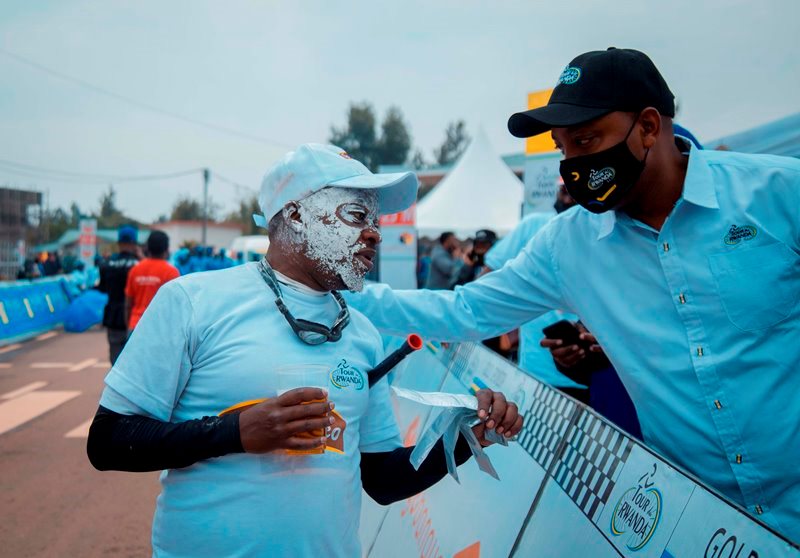 On their side riders themselves showed that cycling is a sport of fair play, organization which also involves a lot of planning, talking and adjustment to face every other challenge through the race. 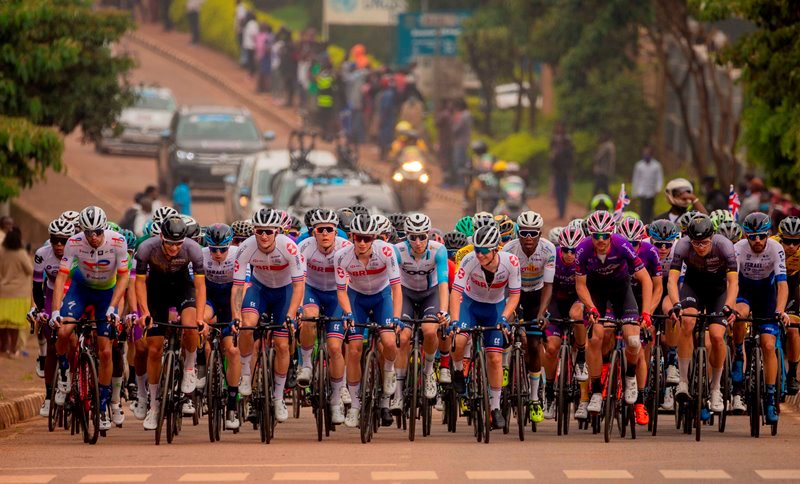 Spectators did not just watch; they were kin to keep the records for memories. 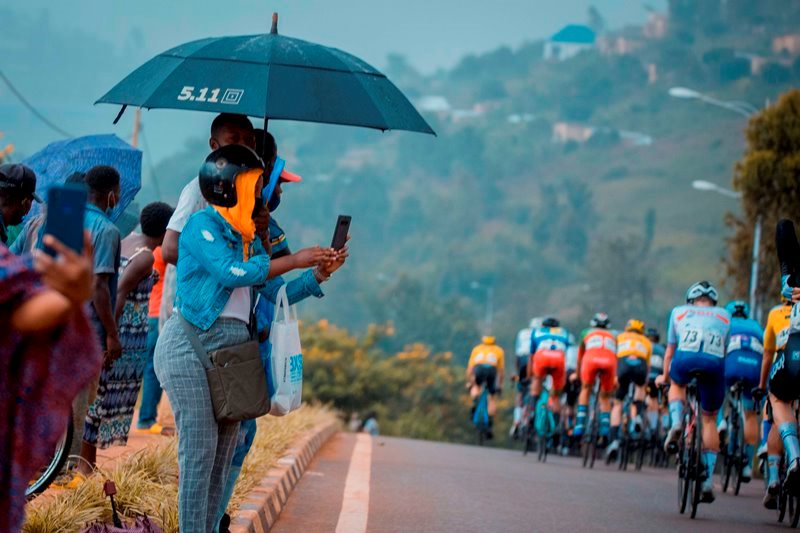 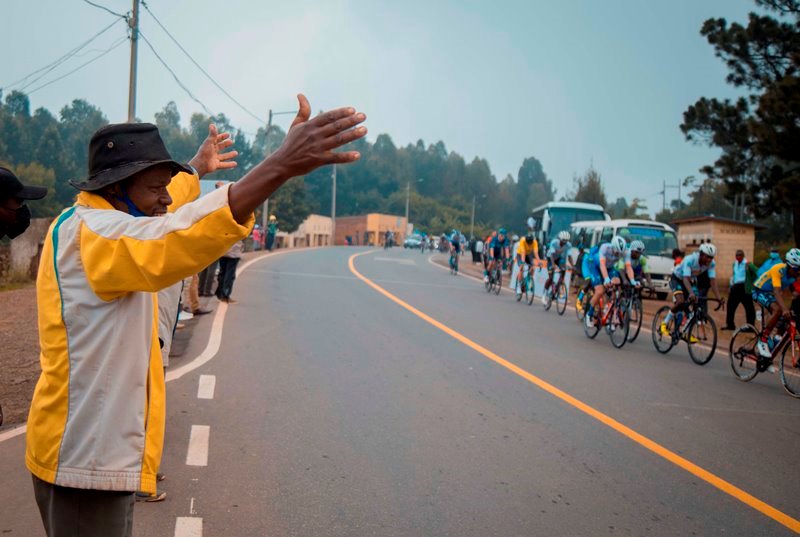 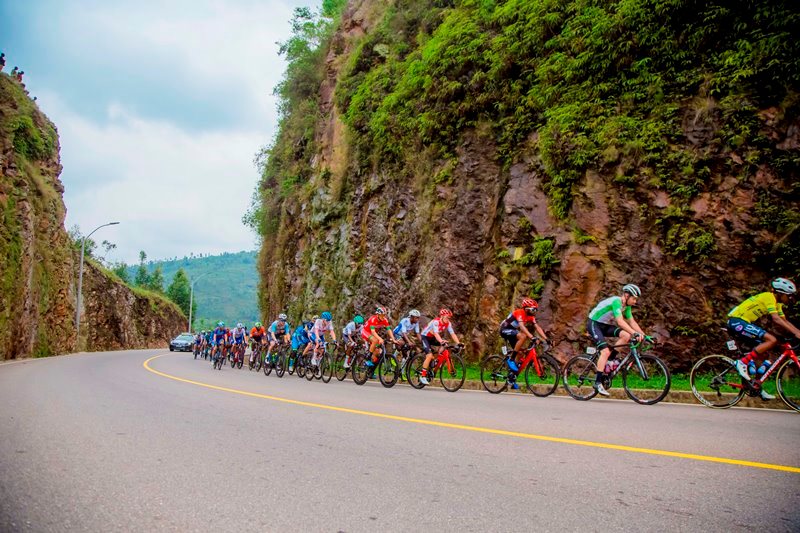