The Chief Justices of Rwanda and Singapore met virtually.

The meeting followed the signing of the Memorandum of Understanding for Judicial Cooperation and the Memorandum of Guidance as to the Enforcement of Money Judgments between both courts in April 2021, where both Chief Justices expressed their commitment to judicial excellence and the rule of law.

Present at the he meeting were Judges, senior judicial personnel and representatives from the two sister Judiciaries. With respect to evident close collaboration and remarkable progress made by both courts on the ongoing key initiatives, Chief Justice Dr. Ntezilyayo noted that the cooperation between the two Judiciaries has already yielded tangible results especially in the area of judicial training on topics such as, Judicial outreach, ADR practices, Common Law and Use of precedent, adjudication of financial, tax and commercial disputes; adjudication of economic and financial crimes; commercial conflict of laws and international litigation. 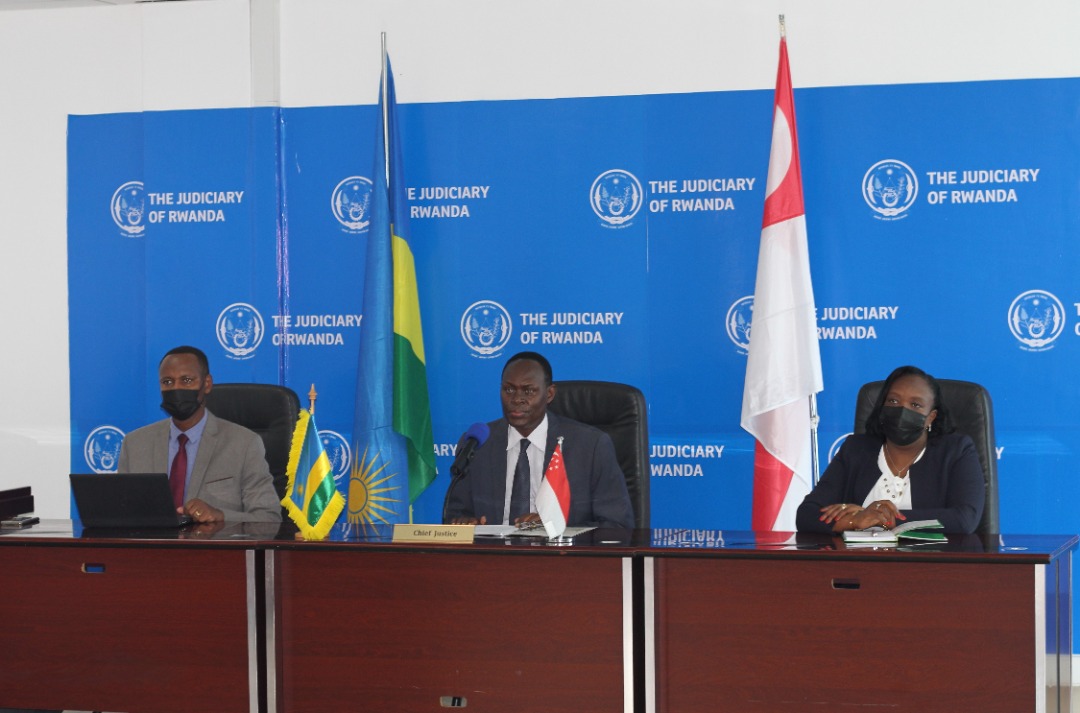 Chief Justice Menon reiterated that Singapore and Rwanda share many similarities. For one, both nations are relatively small states which aspire towards punching above their weight regionally, if not beyond that, and this has given sister countries an unwavering commitment to pursue excellence in all that we do, which is reflected in our respective judiciaries’ pursuit of judicial excellence.

The continued pursuit of cross-border judicial cooperation, the sharing of best practice and mutual learning serve to keep both nations on the cutting edge of legal and judicial innovation so that our courts remain able to discharge their functions in the administration of justice amidst a rapidly changing legal landscape
Chief Justice Dr. Ntezilyayo informed the participants that the Judiciary of Rwanda has established the Executive and Advisory Committees in charge of overseeing the implementation of this bilateral cooperation.