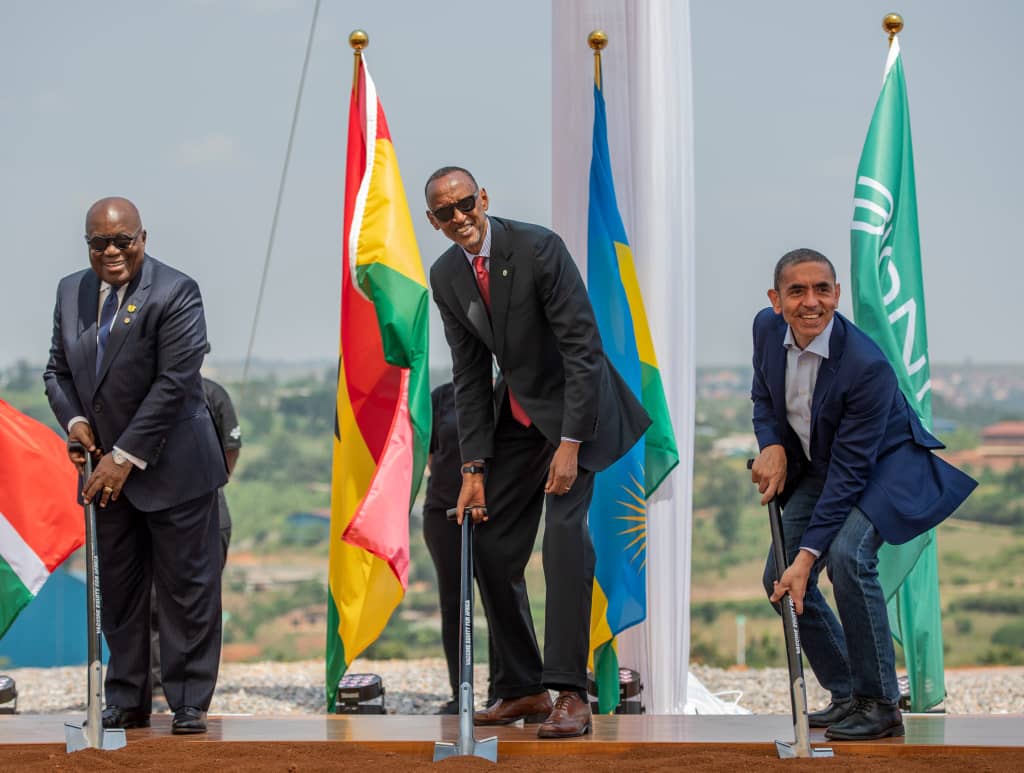 President Paul Kagame has described the commencement of the construction of first mRNA Vaccine Manufacturing Facility in Africa in Rwanda as a historic milestone towards addressing vaccine equity.

The Head of State made the observation at the groundbreaking ceremony for BioNTech’s initial African modular mRNA manufacturing facility in Kigali, which will be located in the Kigali Special Economic Zone (KSZE) in Gasabo district.

“This ground-breaking is really a historic milestone towards vaccine equity. Rwanda intends to build on this investment by putting in place the conditions to attract other manufacturers and innovators,”

“Rwanda fully supports BioNTech’s commitment to power this factory entirely with green energy, and we will work together closely to achieve that. The land we are standing on, is dedicated to biopharma manufacturing,” President Kagame said.

Construction is expected to be fully complete in two years, with the delivery of first container modules planned for end of 2022.

President Kagame said that said that the facility in Rwanda is a result of the African Union’s decision last year to take action on vaccine inequality and it will go a long way in addressing the vaccine challenges the continent faces.

“This facility is one of three identical sites planned by BioNTech, in line with that strategy, including Senegal and South Africa. So, really, a big thank you to everyone who has played a critical role in getting us to this point. This is just the start, but a big start,” President Kagame said. 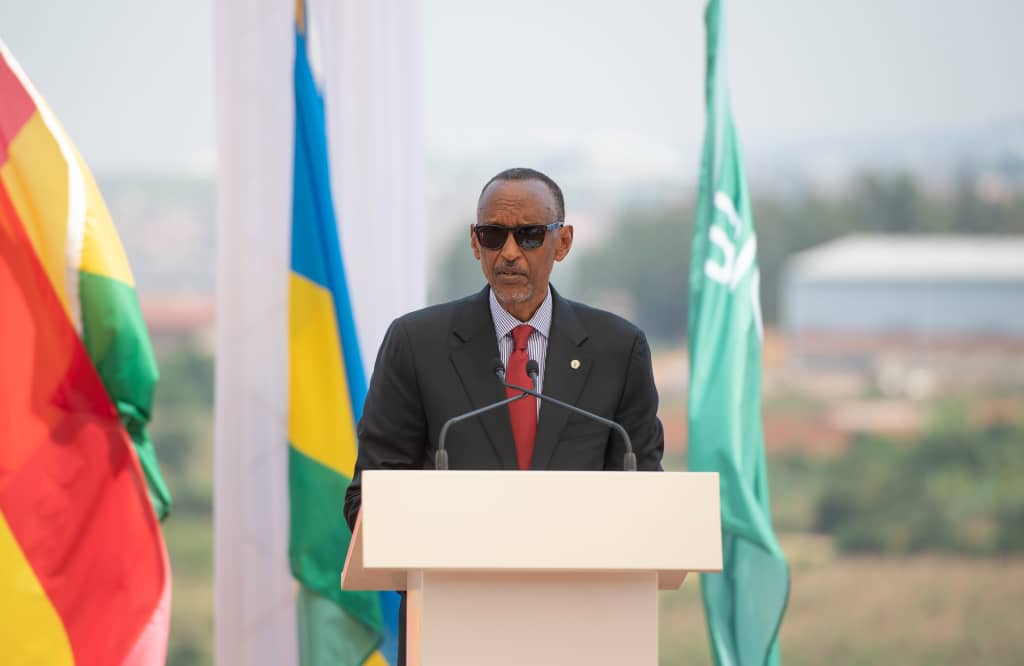 The ceremony was attended by the President of Ghana, Nana Akufo- Addo, the African Union Commission Chairperson, Moussa Faki Mahamat, the Director General of World Health Organisation (WHO), Dr. Tedros Adhanom Ghebreyesus and the Senegalese Minister of Foreign Affairs, Aïssata Tall Sall, who represented President Macky Sall, who is also the chairperson of the AU.
Speaking at the ceremony, the BioNTech CEO and Co-founder, Prof. Ugur Sahin, said the establishment of BioNTech’s pan-African end-to-end manufacturing network for mRNA-based vaccines will be a major breakthrough for the African continent in addressing vaccine shortages seen during the Covid-19 pandemic.

“Our response to the covid-19 pandemic has introduced mRNA technology as an ultra-platform. It has a transformative potential. It provides the opportunity to rethink Global access to innovation and create equitable access to new medicines,”

“We have reached the next milestone with the construction start of the first African mRNA manufacturing facility based on our BioNTainers – just four months after we introduced the BioNTainer concept in February,”

“This factory will be the first in an African network to provide sustainable production capacity for mRNA pharmaceuticals,” Prof. Sahin said, adding that more manufacturing facilities in Africa and on other continents are planned to follow.

“The goal we pursue together with governments and regulatory authorities is to produce vaccines for Africa here with highly skilled professionals from Africa,” he added.

The scalable mRNA vaccine production facility will be initially equipped with two BioNTainers, and is expected to employ about 100 staff by 2024, with a target for the first set of manufacturing BioNTainers to be delivered to the site by the end of 2022.

The Germany-based company expects to set up additional factories in Senegal and South Africa in close coordination with its partners in the respective countries. The initial site will become a node in a decentralized and robust African end-to-end manufacturing network. 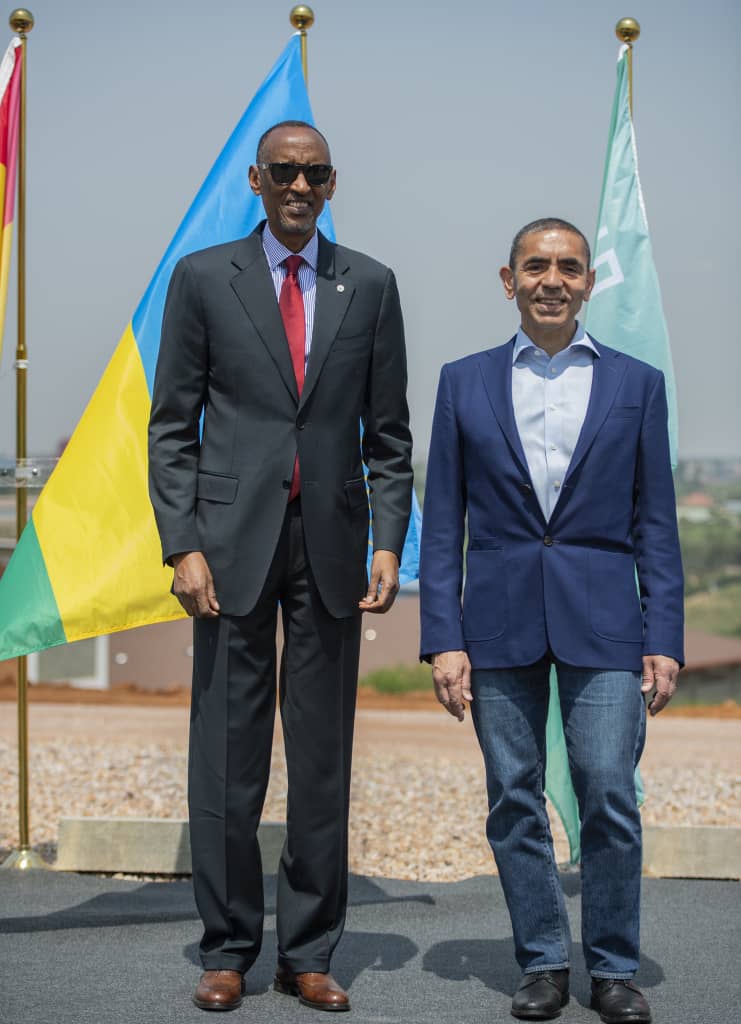 All vaccines to be manufactured in the network will be dedicated to people residing in member states of the African Union.

During the event in Kigali, BioNTech provided an update on the joint establishment of mRNA manufacturing facilities and the development plans for BioNTech’s malaria vaccine candidates.
The ground-breaking ceremony was also addressed on video by Ursula von der Leyen, President of the European Commission and the Germany Chancellor Olaf Scholz, who expressed their commitment to back the initiative.

BioNTech, the biopharmaceutical company which co-developed the first approved mRNA-based vaccine (Pfizer-BioNTech COVID-19 vaccine), will work with staff from its sites in Germany to accelerate the training of about 100 colleagues who will be running the production and all associated laboratory and quality assurance tasks on site.

The hiring of the initial local personnel is commencing now and will include about 20 roles, which can be found here.

Earlier at the Malaria and Neglected Tropical Diseases Summit, which opened in Kigali today, Prof. Sahin introduced the Company’s program aiming at the development of a highly effective malaria vaccine based on BioNTech’s mRNA platform. The vaccine candidates are expected to enter first-in-human trials later in 2022.

The BioNTainers will be equipped to manufacture a range of mRNA-based vaccines targeted to the needs of the African Union member states, which could conceivably include the Pfizer-BioNTech COVID-19 vaccine and BioNTech’s investigational malaria and tuberculosis vaccines, if they are successfully developed, approved or authorized by regulatory authorities. 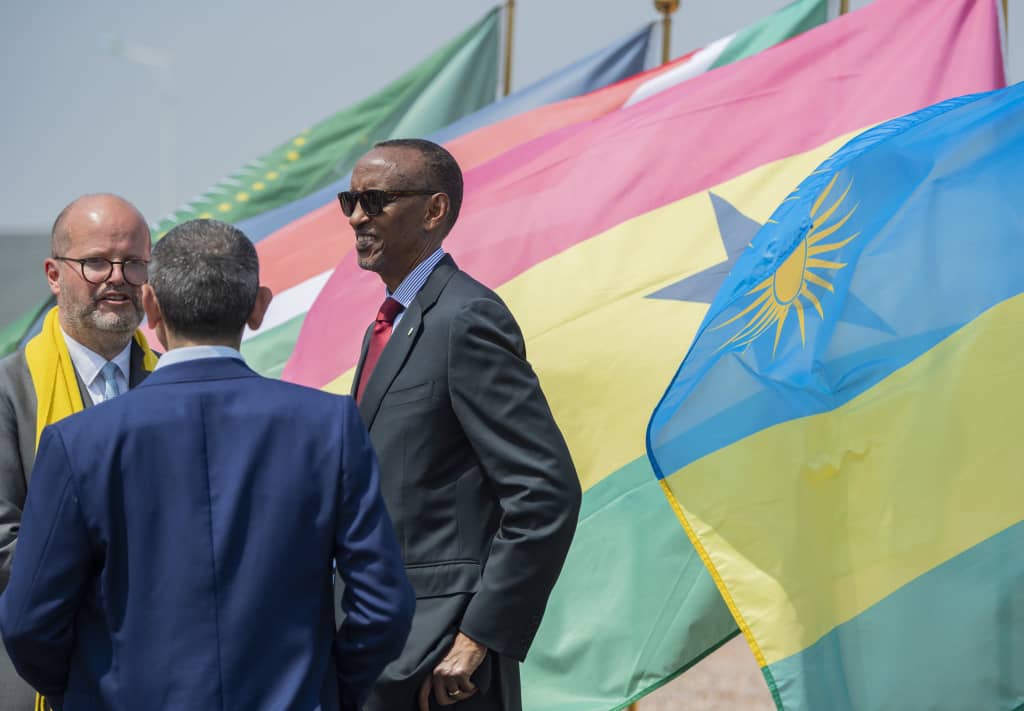 The estimated initial annual capacity of e. g. the Pfizer-BioNTech COVID-19 vaccine will be about 50 million doses. Manufacturing in the BioNTainers in Rwanda is expected to commence approximately 12 to 18 months after their installation.

BioNTech supports the international treaty on climate change (“Paris Agreement”). To this end, the Company is committed to operate its African manufacturing sites, including the initial plant in Rwanda, on a climate-neutral basis using renewable energy. The facility will be supplied with renewable energy.

In February 2022, the Company introduced its approach to scalable vaccine production by developing and delivering turnkey mRNA manufacturing facilities based on a container solution. 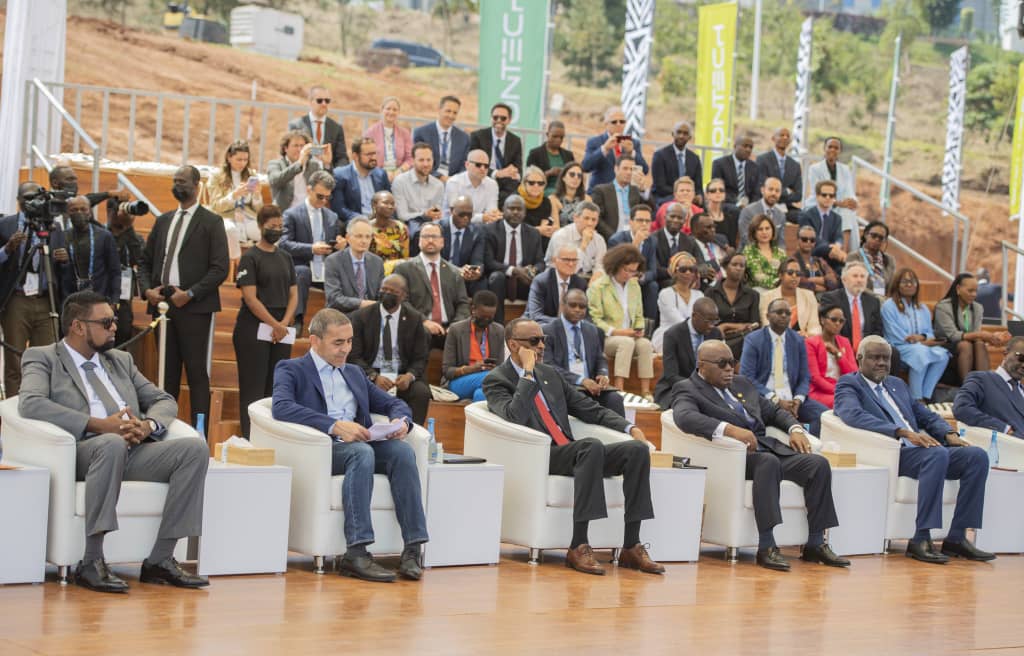 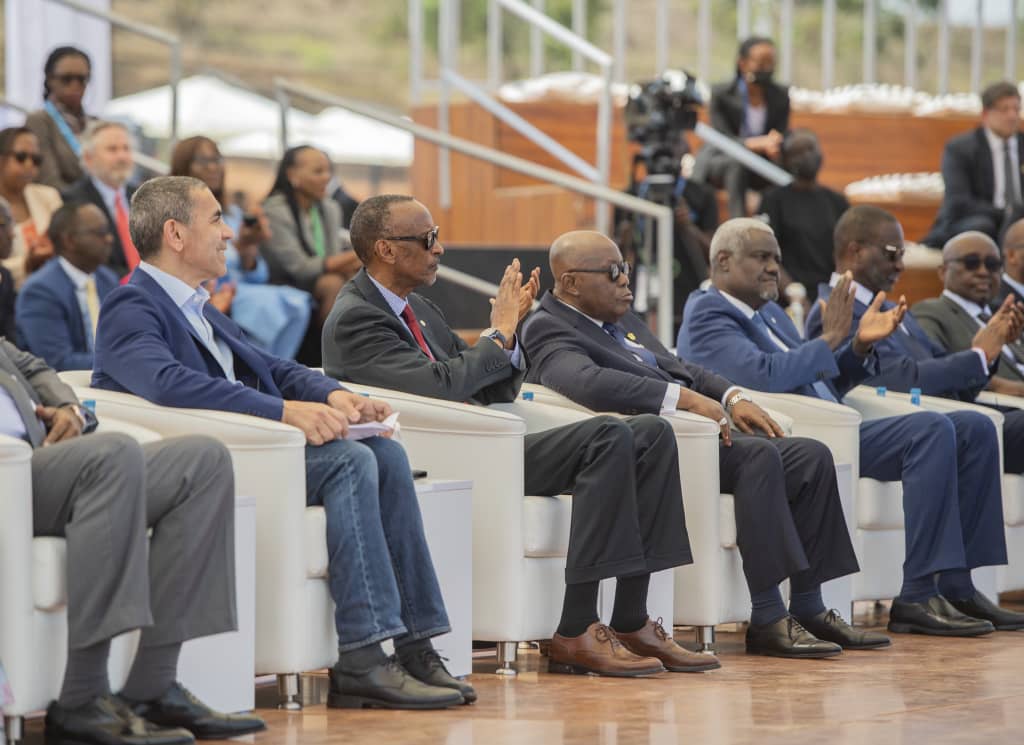