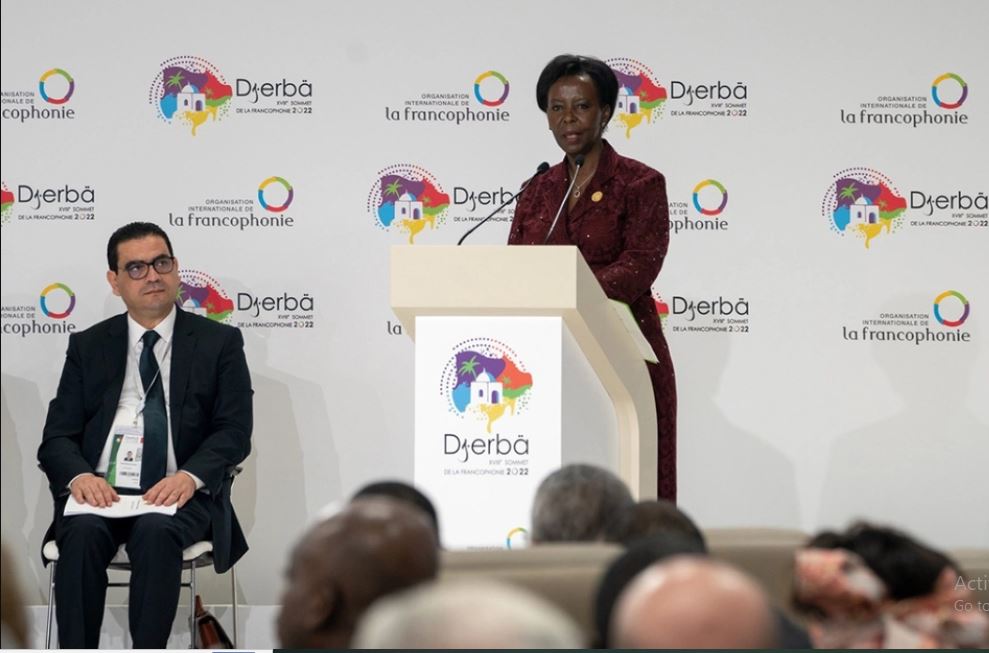 Louise Mushikwabo speaking at the 18th summit of La Francophonie

Louise Mushikiwabo has been re-elected Secretary General of the organisation of the French Speaking Countries’ organisation, commonly known as La Francophonie.

Mushikiwabo who run unopposed was unanimously re-elected to serve a second four year term at the two day summit ongoing in Djerba, an island off the coast of Tunisia.

The 61 year old Rwandan diplomat  was first elected at the helm of La Francophonie in 2018 replacing Canadian Jean Michelle and she assumed office the following year.

President Paul Kagame and First Lady Jeannette Kagame are among the leaders who attended the OIF summit which runs from November 19-20.

La Francophonie or in long form Organisation Internationale de la Francophonie(OIF)  includes 88 member countries. It is 50 years old. The next summit will due in France.