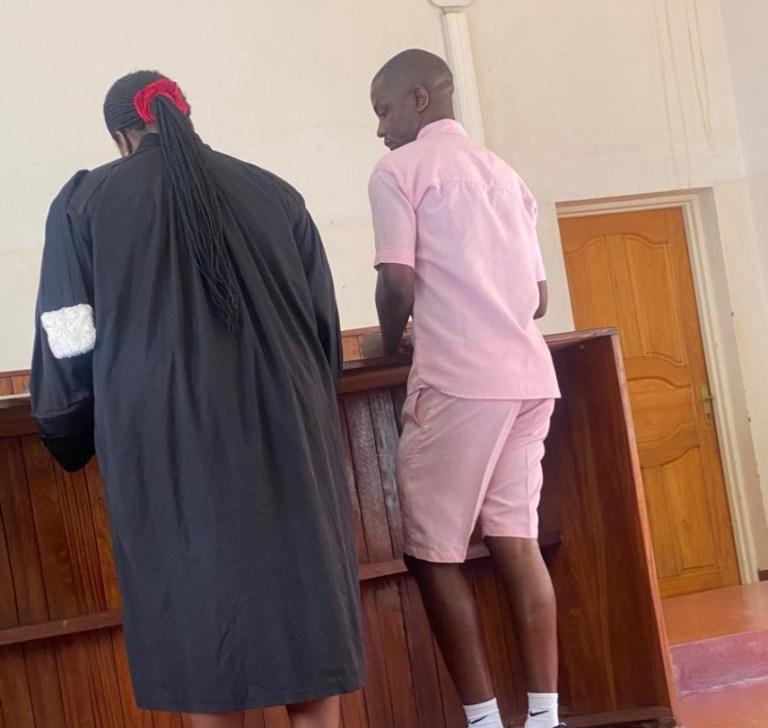 Prince Kid and his lawyer Emmelyne Nyembo in court in October. He was not in court when the verdict was pronounced.

Nyarugenge Intermediate Court on Friday acquitted the CEO of Rwanda Inspiration Back up, Dieudonne Ishimwe, also known as Prince Kid, on all three charges after court ruled that Prosecution failed to provide convincing evidence to pin Ishimwe who was facing three charges including rape, harassment and soliciting or offering sexual favours in the much publicized case.

The Judge, while delivering the ruling, said that the Prosecutors could not provide enough proof that the accused committed the alleged crimes, paving way for his immediate release but on provisional grounds. However, Prosecution still has a window to appeal.

Prince Kid, as he is commonly known, was arrested on April 26 while the trial kicked off in May. He was denied bail in June. The case was heard in camera on request of Prosecutors who said that victims and witnesses needed to be protected from the public.

The accused was not in court when the verdict was read. He is expected to be released from Nyarugenge Prison, know as Mageragere, where he was being held.

While reading the verdict, the judge gave a background of the case stating that two of the witnesses that testified in court did not pin Prince Kid on the two charges of rape and soliciting sexual favours while there is no evidence to suggest that he sexually harassed the third respondent.

Court dismissed the audio which was used to pin Prince Kid, saying that what is heard is a man appealing to a girl for a love affair and there is no mention of the accused forcing the alleged victim to sleep with her. Basing on documents signed before a public notary, two of the girls rescinded their accusations but Prosecutors said it was done under duress.

Court also said that the audio which was used as evidence could not be authenticated. Celebrations erupted among Prince Kid’s supporters and family members who were present in court during the reading.