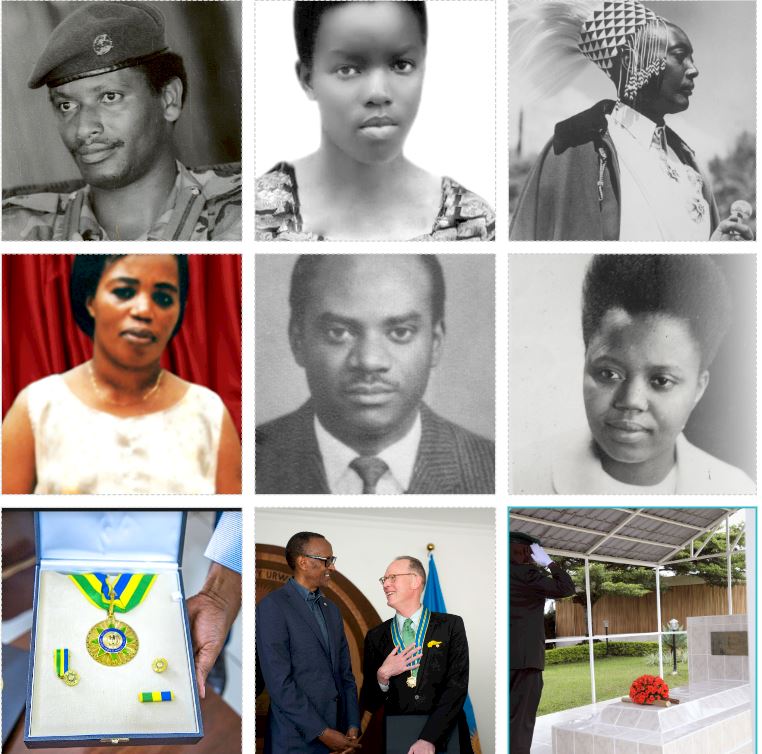 On February 1, Rwanda pays tribute to men and women in all walks of life with supreme acts which, in several instances cost their lives: celebration of National Heroes Day.

The same date is also dedicated to recognizing all those nationals or foreigners who, in different periods of time spared no efforts to give the country what it needed most.

National heroes are included in three categories of Imanzi, Imena and Ingenzi.

This category comprises the unknown soldier representing all the soldiers who died during the Rwanda’s liberation struggle, and Major General Fred Gisa Rwigema, the first commander in this struggle who also died while fighting to have all Rwandans enjoy their motherland.

“Belonging to this category are people whose acts were accompanied with supreme sacrifice, which even cost their lives,” said Nicolas Rwaka, Director of Research at the Chancellery For Heroes, National Orders And Decorations Of Honour(CHENO).

CHENO is in charge of identifying, thanking, honoring and celebrating the memory of Rwandan citizens or foreigners who distinguished themselves by acts of heroism and other acts of bravery serving as good examples. 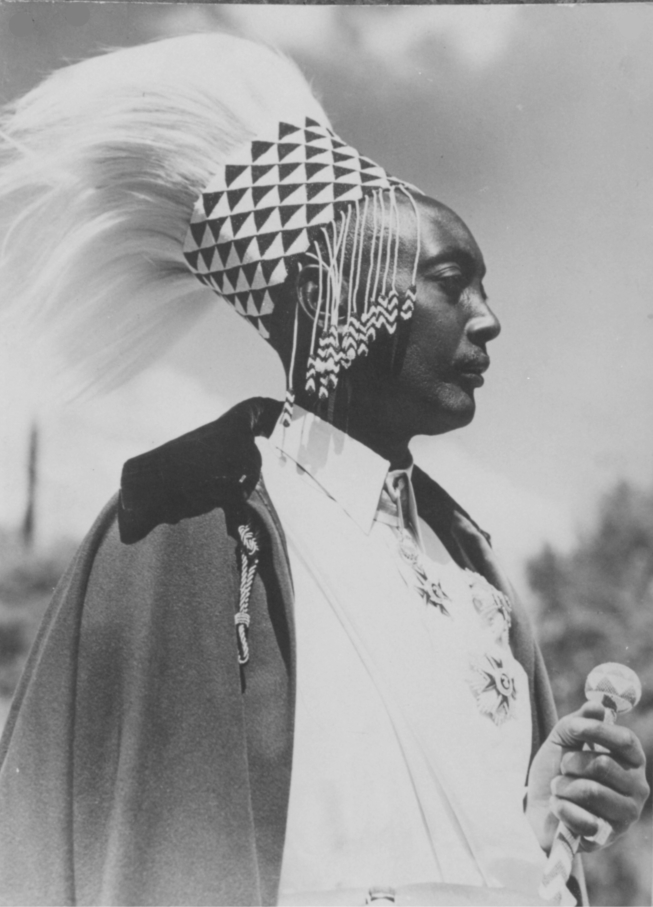 The second category of Rwandan heroes is Imena, the Hero who seconds Imanzi and who is reputed for his/ her extraordinary acts for the country which are characterized by supreme sacrifice, high importance and example.

The students, from Senior six (18) and senior five (29) from Nyange in Ngororero district, Western Province refused to separate themselves between Hutu and Tutsi on order of genocidaires from Democratic Force for Liberation of Rwanda(FDLR) who attacked them from Democratic Republic of Congo(DRC) in March 1997. 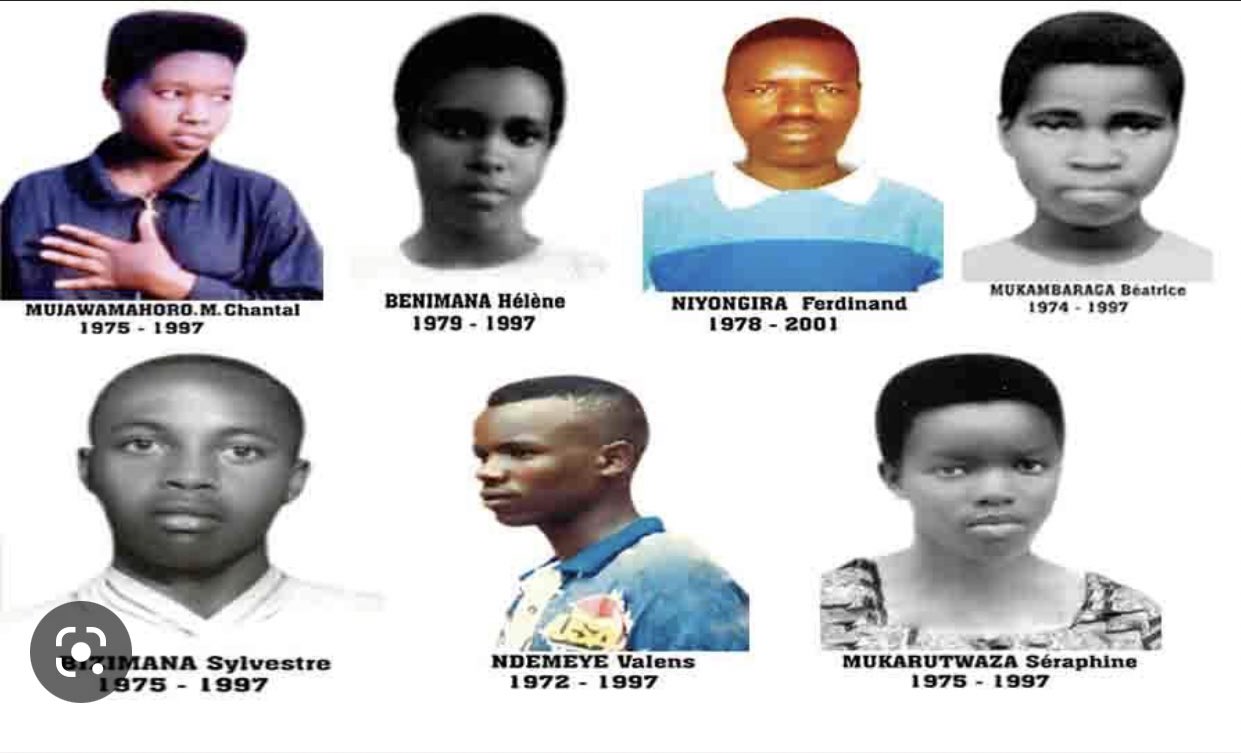 Seven of them were shot dead while others sustained injuries.

“The category may include people who are still alive and those who died,” said Rwaka.

The third category of Ingenzi also include a Hero who seconds IMENA and who is notorious for his/her good ideas or his/her outstanding achievements characterized by supreme sacrifice, great importance and high example.

None has so far been approved as hero in this category, but, according to Rwaka, it does not mean that none qualifies, but a research to approve heroes takes time.

On top of national heroes, Rwanda also recognises people who did outstanding achievements, to encourage people to adopt the culture of excellence in all their undertakings by awarding them with national orders. 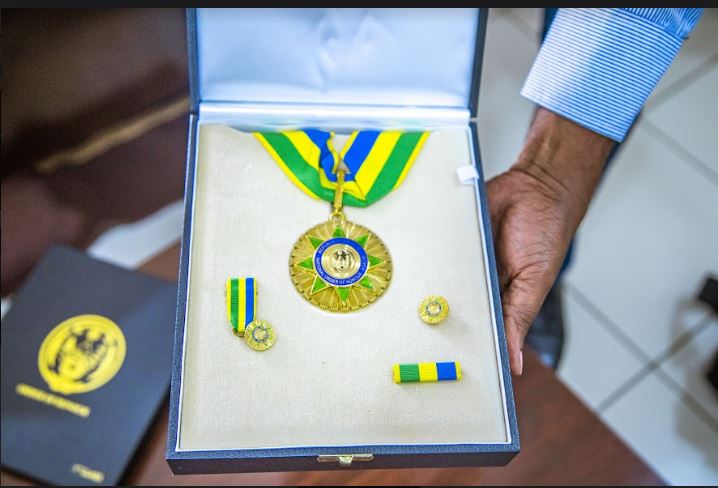 There are in Rwanda seven national orders that are awarded to nationals and foreigners who deserve it. 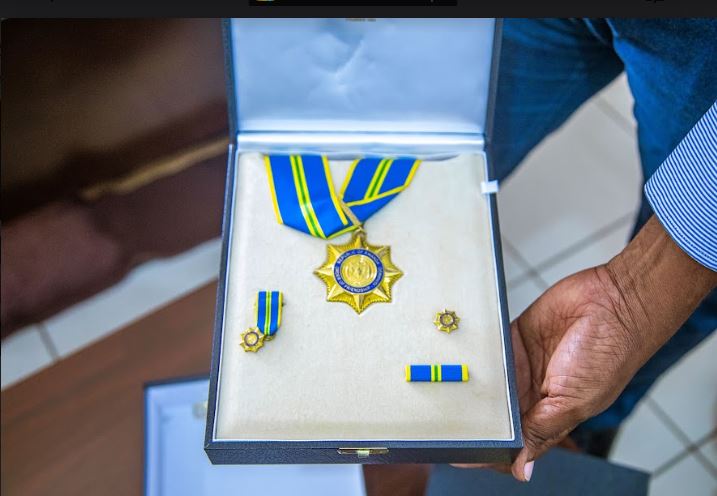 The highest, and the latest to be added (2017) to this list is National Order of Honor: Agaciro which is awarded to Heads of State and government, heads of international organisations and other leaders from high ranking institutions.

Only one person was awarded with this medal and that is the Secretary General of International Communication Union(ITU) Houlin Zhao.

According to village Urugwiro, the accolade is a recognition of Zhao’s “distinguished service as the leader of ITU during a very consequential period for the globalization of telecommunications technology.”

“We did not have this medal before. Our president could be decorated in other countries, but as far as Rwanda is concerned, we did not have an award of people from highest category,” Rwaka said.

The National Order of Outstanding Friendship: Igihango goes to people who promoted cooperation and ties between Rwanda and other countries.

So far, there are 17 recipients of this medal and the list is dominated by foreigners. 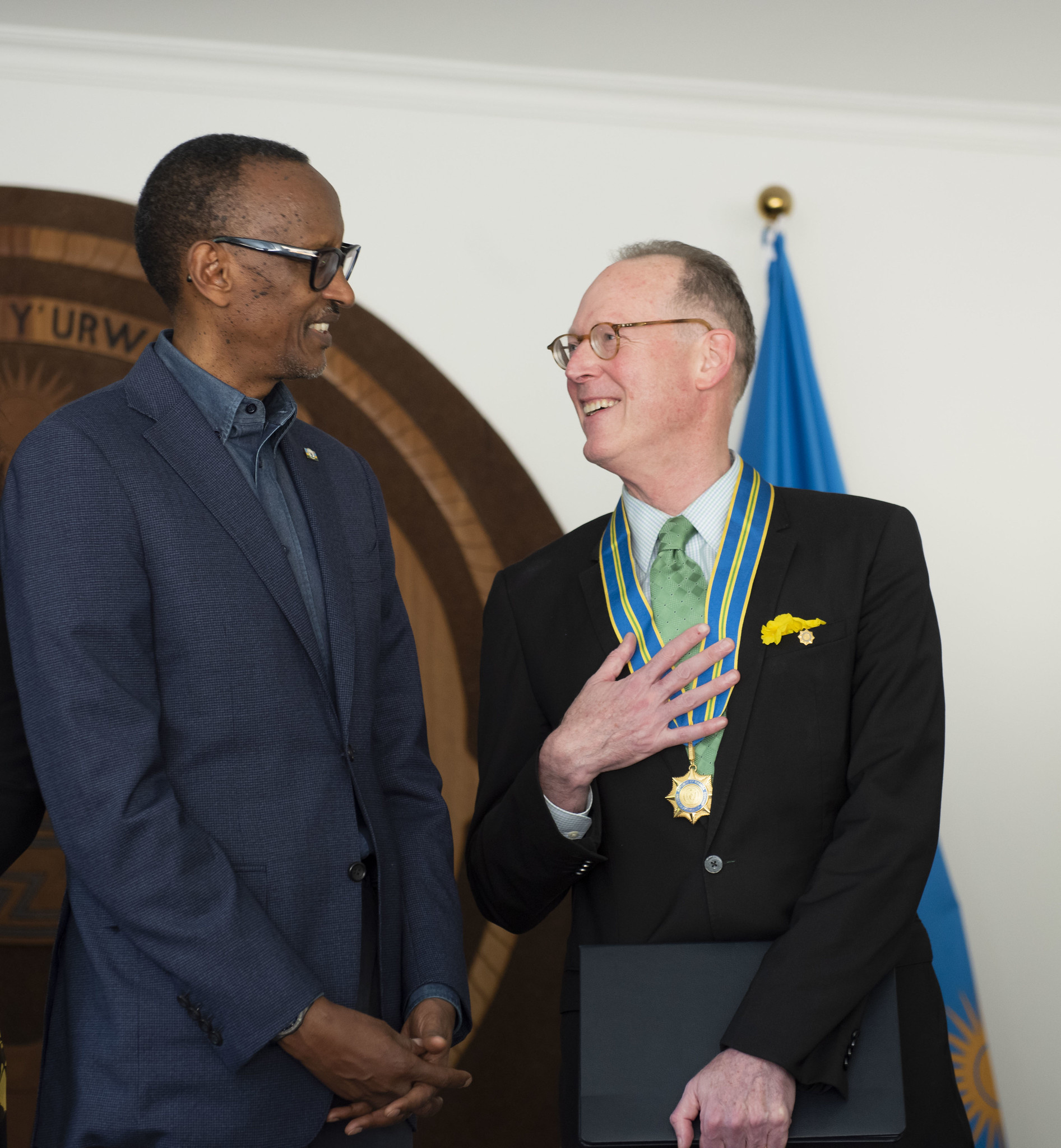 Late Dr. Paul Farmer is the founder of Partners in Health, an organisation that support health initiatives in Rwanda. University of Global Health Equity and Butaro Cancer Hospital (first in the region of East Africa) both located in Burera district are part of his organisation. He was awarded the medal before his death.

Friend of Rwanda, Buffett is known for bringing huge investment in rural Rwanda, including irrigation facility in Nasho – Kirehe district and a university of conservation agriculture from Bugesera district – Eastern Province.

Daphrose Ghauttier, one of Rwandans on this list was awarded with Igihango following her efforts to fight genocide denial and to have Genocide suspects in several countries arrested, tried by those countries or extradited.

Also first time awarded to people, was Indengabaganizi, which goes to people who did acts that cost them lives or really exposed them. 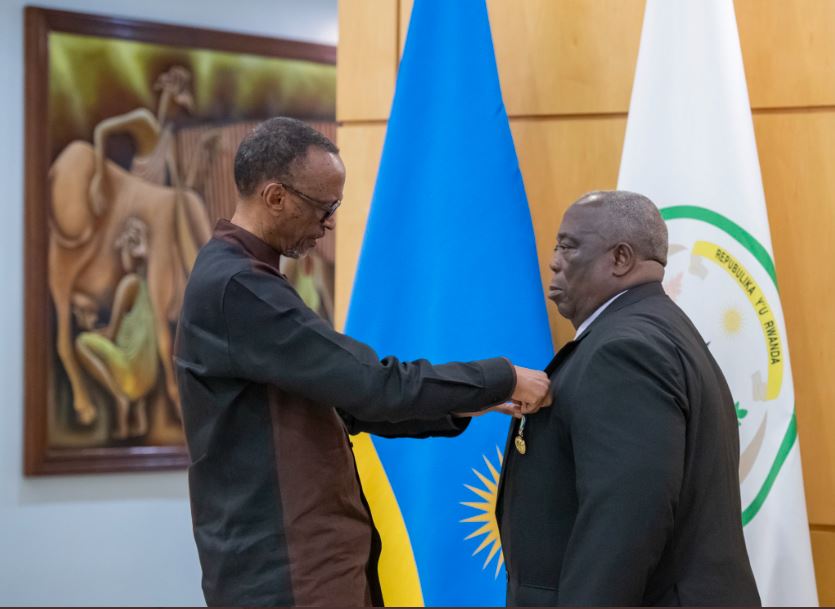 They both served in the ill fated United Nations Mission Assistance for Rwanda (UNAMIR).

Major-General Henry Kwame Anyidoho, then deputy Commander of UNAMIR, and Commander of the Ghanaian contingent, “demonstrated exemplary leadership and sacrifice. Under resourced and outnumbered, Major-General Anyidoho made the brave decision for the Ghanaian contingent to stay in Rwanda, hold their positions, and protect civilians, who sought refuge at the UN facilities, thereby saving thousands of lives.” 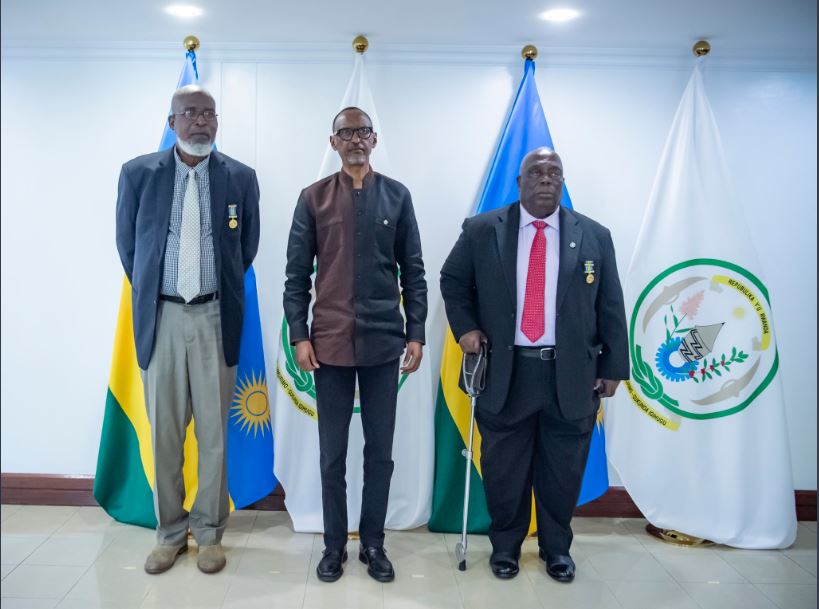 Then Lieutenant-Colonel, Joseph Narh Adinkra, a battalion commander, was cited for “resolute leadership, sacrifice, and efficient command” which assured protection to the thousands of civilians, seeking refuge at UN facilities.

In 2006 and 2010, two medals were awarded to a large number of people and those include Uruti that went to those who contributed to liberation of Rwanda.

Umurinzi is awarded to people who contributed to stopping the Genocide.

Indangamirwa which is awarded to people with outstanding acts in promoting Rwandan culture and Indashyikirwa for people who promoted labour and employment were approved recently but no recipients yet.

According to Rwaka, a confidential list of people under scrutiny would in the future be approved and it would feature new heroes and people with bravery to be awarded national orders.

Only the Head of State has the power to award medals and to approve heroes.

A hero might graduate from one category to the greater one if further research findings suggest he/she achieved more than what first research showed.

A recipient of a medal may also graduate to national hero, if research findings suggest so.

The medals awarded to achievers are their property and the law provides that when they die, they leave it to their heirs.

“In case the recipient does not have an heir or a next of kin, the medal returns to the awarding institution,” said Rwaka adding that however, the medal remains as a symbol, not a property of the heir.

Misuse of the medal is subject to revocation of the title.