‘Don’t Vote for Me if it Brings you Trouble’ – Mpayimana 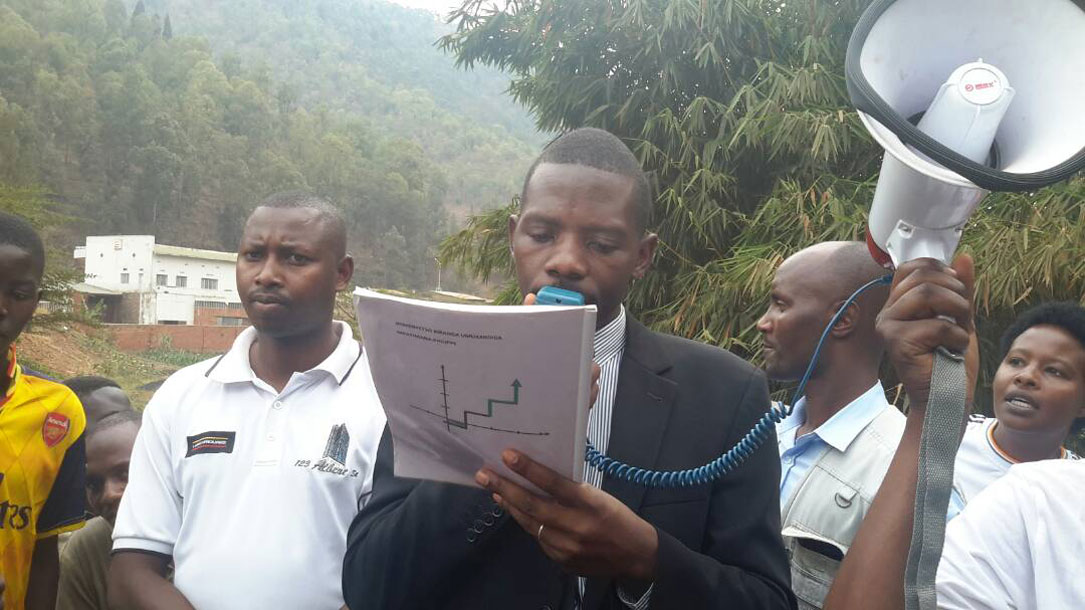 Presidential candidate Philippe Mpayimana is confident that he will win the August4th polls and promises steady development in the next seven years.

When he arrived at Kivumu in Kamonyi district, he said his program “looks like there is nothing new to some, but it is all new. My programs have a potential to fast track development. I am worth voting for.”

Mpayimana presented his campaign symbol; four steps which he explains as “development without stepping over the bush.”

Mpayimana said that under his leadership, hospitals will offer health services on loan.

“There is no reason for citizens to fail to get treated. No Rwandan will die because of lack of money. I will make sure they are treated and pay afterwards.”

The independent candidate promised a minimum wage for journalists, remove land tax, limit birth to three children per woman and develop secondary cities “to limit rural migration”, among others.

“My manifesto focuses on building capacity of citizens,” he said, reminding voters listening to him that they did not have any restriction to choose him.

“The press is free and I don’t condemn that. But the citizens have not learnt to express themselves, to openly critic things which are not going well,” he said.

“If anyone of you sees consequences of voting me, then you know the country is dragging.”

Meanwhile, as Mpayimana was campaigning, congratulatory messages were jamming his phone.

Mpayimana was last night blessed with another child- a baby boy in addition to his four official children.