Kagame Pledges Electricity for All, NOT for Many 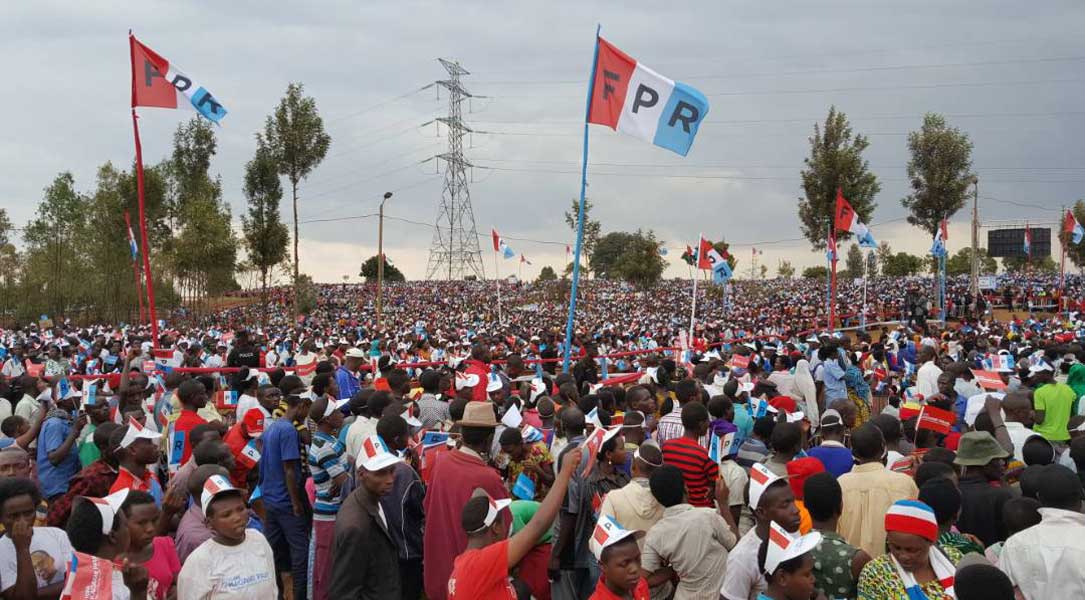 Paul Kagame the Rwanda Patriotic Front party flag bearer has promised that in his next presidential term, electricity will be rolled-out to all Rwandans.

The government which last month announced that it had enough resources, targets to generate 355MW of electricity just in the next three years.

While campaigning in Rutare sector, Gicumbi district, candidate Kagame said that he is not just interested increasing access to many households, but to all households.

A feasibility study shows that Rwanda can tap into peat energy deposits and generate 200MW from swamps of Rwabusoro and Akanyaru in the next 30 years.

Meanwhile, construction of Gisagara Peat Power Plant started in April 2017 and is expected to generate 80MW by 2020.

Also 67 small scale hydro power projects have been opened to private players, and so far the private sector has invested in construction of Rukarara V (5MW) and Ntaruka A (2MW).

An investor was also solicited for Rusizi III, a 147MW joint project with DRC, Burundi.

Construction of Rusumo Hydro power plant of 80MW has also started and is expected to be completed by 2020.

“Access to clean water is also still low, but in the next seven years, we shall achieve a lot,” Kagame said.

Kagame said, what it takes for Rwanda to develop, is for his supporters to work hand in hand with him and RPF, so that they can build a country on politics that defy previous regimes where plans were just made in the interests of some.

Kagame said for so many years, Rwandans and Africans in general were considered as people who should live on charity, instead of being given tips to strive for development but is ready to work with Rwandans to change that mindset.

“We are not looking for people to feed us, we are looking to make our own living and feed ourselves,” Kagame said.

The RPF flag-bearer pledged his contribution towards country development, but asked for voters support.

“We will not betray the trust you have placed in us with your support.”

Kagame will conclude his campaigns on August 2nd in Gasabo district, Kigali city.

On Thursday, Rwandans in Diaspora vote while in Rwanda, the elections will take place on August 4th.