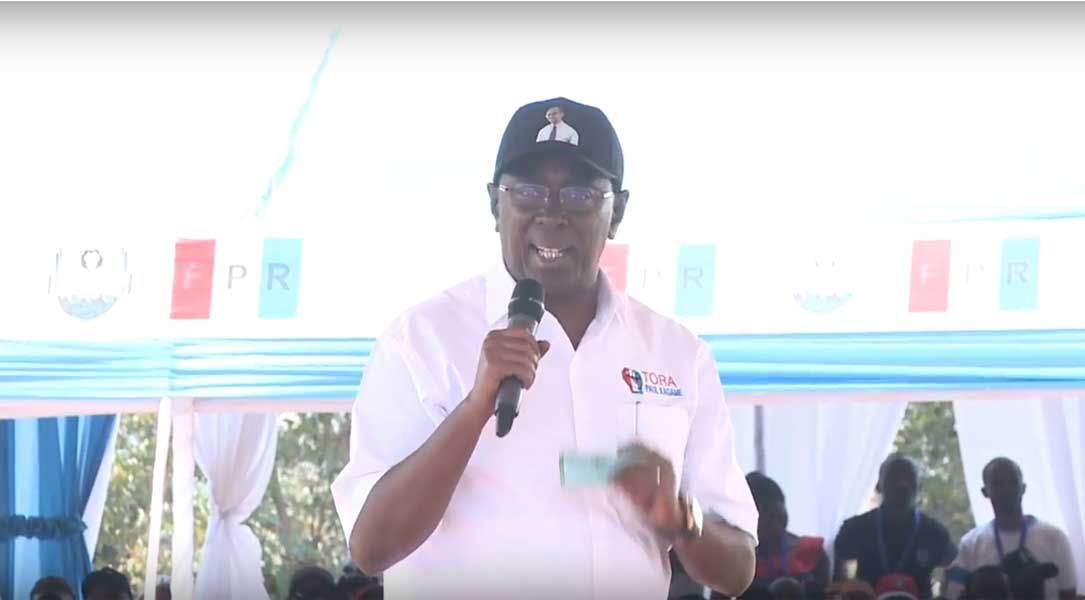 Rwanda’s Senate President, Bernard Makuza has described candidate Paul Kagame as an extraordinary leader who should be given another chance to lead his country.

During the armed liberation struggle when Rwanda Patriotic Army (RPA) rebels entered the capital Kigali through Shyorongi and took power, many never believed Kagame would not be endorsed President of the Republic, Makuza said, as he campaigned for the RPF candidate.

“In my little experience about military structure, a commander-in-chief leads the army on the battlefield and automatically becomes the President after winning the war. But you never did that. You allowed someone else to be President and deputized him. This is unique. You are extraordinary,” Makuza told a cheering crowd of RPF supporters.

Makuza said he has seen it all and described a number of unique achievements under Kagame leadership that have earned Rwanda global accolades.

He, among other things, mentioned vision 2020 program,doing business policies,security, revolutionalising ICT, improving people’s wellbeing are some of the factors that boosted Rwanda’s position on the global arena.

Makuza – a senior politician is regarded a friend of RPF.

He took more time to describe Kagame, saying he has at least managed to know bigger part of his character.

“I am sure those who know you as a young boy can better explain your nature. But from the little I know about you, you are extraordinary,”Makuza said.

According to Senate President Makuza, many ageing politicians at the time RPF took power wanted Kagame to be President. But he never wanted to.

Some of these politicians, Makuza said, had a different agenda – a reason he alluded to some who have since sought self-exile.

But when Kagame started addressing his supporters, he shed more light and was straight.

He said one of those politicians who fronted him to be President is exiled ex-Prime Minister Faustin Twagiramungu.

“We have on several occasions asked Twagiramungu to return home, he fronted me for president in post genocide government. But his intention was to advance himself through me,”Kagame told the crowd gathered at St. Joseph Kigabiro in Nyamasheke district.