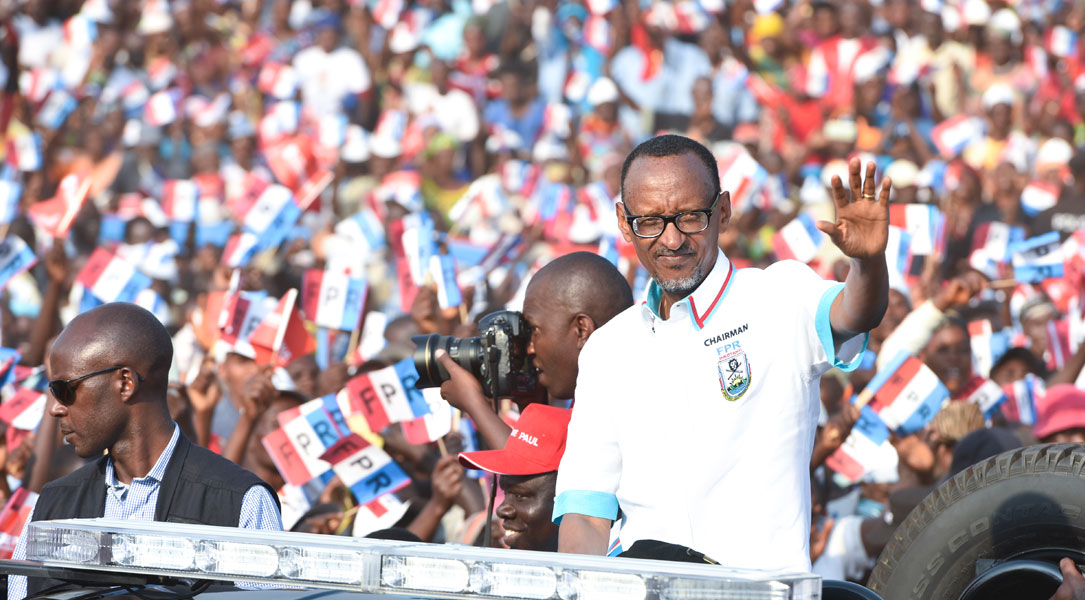 Candidate Paul Kagame has promised voters in Rusizi district  that when elected for the next presidential term, he will speed up works to transform the area.

The Rwanda Patriotic Front (RPF) Inkotanyi flag bearer this evening campaigned at a rally in Gihundwe sector for his second campaign rally of the day. He said he is not happy with the slow growth pace in the district.

“I promise that in the next seven years, nothing will go at a slow pace in Rusizi. We will speed up everything,” Kagame told his cheering crowd.

Kagame singled out a hotel in Rusizi that has taken long to be completed, yet it could be yielding revenues and benefit the community.

Kagame told his supporters that they should do everything possible to trade with their neighbours, but warned against acts that may destabilise Rwanda.

“Acts that do not destabilise Rwanda are welcome from our neighbours, do business with them.”

The RPF candidate told his supporters that voting for it is “voting for Democracy, prosperity and unity”.

The RPF candidate will campaign in Nyamasheke district tomorrow – his last campaign rally in Western Province.