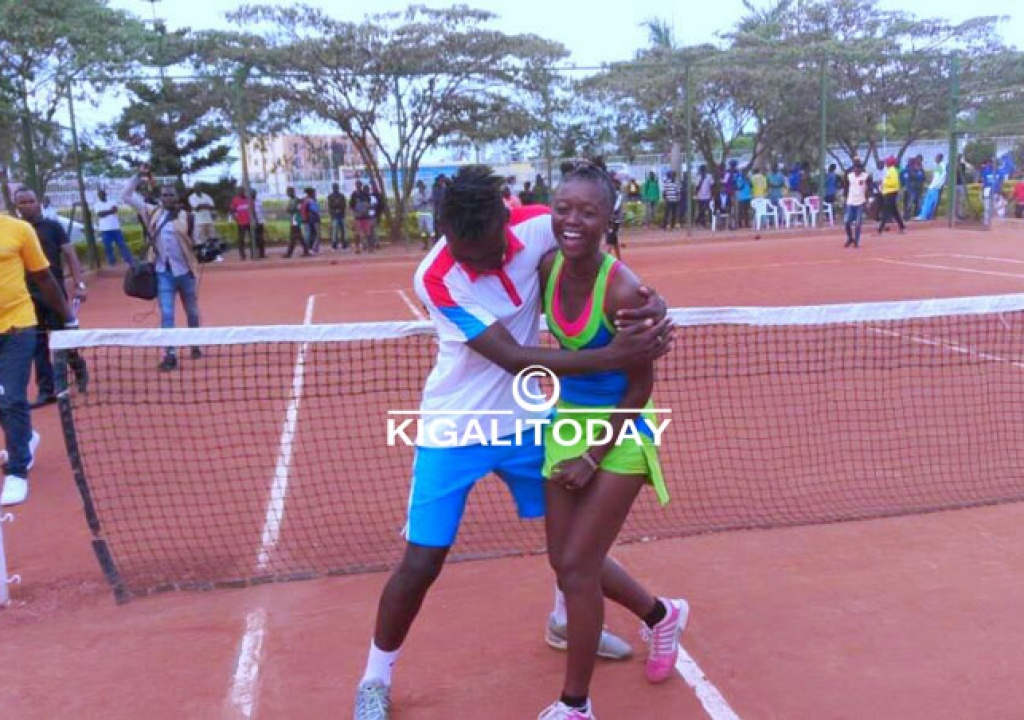 A Kenyan bother and sister have won the Rwanda Tennis Open 2017 sealing yet another streak record.

“I love my big sister and everything she has done I have always done,” Ismael told KigaliToday.

Shufaa Changawa beat Aisha Niyonkuru (Burundi) who displayed more physic in a game which took longer than expected up to two and half hours.

While she battled on one of the court, her brother too was taking on Uganda top seed Duncan Mugabe on the other side of the court in a game which took less than an hour.

Ismael walked over the Ugandan seed with straight set victory of 6-2, 7-3 and came to watch his sister take on her Burundian challenger in the women’s finals.

This absence of a sibling didn’t work out well in the beginning for Shufaa as she lost the first set 6-2 and only regained winning in the second set 6-2.

In the third set, Shufaa regained full control of the game but with a hinge which led the game to tie break before sealing a third set win with 7-5(Tie Break).

One her win with a power shot that sealed off the heated game, Shuffa wrote a family history, in Rwanda, for the first time to win finals a Tennis open alongside her victorious brother the same competition.

The brother quickly jumped onto the court to give Shufaa brotherly hug of victory with lots of smiles and applause from the crowds along the tennis court fence.

“Last year, I lost in the Rwanda Open finals. This is a comeback and first time to have won as my brother wins too in the same competition,” Shufaa

“I hate losing and cannot remember how many medals precisely but am now seriously focusing on my dream, and will be heading to Malawi (Tennis Open) with my sister,” Ismael said.

The winners of the Singles title in both genders walked away with US$1000 in prize money, while the doubles’ winners will get US$500, while the Wheelchair tennis champions will earn US$300.

89 years of Anglican Church in Rwanda with Mega Achievements

Peacekeepers Trained On How to Prioritise Civilians Interests