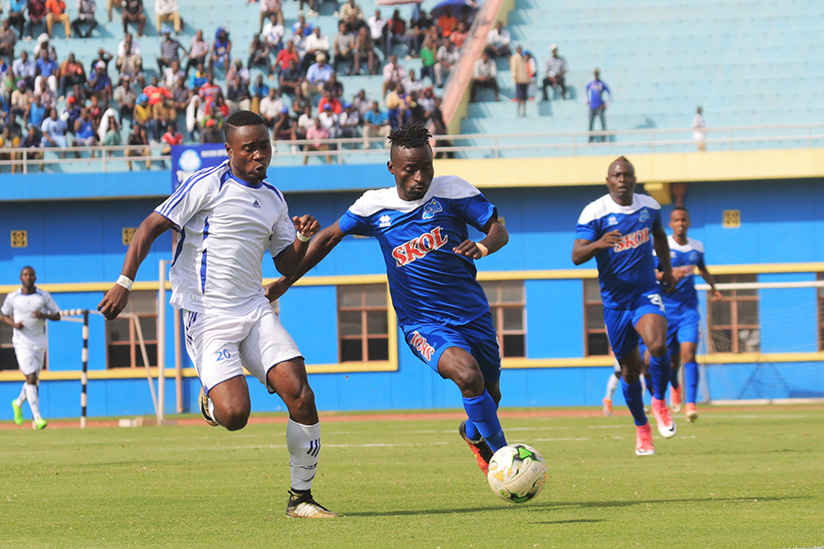 The Confederation of African Football (CAF) has opened a match-fixing probe on Rwanda Champions Rayon Sport over their preliminary Champions League match against Burundian side Lydia Ludic Academic played on February 21 at Prince Louis Rwagasore in Bujumbura.

CAF opened the investigations after Lydia Ludic Academic through the Burundian Football Federation sent a complaint to the continental body allegedly accusing Rayon Sports of match fixing activities prior to the game.

The outcome of the tie which resulted in a 2-1 aggregate loss for the Burundian outfit was claimed “not ordinary” in relation to the events that happened hours before the return match.

On Tuesday, CAF confirmed that they had opened the investigations as they informed all parties (Rayon Sports, Lydia Ludic, Referees and Match Commissioner) involved to respond to the match fixing allegations before March 6, 2018.

In a circular sent to all parties by the CAF Secretary General Amr Fahmy, reads,

“On the occasion of match no.54 of CAF Champion League opposing Lydia Ludic of Burundi to Rayon Sports of Rwanda on 21st February 2018; CAF was notified of the following,”

“On the match eve, visiting team officials (Rayon Sports Fc) were found in the fourth official’s room no 501 and others were in the corridor leading to the rooms.

When confronted by home team officials, they trid to run away. Police were called and the visiting officials were detained,”

“The commissioner intervened and made his won investigations and observed the clips of CCTV of the hotel.The match took place as scheduled,”

“Consequently, CAF decided to implement the provisions of the Disciplinary Code and open an investigation, affording all concerned parties the opportunity to respond to the allegations by not later than March 6th, 2018, whereupon the matter may be submitted to the CAF Disciplinary Committee,”

“We received the circular from CAF but it is not true that any of our officials were involved in such unethical activities. And none of our delegation members was arrested in Bujumbura as claimed in the letter. We will respond to the allegations explaining our own side of the story but it’s very absurd that Lydia Ludic had to come up with such baseless claims following our victory,”

Rayon Sports Fc is scheduled to face South African giants and 2016 CAF Champions League winner, Mamelondi Sundowns in the first leg scheduled for March 6-7 in Kigali while the return leg will be staged in South Africa in the weekend of 16-18, 2018.