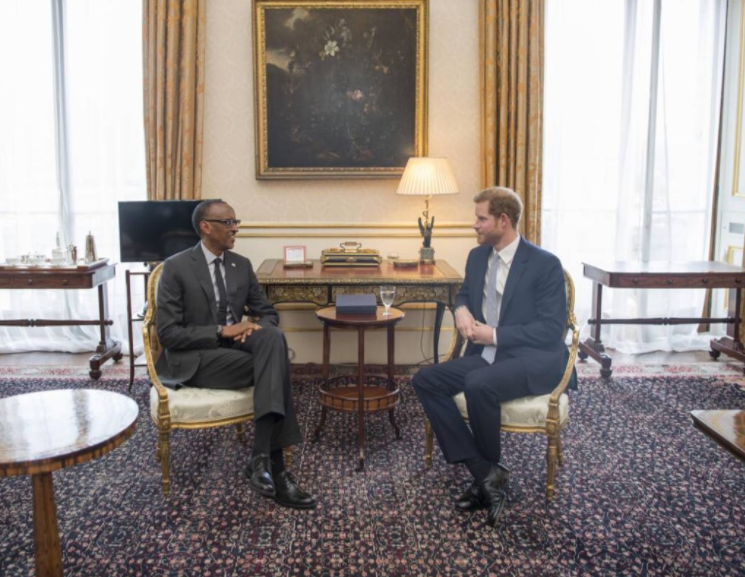 Kagame is in the UK to attend the Commonwealth Heads of Government Meeting (CHOGM) where leaders will gather in London and Windsor to address the shared global challenges faced and agree on actions on how to create a better future for all.

CHOGM brings together 53 member countries mostly former British colonies. It is headed by Queen Elizabeth II – the Queen of the United Kingdom.

Meanwhile, State House did not divulge details of the meeting between President Kagame and Prince Harry.

In December last year, Prince Harry was appointed President of African Parks – a non-profit conservation organization that takes the direct responsibility of rehabilitating and managing protected areas in Africa in partnership with governments and local communities.

Prince Harry has a particular interest in wildlife protection. African Parks indicates that in July 2016, the member of UK Royal family was Part of the African Parks’ Team that helped with one of the largest elephant translocations in history, in Malawi.

Rwanda has been a champion of tourism and wildlife protection. For instance, the government has initiated a 10% share of all benefits from tourism revenues to surrounding communities – a policy that has significantly reduced the number of poachers to National Parks.

The award was given to him in London by Bradford Group on its 20th anniversary.

Rwanda has seen tremendous strides in the sector – with ambitious targets to fetch $800 million this year up from $444 million in 2017, according to Rwanda Development Board (RDB).

Meanwhile, after his meeting with Prince Harry, President Kagame held talks with Boris Johnson – the British Secretary of State for Foreign and Commonwealth Affairs. 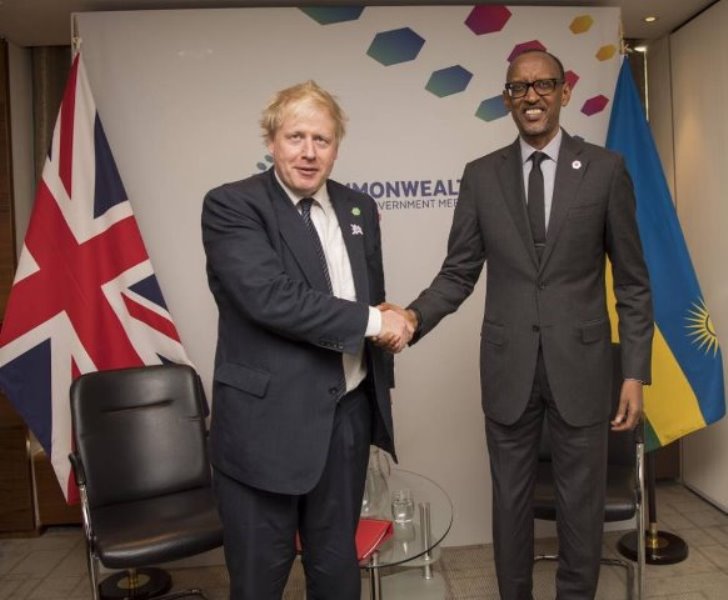 Has Kigali City Failed to Explain to “Bannyahe” Residents The Relocation Plan?