Kagame Tells Women in Leadership Positions to Use their Numbers 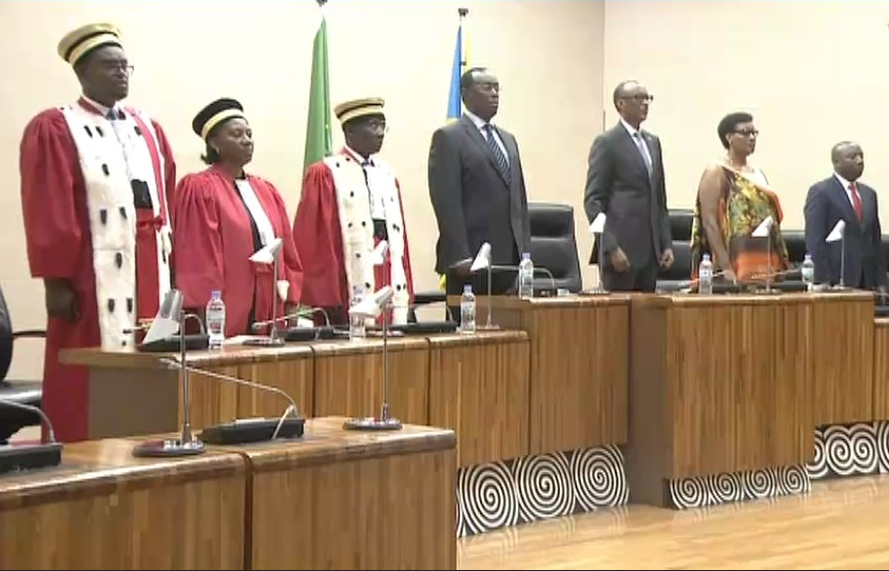 President Paul Kagame has told women in decision making positions that it is not for granted that their number is increasing; it’s rather for them to contribute to solving issues that affect a woman most particularly.

After the latest reshuffle on October 18, Rwanda’s cabinet is now balanced with 50-50 of Men and Women.

The increase in number of women in key positions of the country has reached the executive after parliament where women are more than 60%.

Women should put their numbers to good use to solve issues that affect the society, according to President Kagame.

He reiterated two particular issues; human trafficking and sexual violence, a rampant case according to figures that were presented by the Chief Justice Prof. Sam Rugege at the launch of the judicial year on Friday.

Kagame said, in most cases, the woman is a victim.

“In the past, women were few in decision making positions, now that your numbers are increasing in these positions, why don’t you use that?” Kagame said.

“I do not mean that men should sit back, but let work together with those, whom, in the past were refused the right to serve and solve such issues.”

The president actually wonders why only one part of the society is being victim and call upon the community at large to solve the issue for good.

President Kagame concurs with the suggestion of the judiciary, that Rwandans should always take small cases to mediators, as courts concentrate on big matters.

He said it helps to reconcile the community and to reinforce social cohesion while also helping courts to concentrate in severe cases on due time.

The President gave the judiciary a task to lead the ‘zero corruption’ drive in Rwanda.

“Some say corruption is declining, but we should not tolerate any rate. We should relentlessly fight it,” Kagame said.

For the president, law enforcers should not sit back when they see people involved in corruption, otherwise they would look like accomplices.

For the president, the judiciary has a very big responsibility in building the country and wherever applicable, it reminds other institutions of their responsibility.

For this reason, the president saluted recent reforms which included an appeal court that will reduce the work log at Supreme Court.

He said, some people can take the reforms for granted, “but it is a sign that the country is keen to the rule of law.”