Hopes for a deal are high as President Paul Kagame and Uganda’s President Yoweri Kaguta Museveni meet in the Angolan capital Luanda today in a bid to resolve tensions between Rwanda and Uganda as the two neighbours seek to address outstanding issues.

Both Presidents arrived in Angola this morning to attend the quadripartite summit called by President João Lourenço of Angola, and will be attended by president Félix Tshisekedi of Democratic Republic of Congo (DRC) and President Dennis Sassou Nguesso of Congo Republic.

The Office of The President confirmed that President Kagame, who was on a 3-day state visit in Namibia, arrived in Luanda ahead of the summit during which he will sign a Memorandum of Understanding with his Ugandan counterpart that could pave way for Uganda and Rwanda to resolve the current tensions. 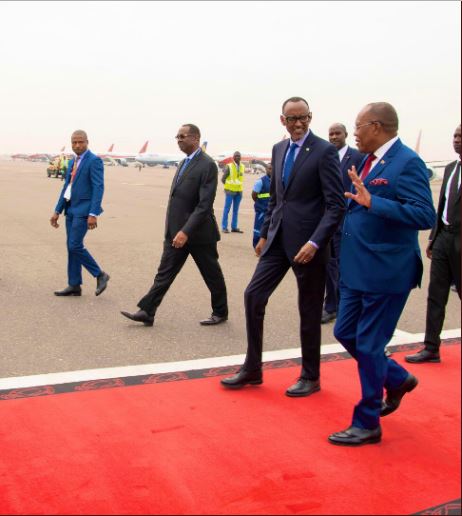 The Uganda President also through Twitter posted a video on his way to the Southern African nation to attend the summit.

“Leaving for Angola’s capital Luanda, for a quadripartite summit as part of the continuation of the dialoguing process aimed at finding a lasting solution to the different regional issues,” the Ugandan leader said.

Today’s summit is a follow up to the July 12 meeting in Luanda during which both Presidents committed to resolve the issues between the two countries.

Initial reports point to an agreement that could at least initiate a process through which Rwanda and Uganda will resolve issues that have affected relations between the two neighbours.

The summit will also address security issues in the region, with the view of finding a permanent solution. Rwanda has been cautious in confirming an agreement, with the Minister of State for Foreign Affairs in charge of the East African Community in a recent interview stating that Rwanda sticks to the three issues it has raised with Uganda.

It is understood that for a deal to be reached upon, Uganda has to make commitments to stop arresting Rwandans inside Uganda, stop reported support to groups fighting the Rwandan government and also address concerns which Rwanda views as economic sabotage.

Despite a promised agreement, arrests of Rwandans inside Uganda continue, with sources close to discussions indicating that both Rwanda and Uganda will be expected to make some commitments which will be included in the roadmap towards fully restoring ties.

Earlier this week, Minister Nduhungirehe told KT Press that Rwanda will wait to see the contents of the MoU before making any pronouncements.

Rwanda has maintained that for the situation to normalise, Uganda must address the three main concerns the Rwandan government has pointed out in official diplomatic notes, which are arbitrary arrests of Rwandans in Uganda, backing groups seeking to distabilize Rwanda and economic sabotage.

Previous meetings between President Kagame and President Museveni have not resolved the issues, with arrests of Rwandans in Uganda continuing. Rwanda has maintained since February that Rwandans cannot go to Uganda if their safety is not guaranteed. 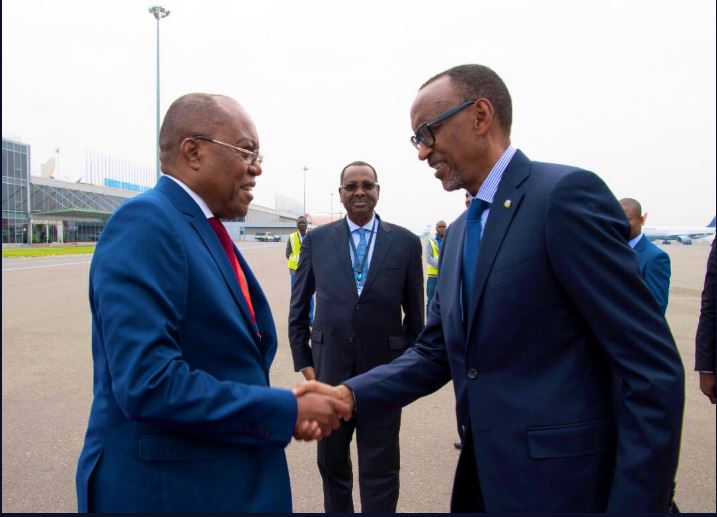 Kampala maintains that the arrested individuals are suspected of engaging in acts of espionage or illegal entry into Uganda, accusations Rwanda denies and has repeatedly asked for fair trials. Hundreds have been unceremoniously deported from Uganda.

Uganda also links the closure of the Gatuna One stop Border Post earlier this year to the ongoing tensions between the two countries though Rwanda maintains the closure to big trucks was aimed at fast tracking the construction of the border facility.

Tensions have affected trade, bilateral and social relations between the two countries but the Angola summit promises to end the stand-off.

According to sources, President Lourenço asked both countries to put their concerns on the table ahead of the summit and the quadripartite summit will find solutions in what is expected to be a lengthy process which will eventually clear out the differences.

All eyes are on the outcomes of the summit which is expected to take place for the better part of the day.