Angola’s Minister of Foreign Affairs, Manuel Domingos Augusto was in Kigali on Tuesday and met President Paul Kagame at Urugwiro Village, where he delivered a message from President João Lourenco.

Reliable sources confirm that President Lourenco’s message is a follow up to the July 12 Luanda quadripartite summit between Presidents Paul Kagame of Rwanda, Yoweri Museveni of Uganda, Félix Tshisekedi of DR Congo and their host President Lourenço, but no details have been given.

The State Minister for Foreign Affairs Amb Nduhungirehe confirmed to KT Press that the visit by Minister Augusto was in line with the July summit which seeks to lay the path for Rwanda and Uganda to sort out the current tensions between the two countries but could not provide more details.

“Yes, it is,” Minister Nduhungirehe said when asked if the Angolan official’s visit is a follow up to the Luanda meeting, adding however that “no other details to the press for now”.

Sources confirmed to KT Press that dates for another meeting between the heads of states have been set but it is not yet clear where the meeting will take place but it will take place ‘in the near future’.

The Luanda meeting, initiated by President Lourenco, seeks to iron out differences between Rwanda and Uganda and at the same time gather efforts to fight negative groups operating in the Great Lakes Region in order to restore lasting peace.

Angola and the DR Congo have offered to work together to facilitate a dialogue between Rwanda and Uganda after bilateral relations between the two neighbouring countries went sour, over the last two years, as both countries trade accusations.

Despite the Luanda meeting, relations between Rwanda and Uganda have not improved much, more than a month later, with both countries maintaining their stand and arrests of Rwandans continuing inside Uganda.

A communiqué released after the Luanda meeting had indicated the willingness of both parties to iron out their differences.

“As far as the bilateral relations between the Republic of Rwanda and the Republic of Uganda are concerned, the summit welcomed the willingness of the two parties to continue a dialogue with a view to finding a solution to the existing problem,” the communiqué read in part.

But last month, Minister Nduhungirehe told KT Press that Rwanda expects Kampala to act on the three issues the Rwandan government raise –stop arbitrary arrests and torture of Rwandans in Uganda, end all kinds of support to groups seeking to distabilize the government of Rwanda and end economic sabotage.

Despite the meeting in Angola, there hasn’t been much progress in the two countries working out their outstanding concerns. 40 more Rwandans were arrested in Uganda while more have since been deported. 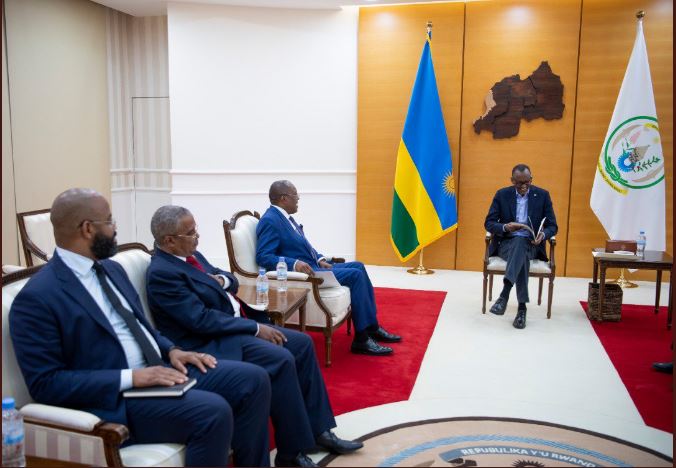 On Tuesday, 9 Rwandans who returned from Uganda after days of detention and torture filed a case against the Government of Uganda in the East African Court of Justice (EAC) seeking remedies.

During the quadripartite summit in Luanda, the four Heads of State stressed the importance of a permanent, frank and open dialogue that should be strengthened both bilaterally between the states of the region and multilaterally, for the consolidation of peace and security and as a fundamental premise for economic integration.