RnB singer King James denies ongoing wedding rumors and clears the air that, he is not aware of such preparations in his life.

The gossips of King James’s plan to tie a knot hit tabloids when, Agatimatima hit maker decided to live a low key life both musically and personally.

After releasing a new single dubbed Icyangombwa song which came out with a video shot in Dubai, King James talked to KT Press.

“Am surprised by wedding rumors personally because I have no plans soon but maybe in future. For music, I still make music but not on high pace like I used to record because of many ongoing projects in my life,” says King James. 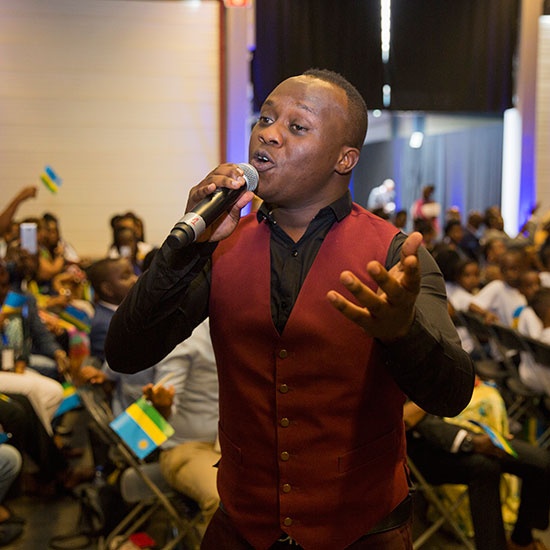 Meze Neza hit maker has been linked to many females including Rwandan divas Knowless, Priscilla and Meek Rowland based in US, but he denied all the allegations.

King James has many hit songs under his belt including sold out concerts across the country.

The singer is among the highest paid artists in the country and he has managed to rip lots of cash through music shows and telecom company commercials.