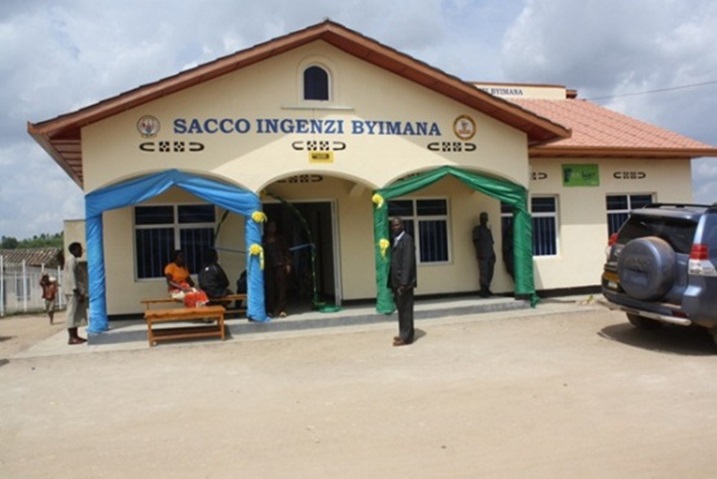 Launch of Umurenge Sacco in Byimana sector- Ruhango district. There are 460 such savings and credits cooperative in Rwanda that need to be automated

A delayed automation of at least 416 Savings and Credit cooperatives (Sacco’s) in Rwanda could cause government a loss of more than Rwf5billion due to lack of shared responsibility, the Office of the Auditor General (OAG) has warned.

The warning comes after at least three years of Rwandans waiting for an automated saving scheme, as a solution to access to financial services and possibly reduce mismanagement of taxpayers’ funds.

The Auditor-General, Obadiah Biraro, recently told parliament that the reason why Rwanda has not been able to automate its Sacco program into a single cooperative bank, is that Rwanda Cooperative Agency (RCA) and stakeholders failed to give strategic management to existing cooperatives.

The cooperative bank in Rwanda was supposed to be up and running in 2018 after the government had secured a shareholder that wanted to top up 40% needed to establish a cooperative bank, worth Rwf5 billion ($6million) – according to Rwanda’s Central Bank provisions.

Biraro said that by RCA trying to automate what they have failed to manage manually is one way of blackmail, putting the system into hands of fraudsters.

“If you cannot do it manually, then going automated is like engaging a gear five when you have not reached gear four which leaves the agency in more danger,” Biraro said.

For instance, the Auditor General said that out of the 9,200 cooperatives in the country and at least 416 Saccos were supposed to be automated to improve livelihoods of people banking their wealth on these community financial institutions, but only 16% were tried out.

The Auditor General’s comments were made during a parliament Public Account Committee (PAC) hearing on RCA audit report 2016/2017 which showed fraudulent activities in tender procurement and contract management which included one on automating Saccos.

For instance, of the 33 tenders worth Rwf683 million that were set to be offered in the year 2017/18 budget, only three were published and offered.

Nine tenders worth Rwf111.5 million were put in the procurement plan twice with no explanation.

Asked why these tenders were not offered, RCA officials said that there was a problem with changing finance management and slow adoption to e-procurement.

For instance, RCA ordered Access to Finance Rwanda (AFR) to pay Rwf85.7 million tender for automation of Saccos without signing a contract agreement and this money was paid in 2016 before the contract signing in 2017.

More than Rwf2.3billion was paid to Fintech International ltd to computerise sector Saccos, but there is no trace in the way the money was disbursed with a 10% repayment in 2018 yet the project was failing.

An explanation given to parliament showed that the above money was used to pay the contractor and project staff, but MPs wondered why this did not mature to a level of automating Saccos.

Former RCA DG, Appollo Munanura, explained that the funds given to AFR, was meant to do a baseline study on computerisation of Saccos, but Auditor General wondered why RCA did not take ownership since it is to the benefit of all Rwandans.

However, the RCA Director of Finance and Administration, Esther Batamuliza, said that direct payment was made to the vendor and technical support, which RCA was asked to pay.

Though this work is alleged to have been done, many Saccos remain unautomated despite the promise to have this done by 2019, resulting to the extension of this deadline to 2020, according to previous announcements made by the ministry of finance and Central Bank.

MP Jean d’Arc Uwimanimpaye said that the procurement process does not involve one person to an extent that when they go away, everything comes to a standstill.

“You should instead tell us the truth about how this problem is going to be solved. We have evidence that you dealt with bidders you are used to instead of going by the right requirements of tendering just to deny others,” Uwimanimpaye said.

Rwanda Public Procurement Authority (RPPA) official, Antoine Kayira said that the whole process of procurement was a fraud and yet while the electronic procurement system is simple and clear, RCA officials chose not to abide by it.

The current RCA DG, Professor Jean Bosco Harerimana, said the whole problem was administrative but there is a need to have human capital and change of mindset instead of blaming the system.

Analysing these arguments, PAC Chairman Jean Chrysostome Ngabitsinze, said that the problem with RCA is that they don’t think big – a reason he pushes them to recklessly disburse money.

“The problem is in planning and lack of mandate which you deviate and go to small things like buying stationery, motorbikes. Think big instead of focusing on small things like sports tenders which don’t give you pride as an institution,” Ngabitsinze said.

Busy as Bees, Rwanda Delegation at the UNGA Hit the Ground Running