Workforce Development Authority Given Tense Deadline to Clean Its House 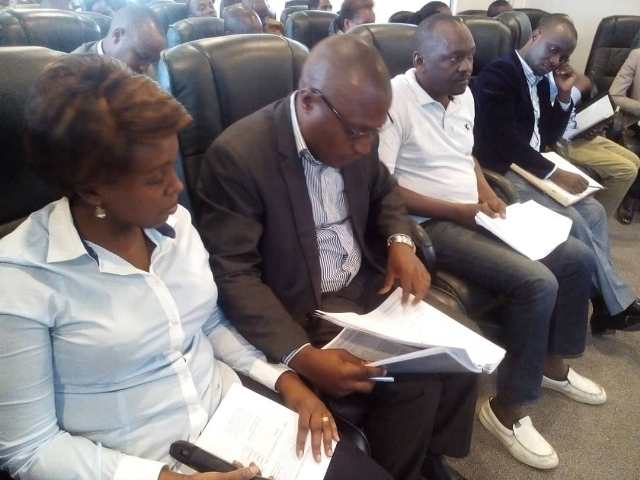 Top officials at the Workforce Development Authority (WDA) have been given up to April next year to appear again before the Public Accounts Committee (PAC) with a new clean image of compliance to the Office of the Auditor General’s (OAG) report .

This recommendation comes after the OAG 2017/18 report on the institution showed that Rwf15 billion  was not accounted for and a compliance level of 39% instead of the required 60% mark, despite five years of Auditor General advising and asking the institution to resolve its managerial issues that culminated into government reforms in the technical education structure to improve the caliber of skilled labor in Rwanda.

The Workforce Development Authority (WDA) is a body that regulated to oversee the implementation of the Technical and Vocational Education and Training (TVET) policy in the country under Rwanda Polytechnic.

In December 2017, cabinet approved its merger with all eight former Integrated Polytechnics Regional Centres (IPRCs) to form the Rwanda Polytechnic.

This merger, according to the Parliament, carried with it gross and massive mismanagement of funds, failed implementation of national workforce development programs when the institution was under the Work Force Developement Authority (WDA).

For instance, in 2015, government through WDA entered into an agreement with Les Roches International School of Hotel Management – a Swiss-based hospitality management institution in which they agreed to co-partner in constructing, in the capital Kigali, a state -of -the –art Hospitality Management Institute (HMI) worth Rwf2.4 billion which was supposed to be completed in 2016.

In the agreement, Rwanda was supposed to do construction work within six months and handover the school to Les Roches to manage its operations in four years.

However, according ti MP Marie Mediatrice Izabiriza, “This didn’t happen because the structure construction was delayed and the Swiss withdrew from the agreement since it was breached,” she told PAC hearing on Friday.

The Parliament was told that WDA bought equipment for the planned HMI School worth millions but the equipment has been kept for six months now and yet the school facility remaines incomplete.

MP Izabiriza also revealed that up to date, the project has remained incomplete and yet Rwf174m of the budget was paid to Roko Construction ltd – the contractor charged with doing the design and construction job (now stalled at 78%) and that the constructor refused to continue with construction work unless paid.

To explain the situation, Beatrice Mutoni, the former HMI project coordinator said that, “The reason the contractor stopped working was because of delayed disbursement of payments by the ministry of finance (Minecofin) even after several letters were written asking this to be resolved”. 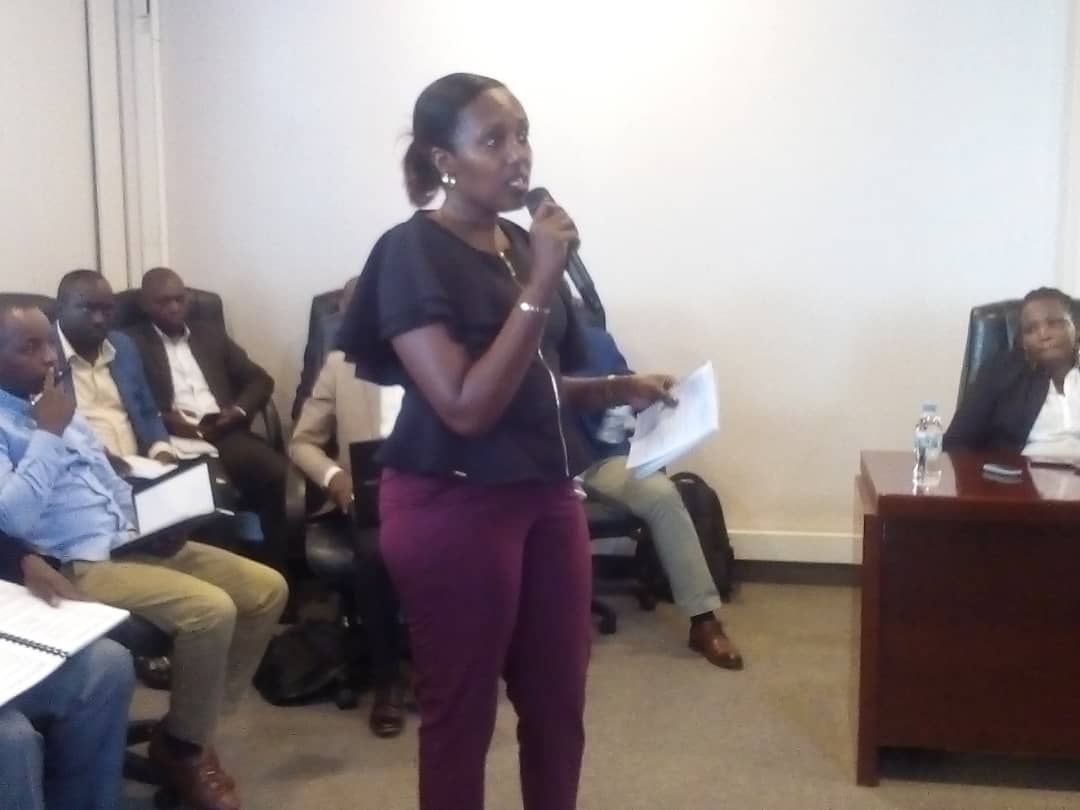 However, Minecofin Accountant General, Marcel Mukeshimana told the hearing that the delays were caused by faulty management of cash flows in the invoices, and poor project planning for instance; lack of an independent project supervisor and purchasing equipment first instead of prioritising completion of the school structure.

“Normally project supervision is done by a private entity but in this case the project designer was the same as the constructor, which we kept questioning, on top of that we doubted why WDA was not smart to plan on project priorities,” Mukeshimana explained.

However, Mutoni also defended WDA perspective saying that “There was no fault committed in the project since, as agreed upon by government and the Swiss school, it was preferred the designer to be the supervisor so that no after-complaints come up.” 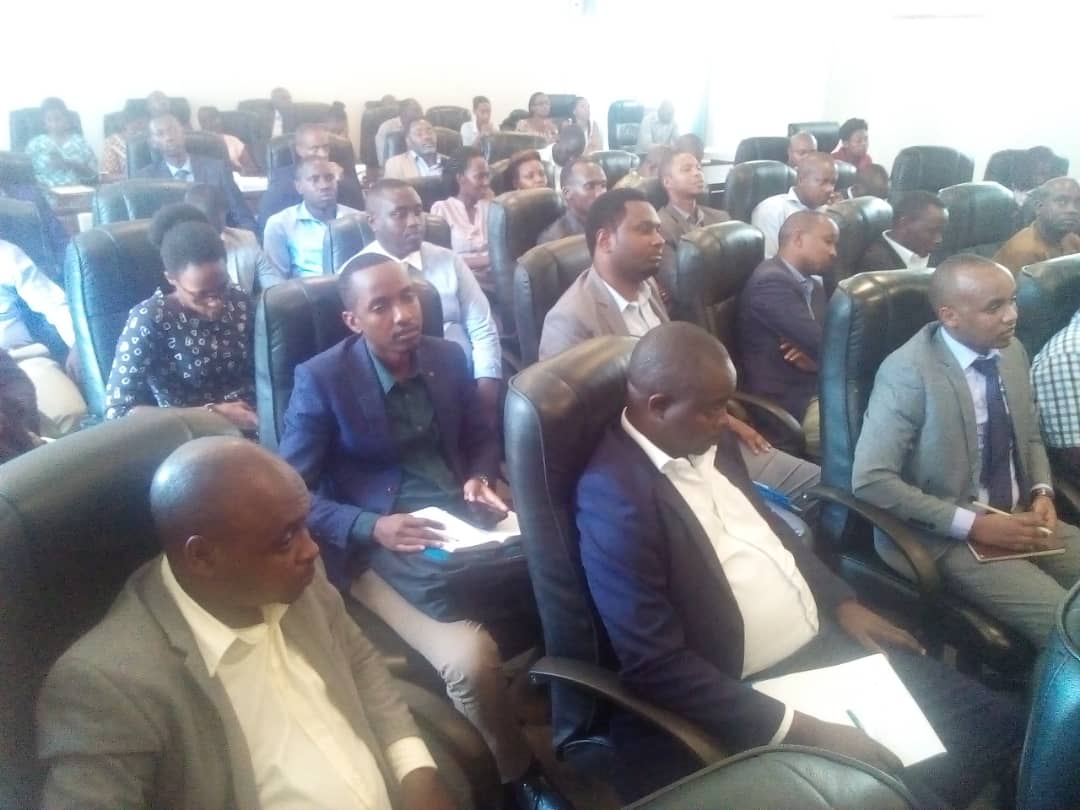 Both PAC Chairman, MP Jean Chrysostome Ngabitsinze and Auditor General Obadiah Biraro could not understand how WDA project equipment could be bought without a structure to use them.

“Do you know how this tourism project could be more beneficial to us than to Les Roche’s. This is a betrayal to Rwandans and sabotage that shouldn’t have happened,” Biraro said.

So far, this situation has resulted in both Rwanda and the Swiss school try renegotiation in vain, according to the WDA Director General, Engineer Pascal Gatabazi.

“We are trying to go through diplomatic means to revive the partnership but it has been hard till now, ” said Eng. Gatabazi.

Though there is certainty on how this will end up, PAC said that Rwanda Polytechnic and WDA should sort out this mess before the next appearance.

On the other hand, Emmanuel Maniraguha, the Economic and Finance Crimes Unit prosecutor at the National Public Prosecution Authority (NPPA), said that the witness made in the public hearing will be used as evidence in prosecuting some officials.

In the previous edition of our story, we erroneously stated that Rwanda Polytechnic (RP) was asked to clean its house. We have since learnt that the issues which were discussed in the PAC were inherited by RP from Workforce Development Authority (WDA) and it is WDA which was asked to solve those issues, not RP. We regret any inconveniences the story may have caused.

We Have Achieved a Lot as RPF- President Kagame