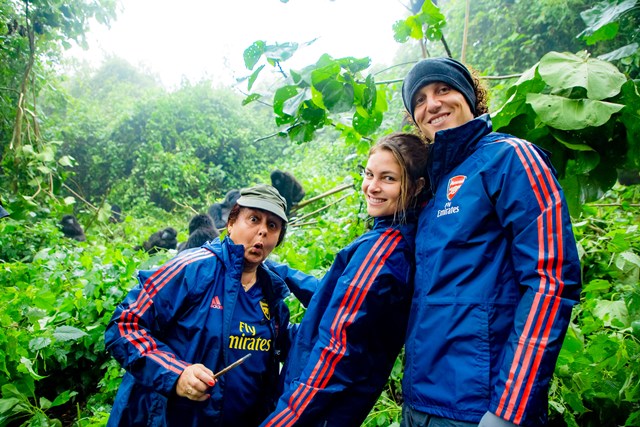 We haven’t yet seen it all about David Luiz’s visit to Rwanda last week.

The Arsenal center back who had his media team doing a lot of work during his stay in Rwanda has started releasing bits about his visit and of course, he started with the most exciting – Gorilla in the mist.

“Most special holiday! Thanks to the rangers, trackers, guides and local communities for everything you do to care for these beautiful animals! So happy that the number of gorillas in Rwanda is growing and I can’t wait to go back! Go and see them for yourself!” he said in a tweet accompanying a short video clip. 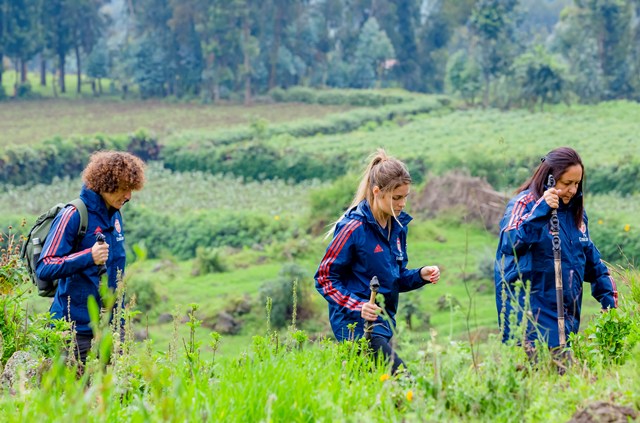 Earlier on, his team also had tweeted to introduce Luiz’s clip: “”Everyone who has an opportunity to come to Rwanda, come because it’s going to be something special in your life.”

Mountain gorillas are the endangered species, only available in East African volcanic massif including Rwanda.

Despite a rainy day that was October 13, Luiz, his fiancée and his mother were able to trek gorillas, specifically, the Kwitonda family.

Despite being endangered, the animals are enjoying safe home that is Rwanda, reason why their number keeps increasing.

The population of the mountain gorillas increased from 480 in 2010 to 604 in 2016 in the Virunga Massif due to conservation efforts. 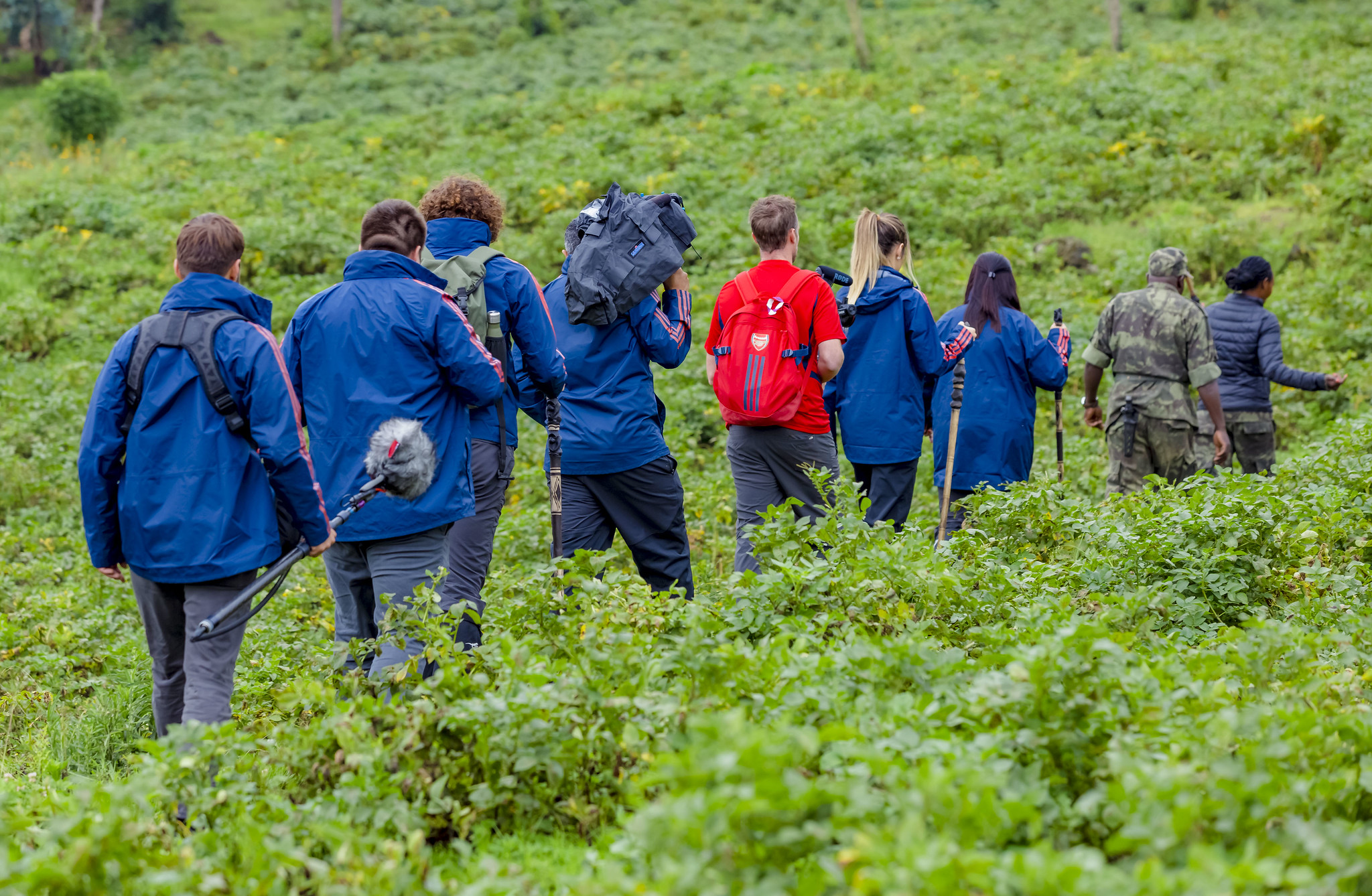 Daviz Luiz is busy winning goals in the English Premier League Arsenal, but any time he will have vacation opportunity, Rwanda will be on the list of places to choose from.

Meanwhile, there is a lot to see in Rwanda besides the gorillas.

Forbes Magazine recommended Kigali city, the greenest and cleanest city of Africa among the 2020 best destinations.

? "Everyone who has an opportunity to come to Rwanda, come because it's going to be something special in your life."