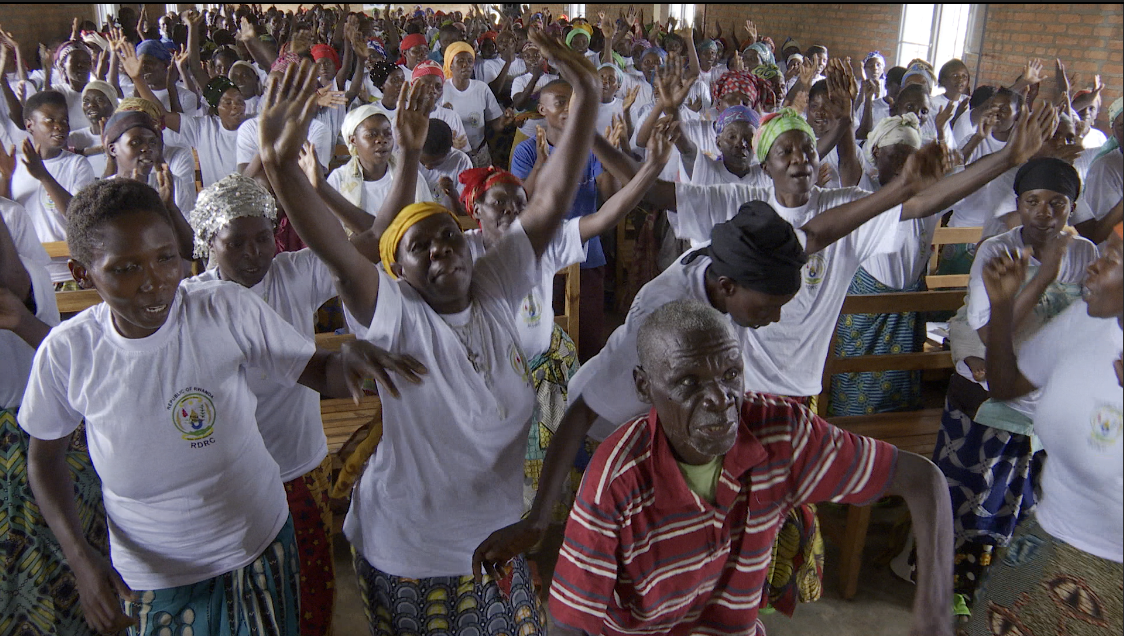 “You will be killed by Tutsis”, “They are bad people” “The voices of Hutus who claim to live in Rwanda are all recorded. They are all dead” and more, are some of the ideologies members of Rwandan rebel groups in eastern Democratic Republic of Congo (DRC) used to keep their own families grounded in the jungles of the eastern part of the vast mineral rich country.

For more than two decades, they lived in fear of returning home while at the same time fearing for their own lives in the volatile part of DRC. Those who attempted to return home were held captive by their militia husbands or relatives who were members of the Democratic Forces for the Liberation of Rwanda (FDLR) and the National Council for Renewal and Democracy (CNRD).

The tales of the 1, 995 dependents of ex-combatants now recuperating at Nyarushishi Transit Camp in Rusizi District, Western Province are harrowing and painful to say the least. 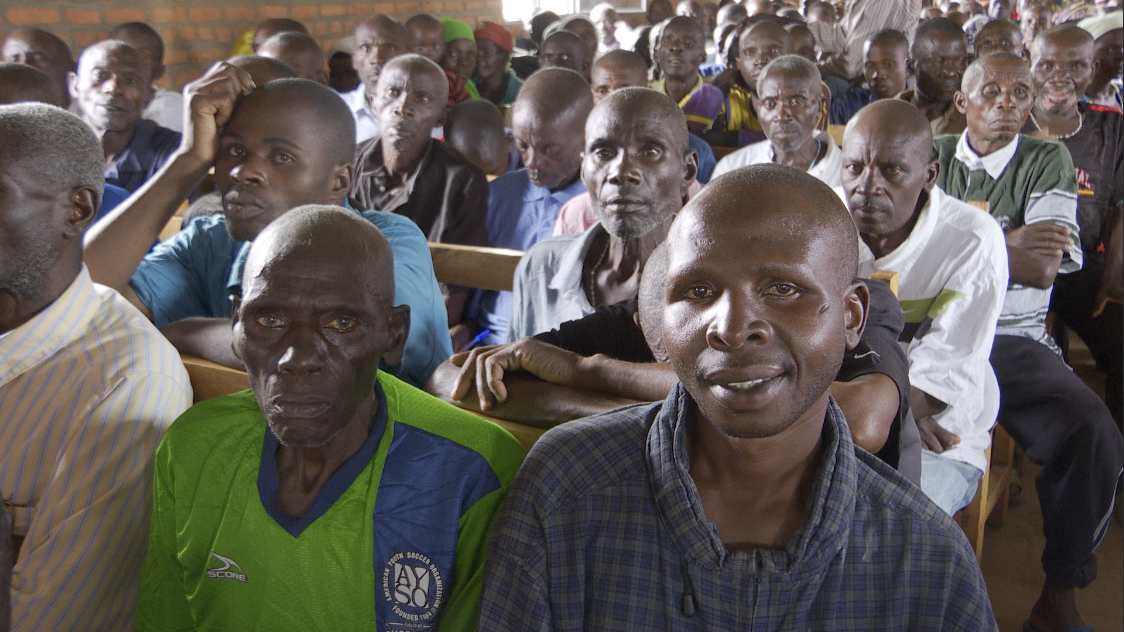 From walking hundreds of kilometres running away from Congolese government forces to losing everything they had, many cannot believe yet that they are in Rwanda, safe and healing from a combination of infections, malnourishment and all sorts of Non-Communicable Diseases they contracted in DRC. Most of all, they can’t believe they are being taken care of by the same government they thought would kill them.

“We were misled and manipulated. Most of us are regretting the many years of our lives we lost in DRC, losing everything we had and eventually being repatriated by force,” says Christine Bashyitsi, 50, who is among the dependents of ex-combatants in Nyarushishi.

Bashyitsi, who hails from Gahengeri, former Commune Bicumbi in the current Rwamagana district, has an extraordinary story. She could not even heed to the call of her own three children who returned to Rwanda, resettled and benefited from government education programmes.

She was married to an elite Ex-FAR soldier at 15, living in Camp Kanombe, who convinced her to flee to DRC as Rwanda Patriotic Front (RPF-Inkotanyi) forces advanced on Kigali, even though they had both not engaged in any killings. 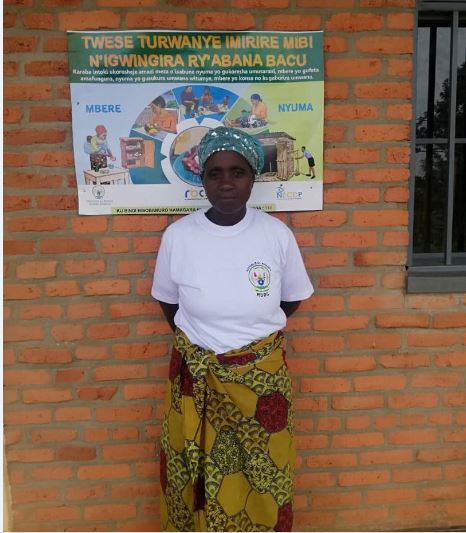 “I was pregnant at the time with my first born and though married, I was in S5. Rumours spread that RPF would kill Hutus and government soldiers would be targeted. We fled to DRC,” Bashyitsi recalls.

In DRC, her husband like most former soldiers joined different anti-Rwandan government groups but died in 2001 after falling sick. From 1997 onwards, she would encourage her husband and children to return home but over and over, they were told that they would be killed.

Her first born returned in 1997 alongside other family members and immediately joined school and is currently in university on government sponsorship.

In DRC, she got married to another man, a member of the militia groups, her eldest children returned to Rwanda when an opportunity came but she remained in DRC with her new husband.

“My daughter, my second born, also returned to Rwanda and resettled. The children got back their father’s properties and joined school on government sponsorship. My daughter graduated, she is now in Nairobi. My son is also in university,” says Bashyitsi.

She said that her children never lacked anything upon returning to Rwanda. They were given all the basic requirements and government scholarships.

In 2017, she returned to Rwanda to assess the situation and realized that everything they were told was a lie. Rwanda was doing well and her children had long been integrated in the society. She also got a temporary travel document commonly known as Laissez Passer.

“When I got here, I had all the information I required to confirm that all was well, Rwanda was safe for everyone,” Bashyitsi says.

Having obtained travel documents, she found her way back to DRC to convince her husband and three children to return home. The husband was still hell bent on remaining in DRC.

“We would be told that the government in Rwanda would be overthrown and we return as victors. But even those who attempted to return, they would be held captive,” she says. 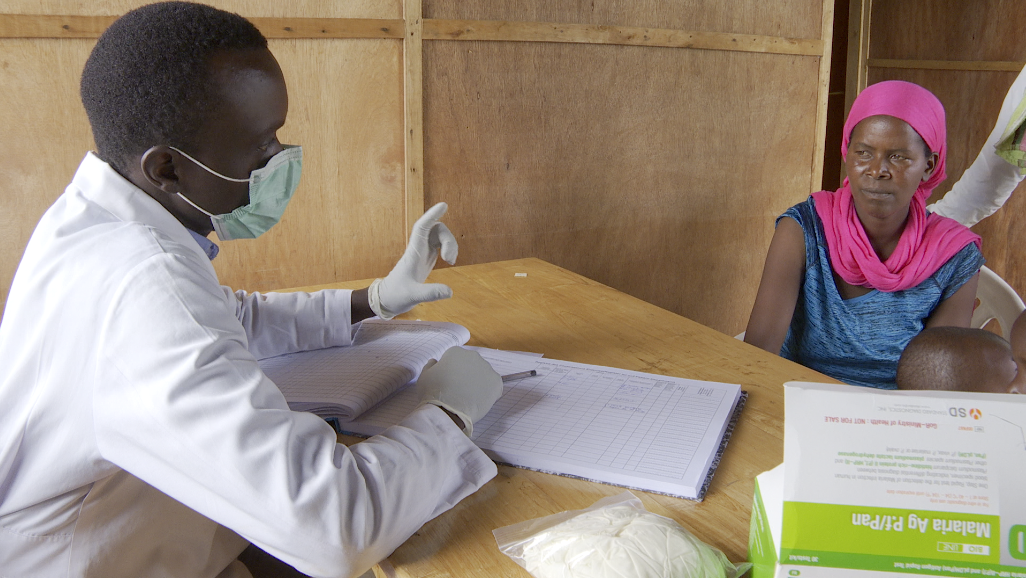 In Eastern DRC, she had become a lucrative farmer, making ends meet through agriculture, until 2018 when pressure mounted on rebel groups in Eastern DRC.

Congolese government forces FARDC intensified operations on rebel positions, forcing them to move from one point to another because there was no peace at all according to Bashyitsi.

“I got stuck in DRC because of the fighting. My plan was to come back with my children and second husband,” Bashyitsi says, adding that life in Congo was difficult and exhausting.

“We the ordinary citizens suffered more but the fighters and political leaders enjoyed certain privileges,” she says.

Without mincing words, she said they were kept in DRC by lies, manipulations and bad politics influenced by the genocide ideology. 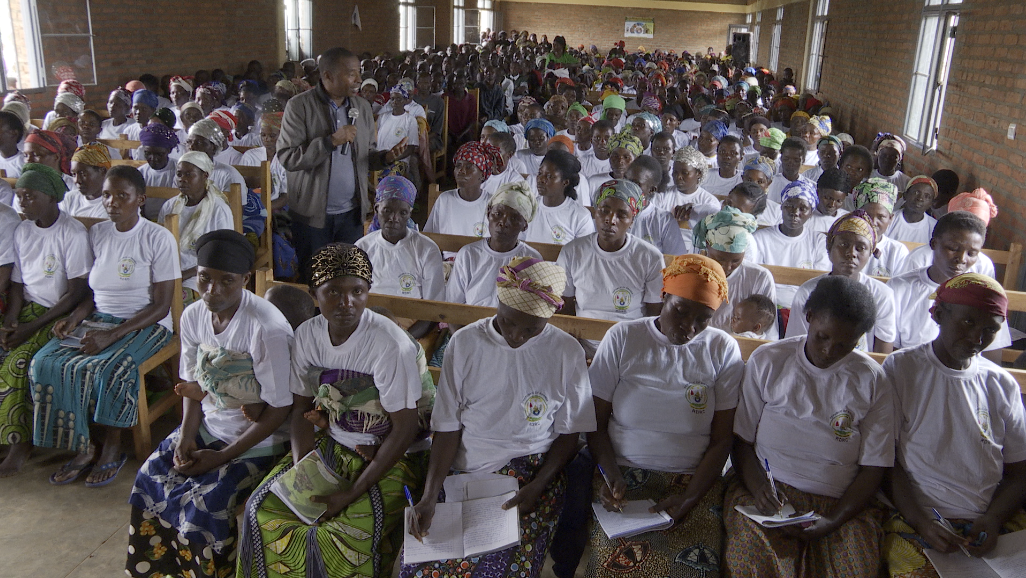 As FARDC advanced on their locations Rutare, in Kalehe territory, South Kivu, they moved deeper into DRC, going up in the forests of Kahuzi Biega National Park in North Kivu, hoping to escape from the advancing government forces.

“We had walked hundreds of Kilometres, day and night. My legs were swollen. Most of us were weak and sick, children were hungry and crying. We decided to surrender to Congolese forces, who brought us back to Bukavu and handed us to MONUSCO,” Bashyitsi recalls.

But before being handed over, Bashyitsi says soldiers searched them and took all valuables on them, including money and clothes, leaving them with only what they were wearing. Even then they had to walk back all the way, as soldiers followed them on vehicles.

Theoneste Gakwaya, 68, says that by the time they got to Bukavu and handed over to Rwanda authorities, he was so weak that they had to put him on drip as they were being transferred to Nyarushishi.

Gakwaya, born in Commune Rusatira, Butare, in the current Huye District, did not join the fighting groups, focusing on farming, says that for many years, they were convinced that they would die upon returning to Rwanda. He fled Rwanda with his family despite not committing any genocide crimes. 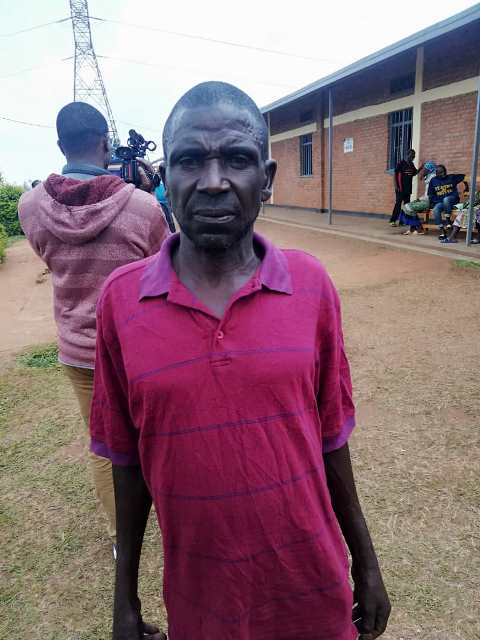 According to Francis Musoni, the Secretary General of Rwanda Demobilisation and Reintegration Commission (RDRC), the group arrived in Rwanda on December 21, having been handed over by the DRC government and MONUSCO.

In total, there are 125 men, 784 women and 1, 086 children, some of whom were unaccompanied by adults. They are currently undergoing care for 21 days as the screening and tracing exercise continues.

Majority of them were in poor health and malnourished, needing immediate intervention for conditions such as measles and excess fatigue. Those in critical condition were immediately admitted in Gihundwe Hospital for care.

“What we did here is to give them immediate care to deal with the different health conditions they came with and affording them basic needs such as food, clothing and shelter,” Musoni said, adding that dependents were separated from the combatants who were captured by Congolese government forces.

About 400 militias, former members of FDLR and CNRD, were taken to Mutobo Transit Camp where they are also undergoing rehabilitation and reintegration among other things. According to Musoni, when the process is done, they will be reunited but it will take at least 3 months.

Among other things, they are briefed on the different government programmes while at the same time following a nutrition regime that will ensure full restoration of their health. A big number of them also had infections such as measles.

“What was clear is that they were sick, hungry and exhausted, having walked long distances. The immediate concern is to ensure that they get psychosocial support and to make sure that they become healthy and fit before the next step which is reuniting them with their families and reintegrating them in society,” Musoni said.

He said that majority of them are disconnected from reality and need thorough sensitisation on different aspects of the society before they are reintegrated and resettled. 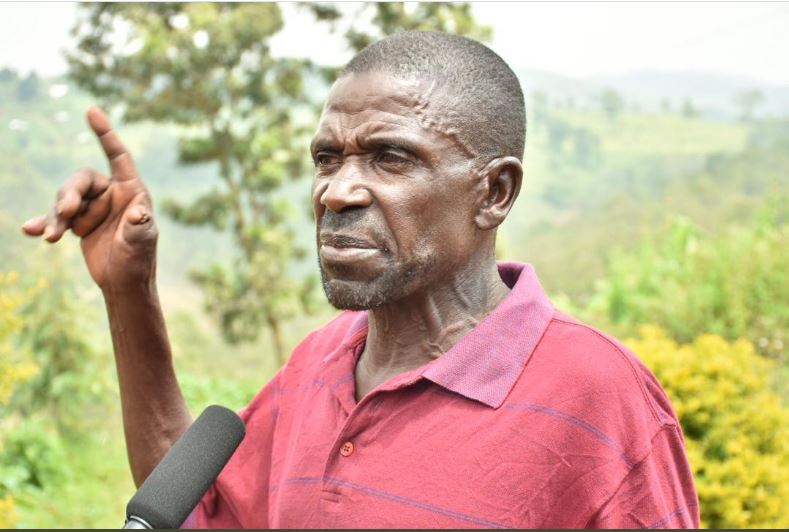 For Immaculee Uwineza, 33, it was an emotional moment as her children for the first time, received new clothes, having lost everything she had in DRC. Her husband Emmanuel Twagirumukiza is among the 400 in Mutobo.

“We are lucky to be alive. We would have died in the fighting. We were young when our families left Rwanda. My husband was a child soldier,” Uwineza said as she tried on the new clothes for children that had been just distributed.

She emotionally added that they were young and naïve and had no slight conviction that they would be welcomed back in their country of birth.

According to the Permanent Secretary in the Ministry of Emergency Management, Olivier Rugina Kayumba, some of the dependents will soon be relocated to another facility to reduce on the congestion in Nyarushishi camp, adding that the government has enough resources to take care of the returnees. 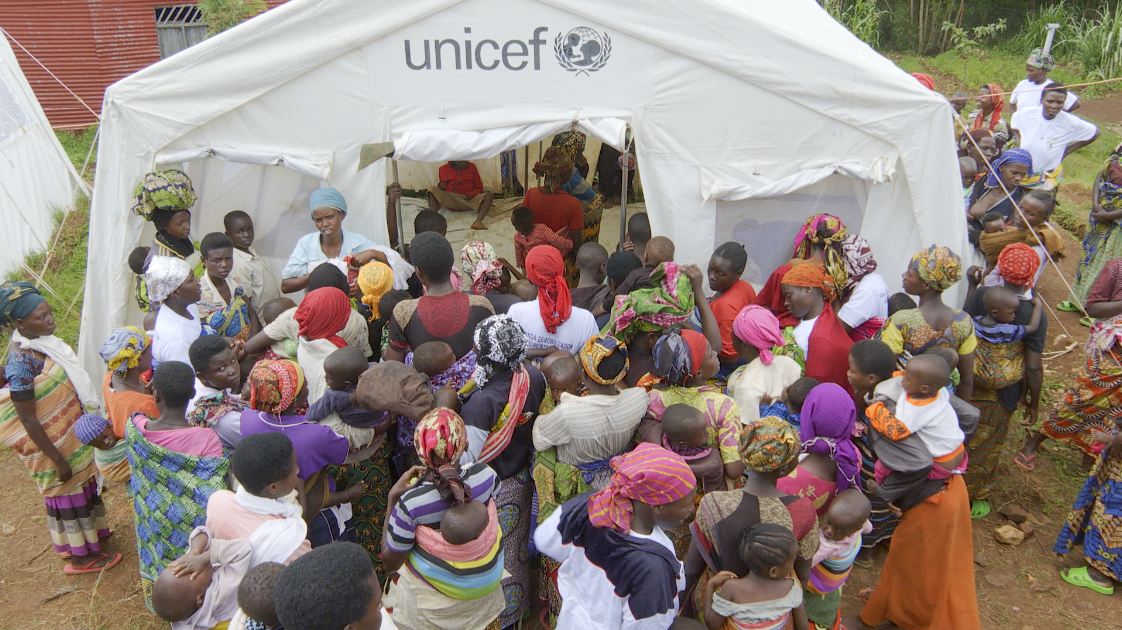