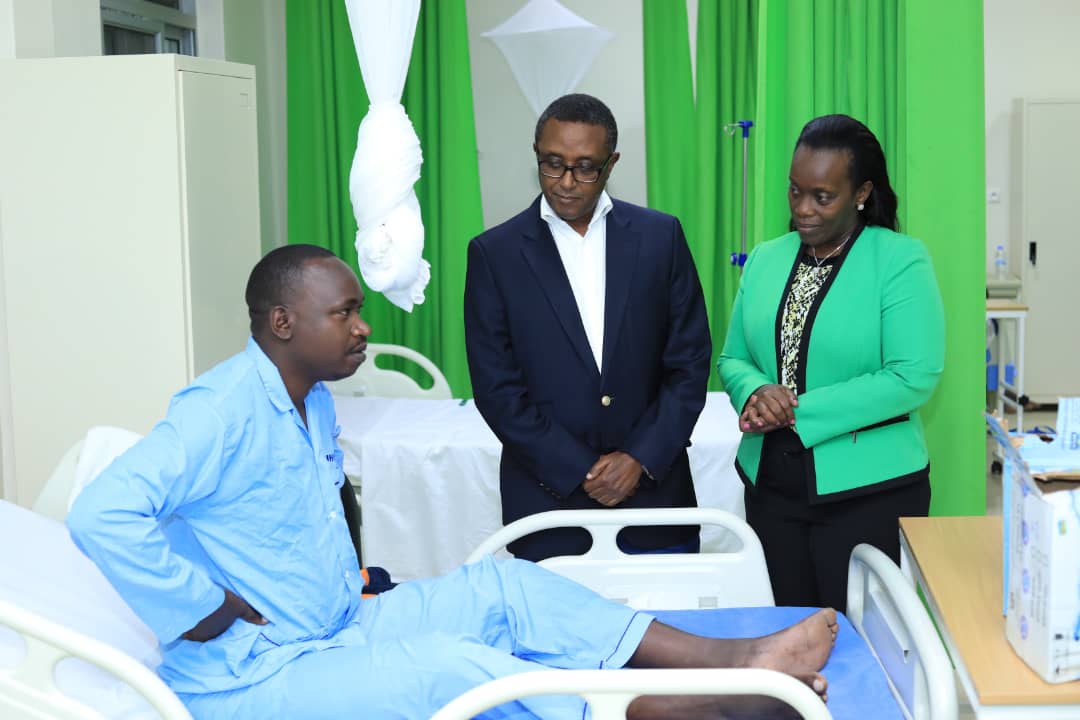 The Minister of Foreign Affairs and International Cooperation, Dr Vincent Biruta and the Minister of Health Dr Diane Gashumba this evening visited nine Rwandans who are hospitalised at Rwanda Military Hospital, after they were set free by Uganda and handed over to Rwanda following illegal detention and alleged torture in Uganda.

The Ministry of Health had earlier announced that it has dispatched a team of medical doctors to treat them.

The 9 Rwandans arrived back in the country at exactly 12:15 am through Gatuna border in Gicumbi district in Northern Rwanda. 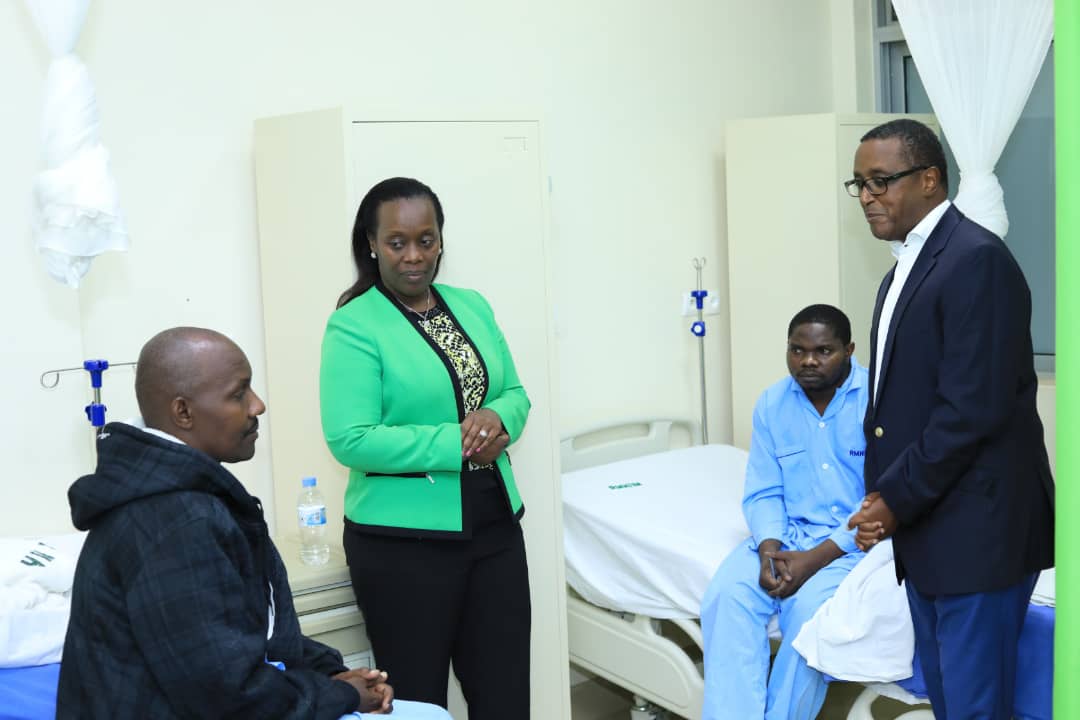 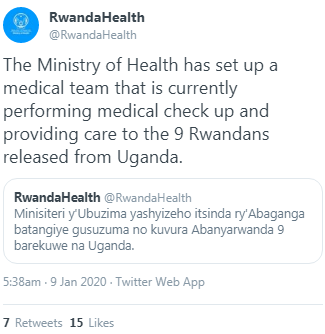 During their stay in the Chieftaincy of Military Intelligence (CMI) detention centers, the nine Rwandans were allegedly tortured and beaten. Rwanda had announced they will be accorded medical attention.