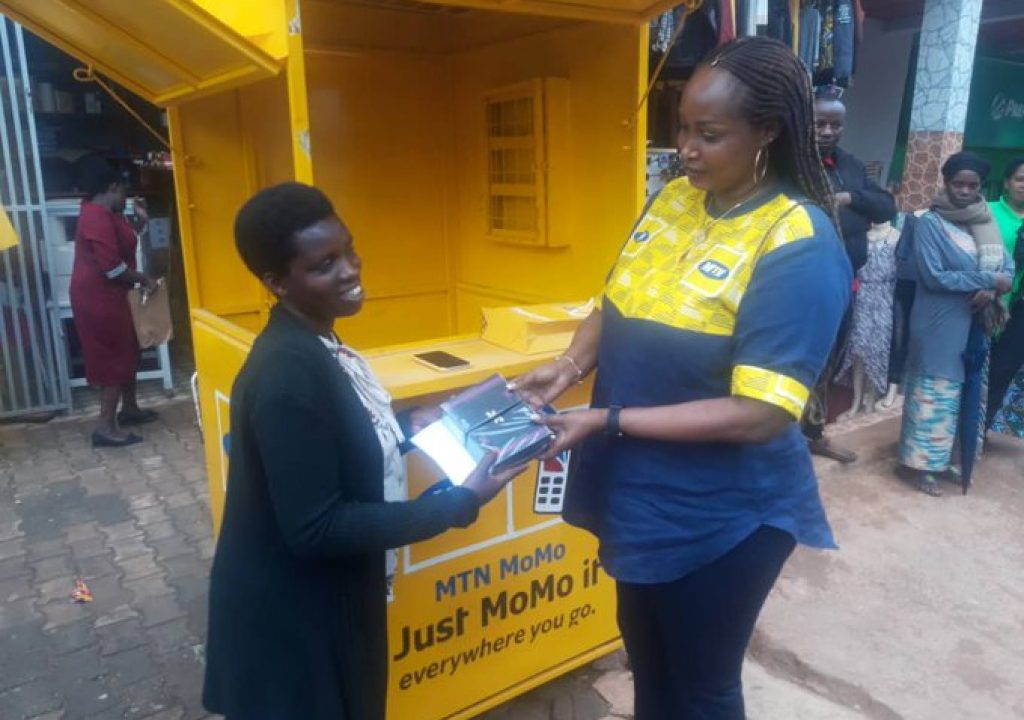 A lady who was on Wednesday attacked and mugged almost to death by two thugs in Remera sector, Gasabo district, has received a consolation from her employers – MTN Rwanda.

In the previous story, KT Press showed a surveillance camera footage in which Jeannette Tuyisenge, a mobile money agent was physically attacked and robbed of her day’s sell.

The shocking breath taking footage which went viral on social media, also led the police and Rwanda Investigation Bureau (RIB) to track and arrest the two assailants; Emmanuel Irakoze and Elias Irumva, with the latter shot dead during the operation on Thursday.

The woman, who was believed to have died in the process, was sent to the hospital and is reportedly recovering.

In the wake of her recovery, on Friday, her employers MTN Rwanda paid her a visit and donated support that will enable her to catch up with the losses in business and life.

“Visiting Jeannette Tuyisenge today, we were happy to see her recovering well. She is eager to get back to work and in support of MTN Rwanda gave her two new smartphones and the cash equivalent of what she lost during the attack” MTN said on its Twitter handle.

The telecom giant also said that they will set up a Mobile Money Kiosk for the victim to help her move on with her job.

Rwandans who have been following how this incident unveiled from day 1 to the arrest of her assailants and her outreach, showed overwhelming support to the victim and appreciation for her progress.

“God grant her quick full recovery! I also appreciate whoever is behind the installation of CCTV cameras in the assault venue and ask government and Rwanda police to ensure the cameras are spread all of the City of Kigali and beyond,” said Jean d’Amour Mugabo on Twitter.