Rwanda and Uganda have agreed on the first steps to take towards normalisation of relations by verifying and reporting back on the different accusations both countries have levelled against each other ahead of the 4th quadripartite summit set for February 21.

The two neighbours went back on the drawing table on Friday to try and resolve some of the outstanding issues that have led to the breakdown of bilateral ties, each of the countries setting demands at the 3rd Ad Hoc Commission meeting in Kigali. 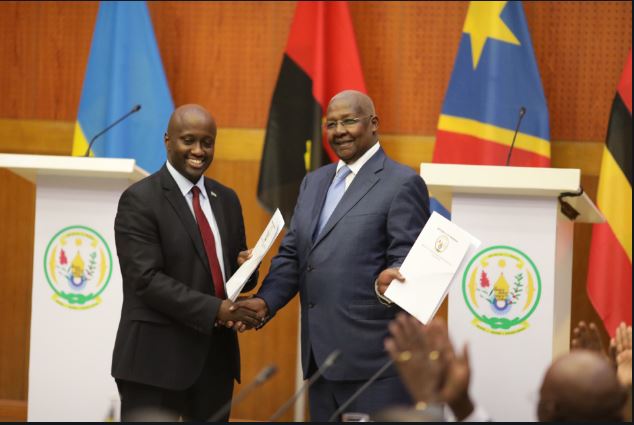 The Kigali meeting laid ground for next week’s meeting between President Paul Kagame and President Yoweri Kaguta Museveni at Gatuna/Katuna Common Border. In what came out as a major breakthrough, both countries agreed to investigate and report back on key accusations.

A communique read out by the Permanent Secretary, Ministry of Foreign Affairs, Urujeni Bakuramutsa, both countries agreed to verify claims of each other’s citizens detained on either side and to protect human rights for the peoples of both countries.

“Both parties committed to further verify the number and the status of nationals of either party detained in each other’s country and to report back through a Note Verbale in three weeks’ time,”

“Both parties committed to protect and respect human rights of nationals of either party in observance of the rule of law and international humanitarian law and by ensuring due process,”

Both parties also agreed to finalize the Extradition Treaty to be signed in the presence of Heads of State at the fourth quadripartite summit to be held in Gatuna/Katuna common border between Uganda and Rwanda, on the 21st of February 2020.

The Government of Rwanda will also formally write to the Government of Uganda by February 15 2020, notifying that latter about some specific issues related to the alleged destabilising activities carried out by Rwanda rebel groups from the Ugandan territory.

“The Ugandan Government undertakes to verify and respond by the 20th of February 2020, to some of the most pressing issues capable of being immediately addressed, and further investigate and respond to other issues,” the communique further read.

The two countries agreed that subject to fullfiling the above undertakings the Ad Hoc Commission recommends to the Quadripartite Summit to consider the issue of the normalisation of activities and the mobility of people and goods across the common border between Rwanda and Uganda.

“Both parties agreed to resume the collaboration between their defence and security organs in order to improve the mechanisms of exchange of intelligence in the interest of their national security,” it reads.

The communique further says that the meeting took place in frank, fraternal and cordial atmosphere of perfect understanding, where the two delegations reached a certain number of agreements. 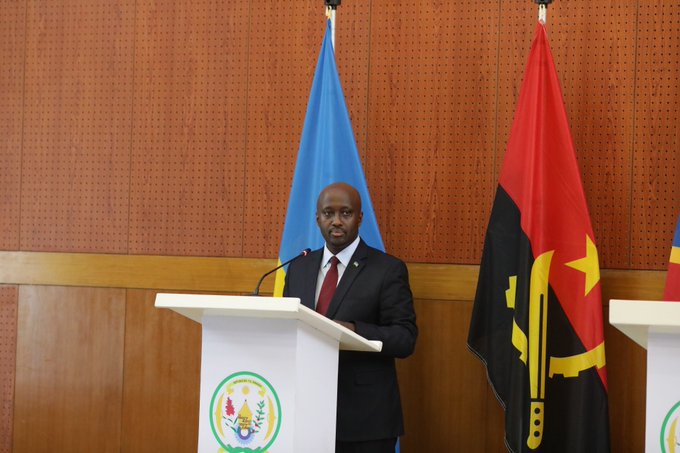 The delegation heads did not take questions from Journalists after the over 5 hour meeting.

Earlier, Ministers Nduhungirehe and Kutesa had raised key issues from their respective countries, including previous unheard of development that Uganda gave to Rwanda a list of 50 Ugandans who are detained in Rwanda. 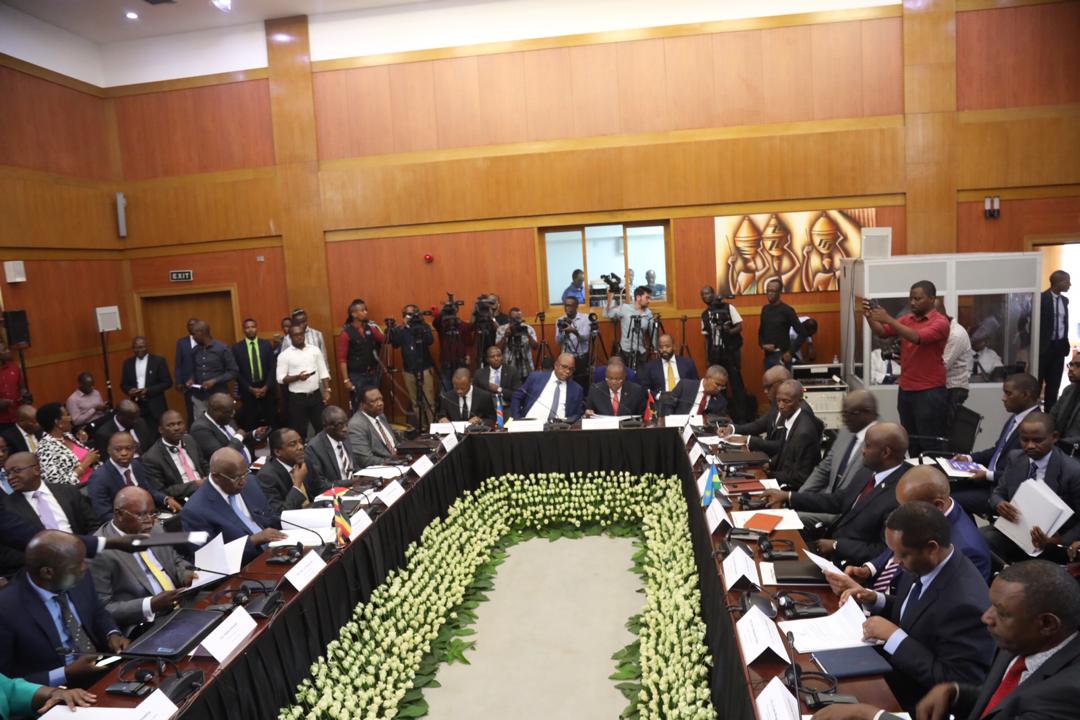 Earlier, Minister Kutesa had asked Rwanda to ‘reciprocate’ the good gesture following Uganda releasing 9 Rwandans who were jailed in Uganda but Minister Nduhungirehe said that unlike Rwandans detained in Uganda, Ugandans who are detained in Rwanda for different crimes have been accorded consular services.

In the same spirit, Nduhungirehe said that 15 Ugandans had their charges dropped and are included on the list of Ugandans detained in Rwanda Kigali presented to the Ugandan government.

Despite a tough opening with counteraccusations, the meeting ended in a jovial mood, with both delegations exchanging niceties for a lengthy period, even though it appeared that both countries had not agreed on certain things.

Among other issues which went unaddressed was the death of Emmanuel Mageza, a Rwandan national who was recently killed in Uganda. Rwanda had demanded for the repatriation of his body for a decent burial in Rwanda and Uganda to provide explanations about the circumstances surrounding his death. 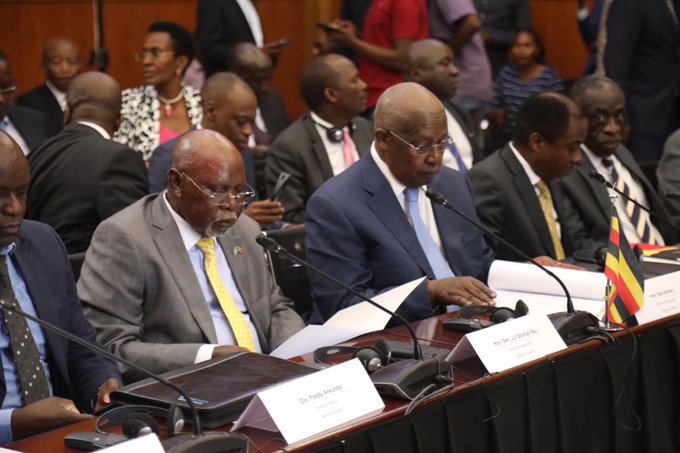 The meeting in Kigali brought together delegations from the two countries and representatives of facilitating countries Angola and Democratic Republic of Congo (DRC).

The Angolan Foreign Affairs Minister Manuel Domingos Augusto expressed optimism for a major breakthrough in the attempts by the two countries to defrost ties which soured over the last three years.

Huge anticipation and optimism remains ahead of the February 21 meeting in Gatuna/Katuna in what many have described as a possible major turning point in the relations between the two countries.