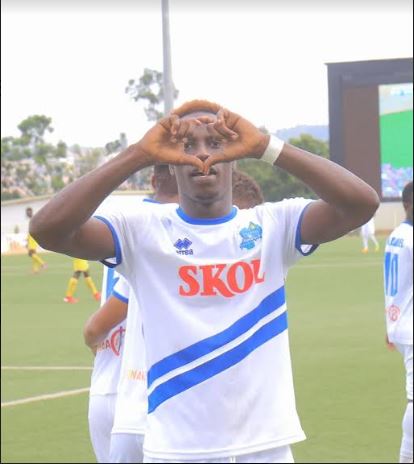 Rayon Sports FC have reached a financial settlement with the Ghanaian striker Michael Sarpong after he was dismissed for publicly abusing the club’s president, according to a joint statement today.

Also, the club will waive off 612 USD they spent on the player’s air ticket when he was returning to Rwanda earlier this year.

The club also said they will continue to pay for the player’s housing and food until the lockdown is lifted.

The player had challenged his dismissal saying it was “unfair” and was planning to take the matter to court.

He was dismissed last month after he criticized the club’s president Sadate Munyakazi during an interview with a local radio, saying the club “deserves someone who is mature.”

Throughout the interview, the striker also voiced his anger that the club had decided, amid the coronavirus pandemic, to withhold the players’ salaries without consulting them.

In a statement Rayon Sports said the player has agreed to drop his claims and forgo his April’s salary.

“I would like to thank Rayon Sports family for everything I am today, and apologies to anyone I may have ever inconvenienced through this entire time. I am and always will be part of this great club.” said Sarpong.

Michael Sarpong moved to Rayon Sports in September 2010 from the Ghanaian-based Dreams FC,and immediately hit the ground running scoring 16 goals in his first season as the club claimed the national league.

Earlier this year, Sarpong went for trials with China League One outfit Changchun Yatai FC but he couldn’t complete his move as the club signed the Nigerian Aaron Olanare instead. He then came back to Rwanda to continue the season with Rayon Sports, netting four times before the league was suspended.