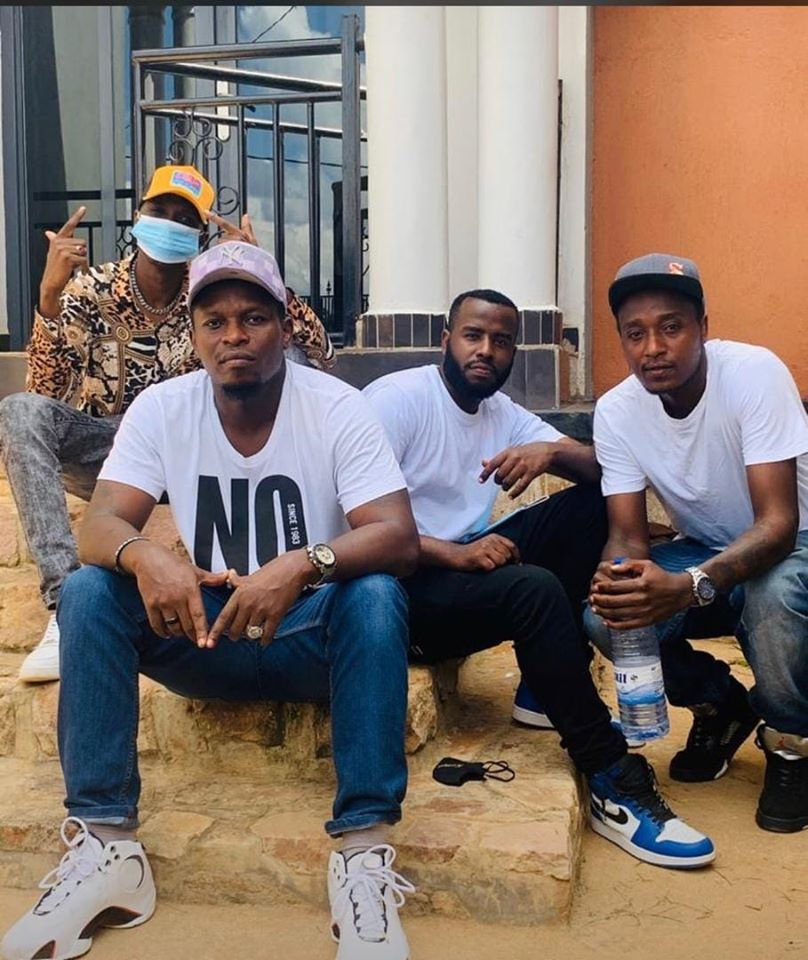 Local hip hop courtesans in jovial mood as Tuff Gangz rappers rehearse for a virtual concert that will see all crew members on the same stage for the first time since 2015.

The show is slated to take place this Saturday 23rd May via Mk1 youtube channel and instagram, it will feature all original Tuff Gangz Green P, P-Fla, Jay Polly, Fireman and Bull Dog.

Despite the much anticipated concert, rapper Jay Polly lately while talking to press, revealed that they have no immediate plans to record songs together as a team as earlier speculated.

“We are much prepared to give our best performance to hip hop fans in this concert, but we haven’t talked about any plans of hitting the studio together to record a song. However, we are all much interested in focusing much on our solo careers,” Jay Polly.

According to a close friend of the rappers, the Tuff Gangz concert idea came following Green P’s surprise performance at a recent concluded The Ben’s show.

Most of the fans on social media begged Tuff Gangz crew members to stage a show together and if possible think of reuniting after being thrilled by young blood Green P.

The high-pitched talent in their music makes them exceptional artists and the message carried by their lyrics makes them fans’ favorites.

The Tuff Gang is a music group formed in 2008 by Bull Dogg, P-fla, Green P, Jay Polly and Fireman. These rappers largely link themselves with Old School Hip- hop music.

In mid 2009, the media developed a row with the Tuff Gang accusing them of drugs and violent behavior. This annoyance almost brought the group’s career to a close down as their music was not aired at that time.

In 2015, Tuff Gangz parted ways and every rapper embarked on a solo career hence making some of the crew members successful like Jay Polly and Bull Dog.

Fellow crew members P-Fla, Fireman and Green P did not impress the audience due to being in and out of prisons over drug abuse.

The Tuff Gang released more than fifteen songs collectively all of which play on the radio despite breaking up of the crew.