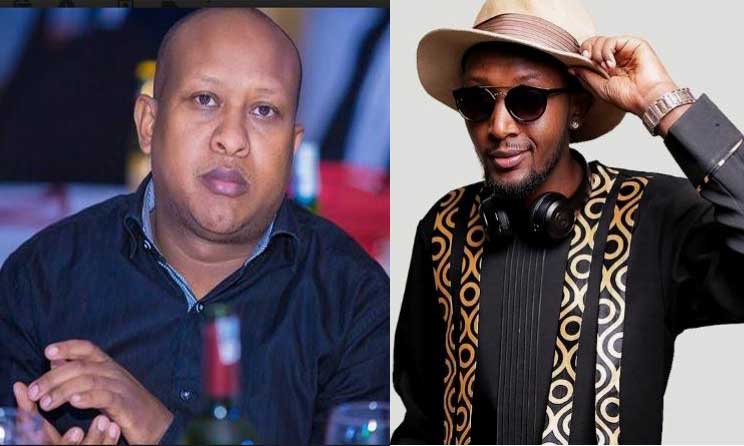 Agatako hit maker Pius has confessed that there is nothing he can do to amend the cold relationship between him and former music friend Alex Muyoboke, whom he accuses of going around belittling his songs.

This comes following Alex Muyoboke’s comments towards Pius live on Tv, where he told Pius to forget about singing and concentrate on deejaying.

Deejay Pius was forced to clear the air on why he is no longer on good terms with Alex Muyoboke and said that the root cause is the break up with girl band Charly Na Nina.

“He doesn’t have to go around patronizing my music career yet he was the first one to tell me to hit the studio as a solo artiste when I parted ways with Two 4real. The problem he thinks somehow I played a part in his problems with Charly Na Nina which resulted into firing him as their manager,” says Pius.

“I have heard many people saying that I should apologize to him but there’s nothing to apologize, I won’t say ill about him but time will tell.”

When Two 4real crew parted ways in 2016, Pius thought about quitting music but Alex Muyoboke talked to him and he embarked on his solo career by recording his first solo song Agatako with Uganda’s Jose Chameleon, which became a hit over night.

Ever since the Agatako song, Pius and Alex have been friends, supporting each other’s music projects inside and outside the country until early 2018, when Charly Na Nina fired Alex Muyoboke.

According to Pius, he decided to keep the relationship with the girls because they are music partners and couldn’t let problems with the manager kill the relationship built for years which, he said, made Muyoboke angrier.

Pius is currently working on his new album which will include ‘Ubushyuhe’ featuring Bruce Melody which is enjoying local airwaves currently.

The former lead singer of Two 4real crew has been dropping hits, ever since he started a solo career. He started up a music house dubbed 1K entertainment which houses music star Amalone and a string of local deejays.