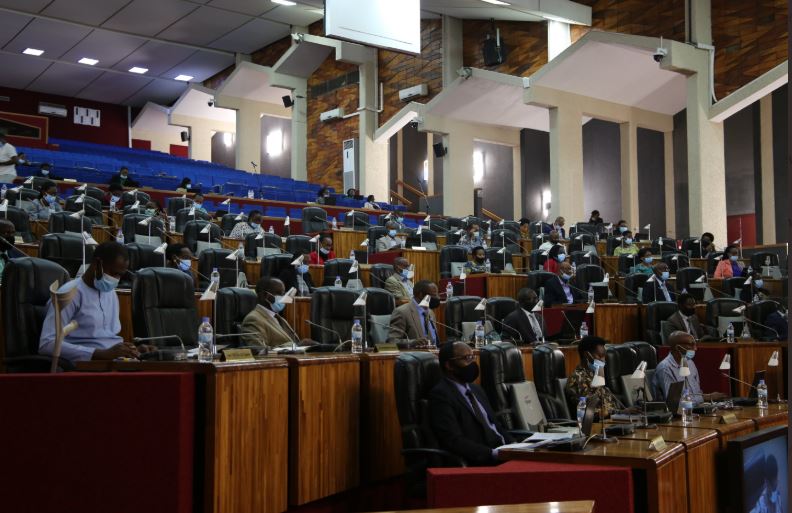 The Rwandan Parliament has added its voice on the growing call to drop a Rwandan woman accused of genocide denial from a committee established to examine the European country’s colonial past in the Great Lakes Region.

A statement issued by the August house on Monday welcomed the decision by its Belgian counterpart to establish a committee to look into the Belgium’s history with its former colonies namely Democratic Republic of Congo (DRC), Rwanda and Burundi but expressed concerns over the inclusion of Laure Nkundakozera Uwase.

The nomination of Uwase, a member of Jambo Asbl, a Belgium-based organisation accused of denying and trivializing the 1994 Genocide against the Tutsi has led to criticism of the Belgian Parliament, especially by genocide survivors who feel she lacks the credentials to be part of the commission.

“The Parliament of Rwanda welcomes the initiative of the House of Representatives of the Kingdom of Belgium to establish a Special Parliamentary Commission to examine Belgium’s colonial past in Congo, Rwanda and Burundi, its consequences and the responses to be made thereto,” a statement issued by the Parliament of Rwanda reads in part.

Parliament said that the initiative underscores the importance of historical clarity and collective memory as prerequisites for forging a healthy future of mutual benefit and respect.

“However, the Parliament of Rwanda is concerned by the inclusion in the Group of Experts, that will assist the Special Commission, of a known genocide denier whose known “expertise” is the distortion of the recent history of Rwanda, and who belongs to an organisation whose mission is the denial and revision of the 1994 Genocide against the Tutsi,” it added

“The Parliament of Rwanda wishes to inform the Belgian House of Representatives that in view of the circumstances above, it already has reservations about the outcome of the work of the Special Commission,” it further said.

The Parliament of Rwanda reiterated its willingness to further strengthen the existing relations with the Belgian House of Representatives.

Uwase is one of the founders of Jambo Asbl, and has previously served as a Secretary-General of the organisation and an editor of its negationist publication Jambo news.

The organisation has been described as a coalition of genocide deniers, who are mainly children of disgraced politicians who entrenched ethnic divisions and the genocide ideology.

Uwase, who is currently a lawyer in Brussels, is a daughter of Anastase Nkundakozera, who was convicted by the Gacaca Courts for genocide crimes and her mother, Agnès Mukarugomwa, was a prominent MRND activist and is currently the director of Ikondera Libre, an internet-based media outlet which is known to openly negate the genocide.

The Rwandan Diaspora in Belgium and the Association of genocide survivors grouped under IBUKA Mémoire et Justice Asbl have also protested the nomination of Uwase in a letter addressed to the Belgian Legislative Assembly.

Similarly, the International Genocide Research Association (RESIRG Asbl), which is headquartered in Belgium, has also protested the appointment of Uwase to the commission which has 10 people.

Genocide scholar Tom Ndahiro said that the nomination of Uwase defeats the purpose for which the commission was created because it is neither an expert on colonialism nor is she a historian.

The commission is expected to submit its first report by October 2020, which will uncover the truth based on research, on the history of Belgium during the colonial period.

Belgium colonized Rwanda between 1922–1962, but the European country’s legacy in the Great Lakes region is tainted with a track record of violence, exploitation, a divide and rule policy pegged on ethnicity, which culminated into the genocide and other acts many say should be apologised for.

I am the Biggest Brand in the Country-The Ben