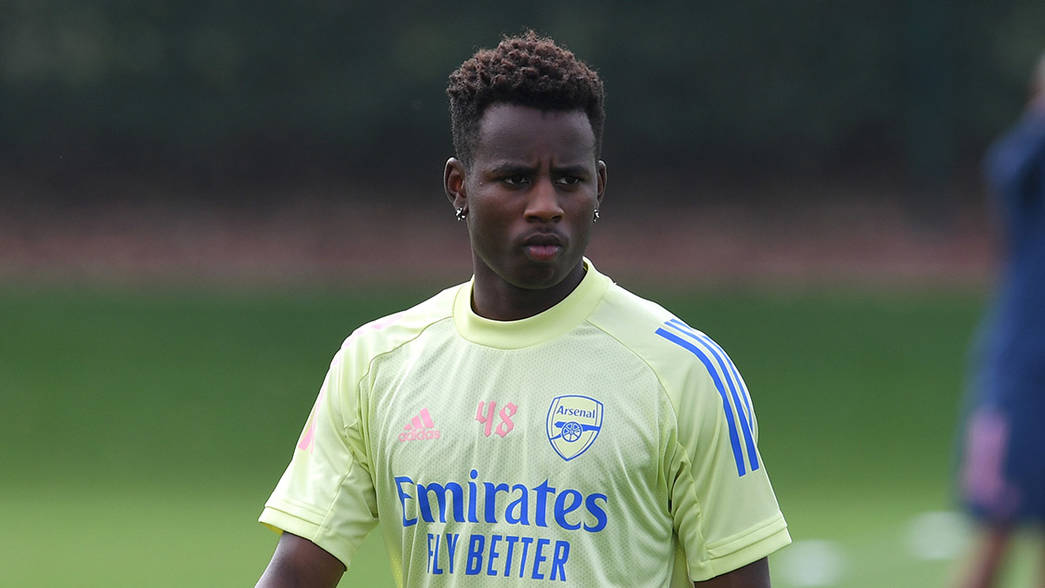 The premier league giants have announced the signing of the promising Rwandan-born winger George Lewis Maniraguha Igabe on a free transfer ahead of next season.

The 20-year old winger joins Arsenal’s under-23s following a successful two-week trial with the team in March where he impressed the coaching staff with his pace, his ability to beat a defender and his versatility.

“Everyone at Arsenal welcomes George to the club and we look forward to supporting his ongoing development.’ the club’s statement said.

George is predominantly a right winger but can play on both flanks.

On his dream move, the youngster spoke of his hopes of establishing himself with the north-London giants.
“No, it’s really an unbelievable feeling. It feels really good right now.”

“What I hope to achieve is, of course, to play for the first team at Arsenal and get as many appearances and goals and assists as possible!”

George was born in Kigali but left Rwanda at the age of five when his parents moved to Norway. He started his footballing career in the youth teams of Tromso IL and has spent the last few years in Norway’s lower league including spells at Tromsdalen UIL and Fram Larvik.

The youngster who is eligible to play both for Rwanda and Norway is yet to start  international football but Rwanda national team head coach recently revealed that he has been approached but is yet to make a decision.

He becomes the second Rwandan ever to sign for Arsenal after Alfred Mugabo who was once tipped for stardom but never made it to the first set-up.

Premier League football is popular in Rwanda and Arsenal is among the favorites. The club has also been advertising ‘Visit Rwanda’ on its players’ sleeves.

Fans in Rwanda will be hoping that, this time, a Rwandan gets an opportunity to don a ‘VisitRwanda’ jersey and shine in Arsenal’s first team.