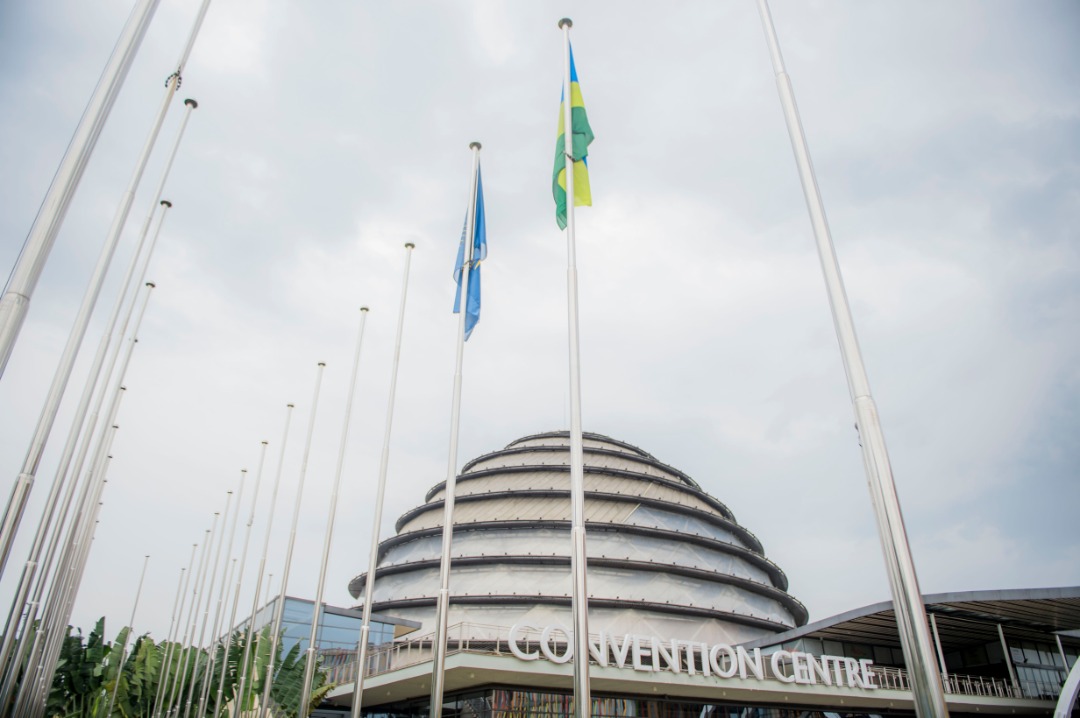 “Rwanda has performed exceedingly well on the economic front. It’s seen as a success story in a continent that is dotted with malfunctioning states.” These are words by Lewis Mudge, the Central Africa Director for Human Rights Watch, as quoted in Charles Wachira’s article published in Towards Freedom. The opinion titled “Rwanda’s Economic Success Keeps Western Scrutiny About Human Rights Abuses at Bay” https://towardfreedom.org/ ran on July 19, 2021.

As you can see, the headline is a criticism. In the article the author alleges all types of misrule, ranging from murder, absence of independent media and political opposition, grabbing of private businesses, to forced disappearances, extra judicial killings and what have you. He makes all these outrageous claims against Rwanda without adducing even a single piece of evidence.

It makes him look like a reporter forced by his editor to attribute wrong to an innocent victim, because the owner of the publication pursues vendetta. He then falsely accuses the West of turning a blind eye to Rwanda’s excesses, leaving the reader wondering who between the writer and the West is blind! Certainly both of them know better. They each only choose to use truth selectively, depending on what suits their common or at times divided interests of the moment.

Yet truth can be so compelling it often stubbornly comes out one way or the other. In this case, not only did the author manage to find space for statements of deserved praise within his largely cruel story, he even could not resist the urge to roll off with one.

He started by stating that “Rwanda is one of the world’s fastest growing economies and is ranked second in Africa as the easiest place to do business”.  This coming from, of all sources, Human Rights Watch, is amazing.

This organization is only known for scathingly attacking Rwanda regularly, most of the time without any good reason besides the irresistible pressure behind it from the invisible strong arm to undermine the weak. This country, having survived the worst 27 years ago, has moved forward in spite of such huddles.

As Rwanda goes through years, moving further away from the catastrophe of 1994, the country continues to register real progress on all fronts. Guided by the bold choices to stay together, be accountable, and think big, https://www.police.gov.rw/media-archives/news-detail/?tx_news_pi1%5Bnews%5D=3359&cHash=3c697a6bec9ac71a1a2a59d693e6d6f8  as outlined by President Paul Kagame in his speech of 2014 during the occasion to mark Rwanda’s 20th Genocide commemoration, the country has performed beyond expectation.

For this reason, Rwanda’s critics whose job is to make a good situation look bad and a not so good one look pathetic, have found it extremely difficult to justify their unchanging negative opinions about the country.

In the face of successes such as GDP growth averaging 7.2% annually over a decade to 2019, two thirds fall in child mortality, universal primary healthcare, as well as a near-perfect primary education program for all, just to mention a few highlights, depicting Rwanda negatively has become a tough task.

The post-genocide Rwanda has been quite pragmatic and innovative. Heavily relying on a range of Home Grown Initiatives, the country has experienced social economic and political transformation at a rate unprecedented in modern world. The World Bank 2020 report attested to this fact where it said that “a strong focus on homegrown policies and initiatives contributed to a significant improvement in access to services and in human development indicators”.

In the message above, the World Bank is trying to inform the world on Rwanda. Without saying it directly, the global institution implies that if the bad governance allegations by Charles Wachira were to be true, the country would not have been among the fastest growing economies in the world for this long period of time.

Research has over time shown that investors will flee from bureaucratic, politically unstable and highly corrupted economies unable to provide transparent and efficient services to the public. http://meea.sites.luc.edu/volume18/pdfs/6%20-%20Revised%20Governance%203-15-16.pdf Only socially accountable governments responsive to citizen needs will routinely create democratic environments that will lead to sustainable growth and human development.

This sounds like Rwanda, doesn’t it? It is accountable, politically stable, diminishing levels of corruption, service delivery, responsive to citizen needs, ultimately making it democratic and thus highly attractive to investors. The impressive second position in ease of doing business in Africa, and how Rwanda directly feeds from this to remain in the club of economies growing fastest in the world is a result of tremendous effort.  This is an aggregate of deliberate and consistent excellent performances within individual clusters of governance and justice, social welfare as well as economy.

Ironically Charles Wachira too seems to have this at the back of his mind. He says in the same article that major global brands flock the country, including the world’s biggest car manufacturer (Volkswagen), the world’s biggest nuclear company by foreign orders (Rosatom), U.S multinational telecoms company, the only smart phones manufacturer in Africa and a “retinue of other global corporations to set up shop in a country the size of the U.S. state of Maryland” https://towardfreedom.org/.

All the things Wachira says about Rwanda – best place to do business, multinational corporations continually coming in to invest, and fastest growing economy – make a good case of a nation destined for sustainable economic development. It however skips his mind somehow, that common sense, scientific research and plain history combine to refute and dismiss his wild accusations of governance malpractices in Rwanda.

He forgets the country would not be a destination of choice for foreign investments coming in good numbers from the West if Wachira’s allegations were to be true in the slightest. This is because good money never follows bad politics, period.

But he reserved his worst assessment for last. He dared to say that “U.S. National Intelligence Council’s Global Trends Report published every five years says the world is at a critical juncture in human history and warns that a number of countries are at high risk of becoming failed states by 2030 – Rwanda being one of them”.

Imagine the positive investment trends he highlighted, the good impression he creates about the fastest growing economy and the prospect of further economic consolidation since Rwanda sits in the best position to attract more business. He said it all. And yet he turns around to include the country among those likely to fail in less than 10 years!

What was he sniffing?

A relinquished dream, Charles Wachira, has had about Rwanda! He can’t own it at all but gives a chance to more of depicting and articulating articles on real Rwanda, like this,…Thank you

Progress anywhere in Africa is a thorn in the fresh to these preachers of doom! Distortion of news about Rwanda is the same story that has kept Human Rights Watch misleading media stalwarts. Paying no attention to corruption-ridden and poorly governed HumanRights watch is the answer to people-centred leaders in Africa.