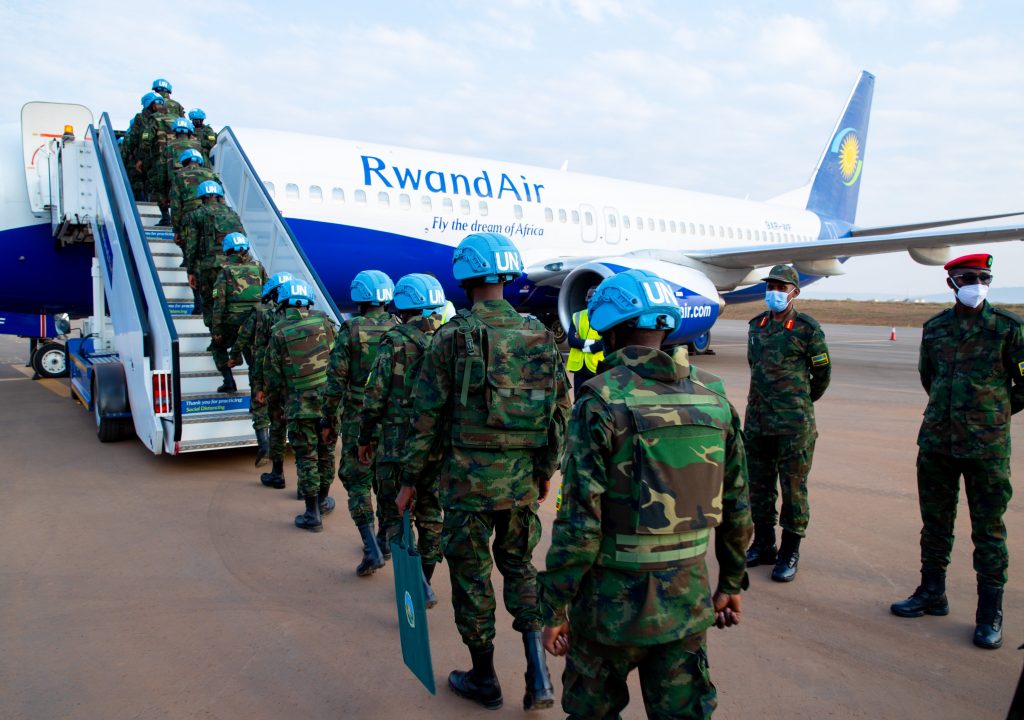 Rwanda has started the deployment of an additional Infantry Battalion of 750 military personnel to the United Nations Multidimensional Integrated Stabilisation Mission in Central African Republic (MINUSCA).

Today, the advance party of the contingent composed of 300 peacekeepers led by Lt Col Patrick Rugomboka were airlifted from Kigali International Airport to Bangui.

The peacekeepers were seen off by the 1 Division Commander, Brig Gen Eugene Nkubito on behalf of the RDF leadership.
They were briefed by the Army Chief of Staff, Lt Gen Mubarakh Muganga, on Monday 02 August 2021 at Gako. He urged them to maintain discipline and observe RDF values. He told them that their colleagues had already done a good job in the mission area and that this contigent should strive to perform even better. 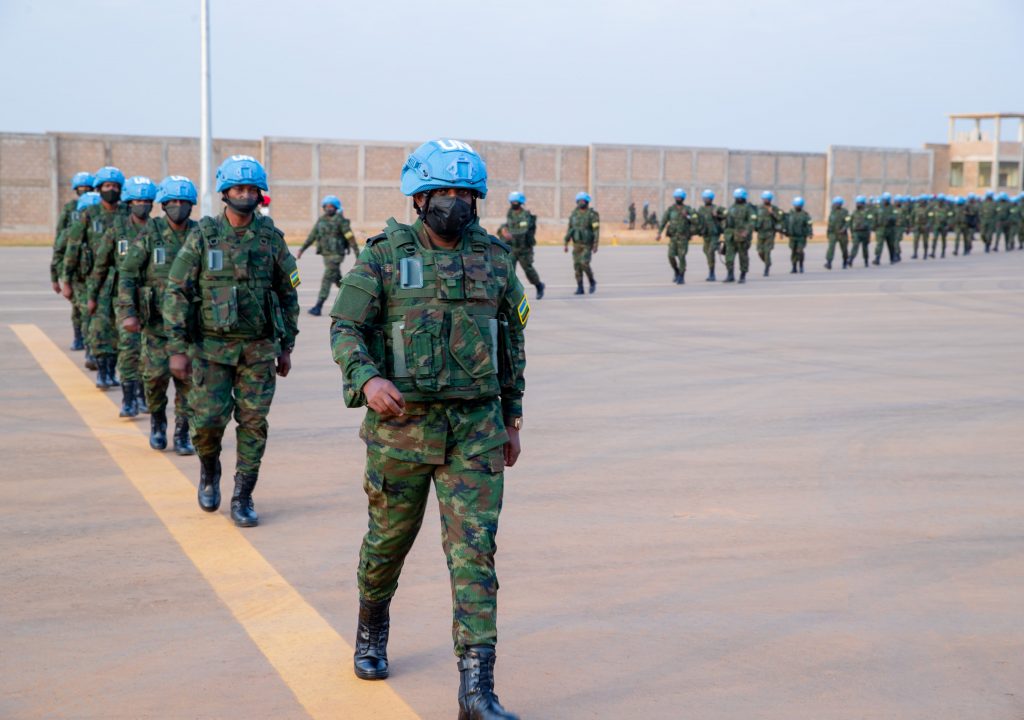 MINUSCA Force Commander expressed his gratitude to the Rwandan peacekeepers for their unwavering commitment to protecting civilians and maintaining peace and security in CAR.

The troops are deployed following a request by the United Nations to reinforce its peacekeeping mission in the Central African Republic.

The main task of this battalion will be to secure the main supply route one (MSR1) connecting Bangui to the border with Cameroon.

With current deployment, Rwanda will have 3 Battalions plus a Level II Hospital deployed under MINUSCA. 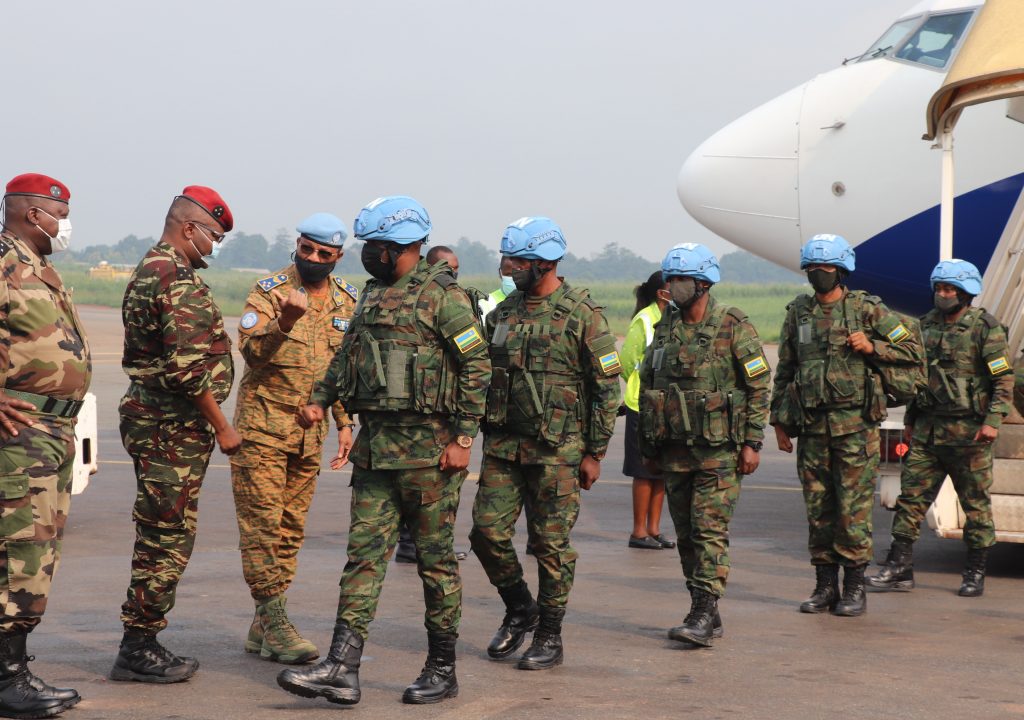 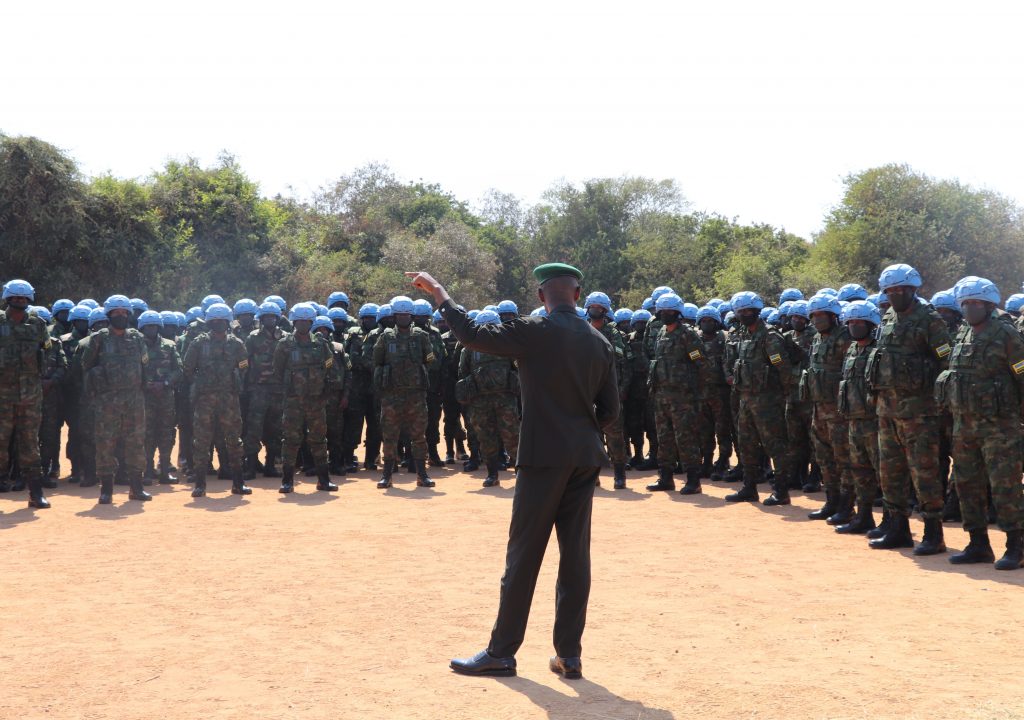