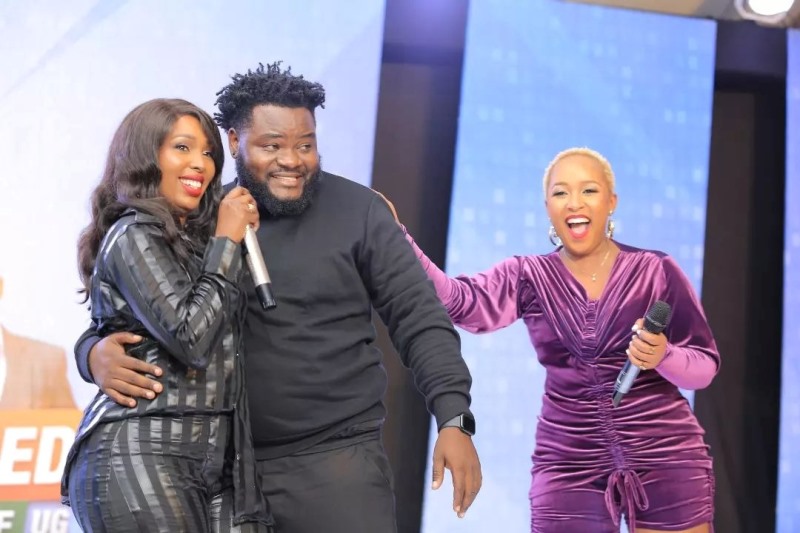 Last night in Kampala, history was made by Charly Na Nina singing duo as the girls drove comedy store show audience crazy with their hit songs like I do, Indooro, Lavender and Owooma after three years without performing in the neighboring country. 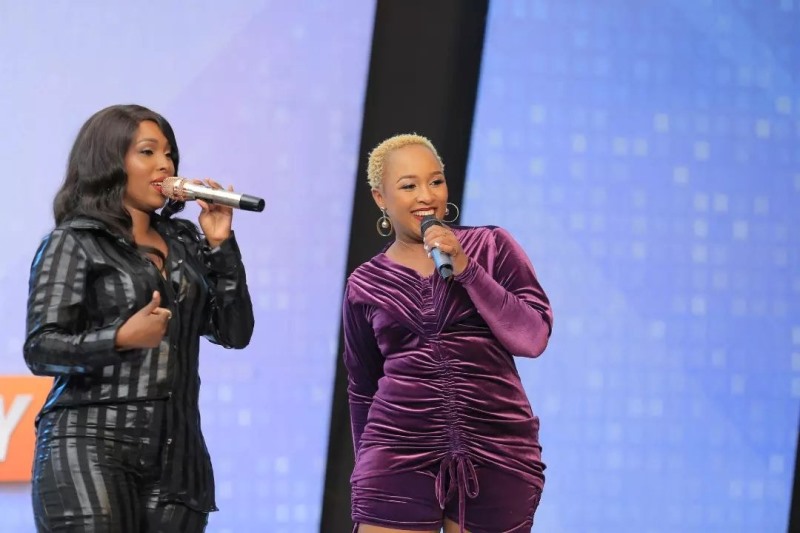 The show took place at UMA show Ground, Lugogo where hundreds of revelers who had turned out for the show jumped and screamed to their stomach when the ‘Uburyohe’ hitmakers stormed the stage.

Charly was clad in a purple silk dress with her trademark short tinted hair whereas, Nina donned black pants with long hair dangling on her waist, all looking glamorous on the stage. 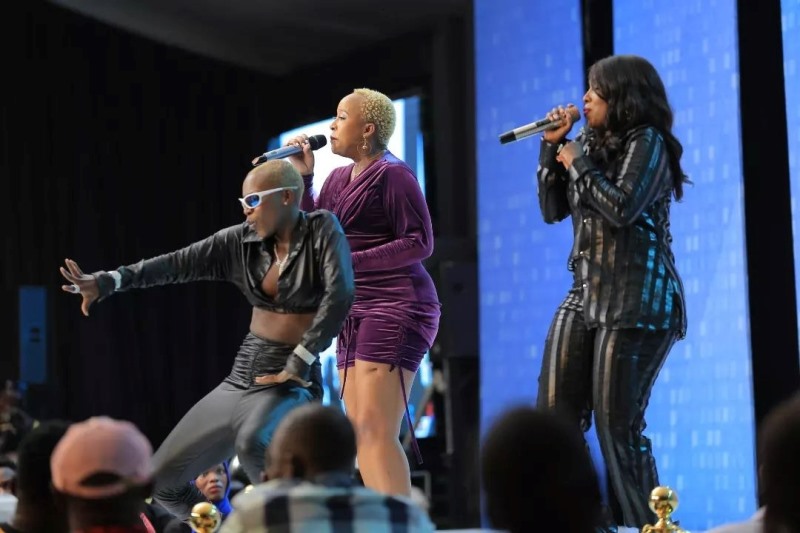 No love lost, Charly Na Nina patched the cold relationship they had with Uganda’s Geosteady and the later joined them on stage to perform their hit song Owooma that set ablaze to the audience.

It was a night of joy to music lovers after years of covid 19 pandemic, political tensions between Uganda and Rwanda, that halted the entertainment industry between the two countries. 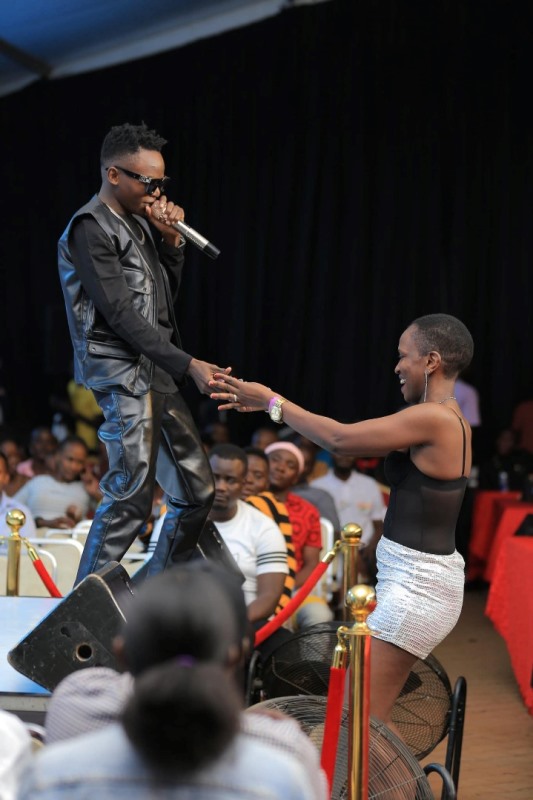 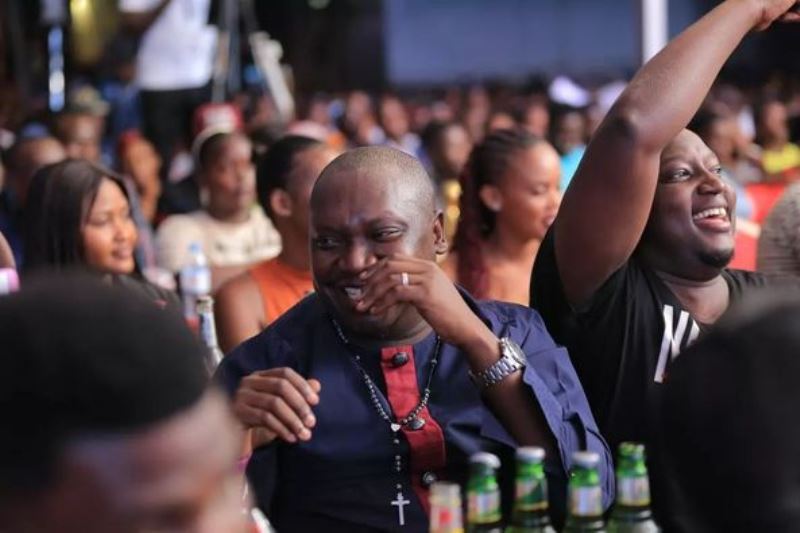 The Indooro famed singers Charly Na Nina resurfaced on music scene recently with a new song dubbed ‘Lavender’ after series of rumors alleging that the two had separated for good. 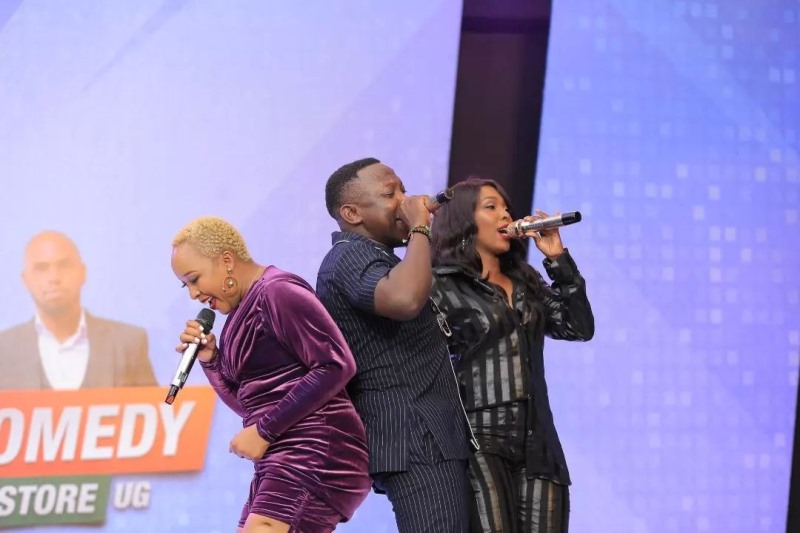 Charly Na Nina have made successful shows and won awards in Uganda in previous years as well as working with Ugandan artists. 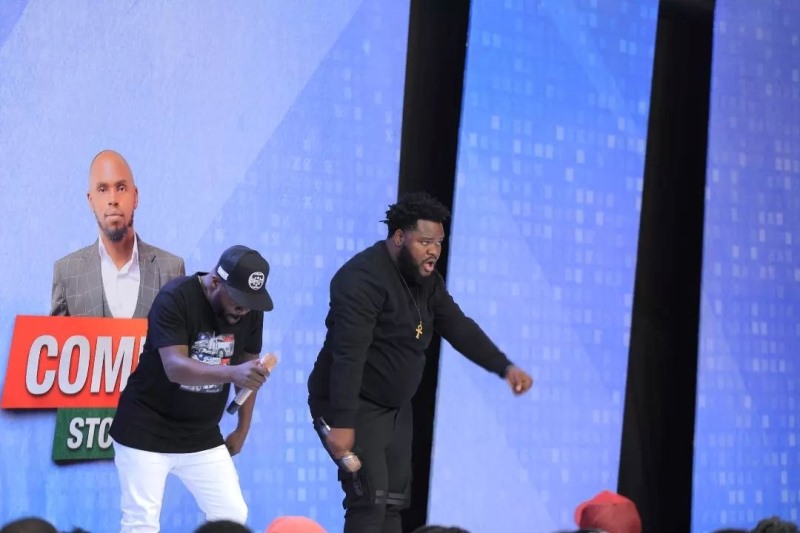 Charly Na Nina are famous for hit songs like Indooro, Owooma, Agatege and many more. 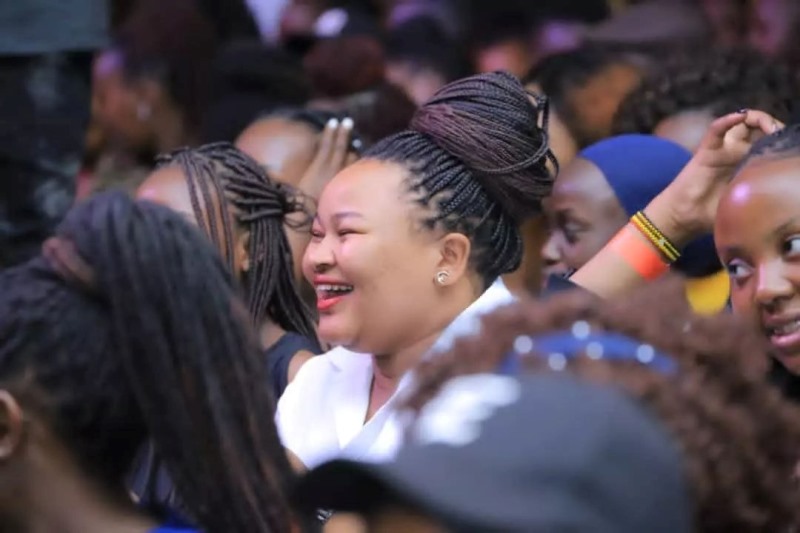 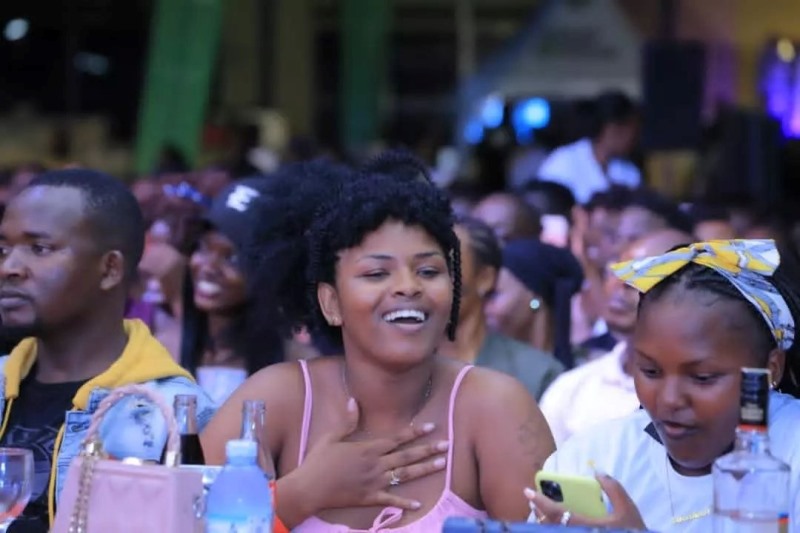 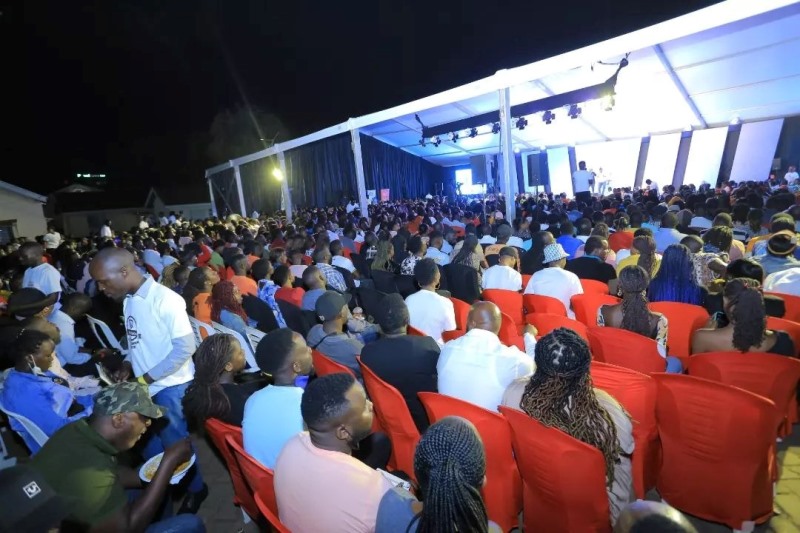