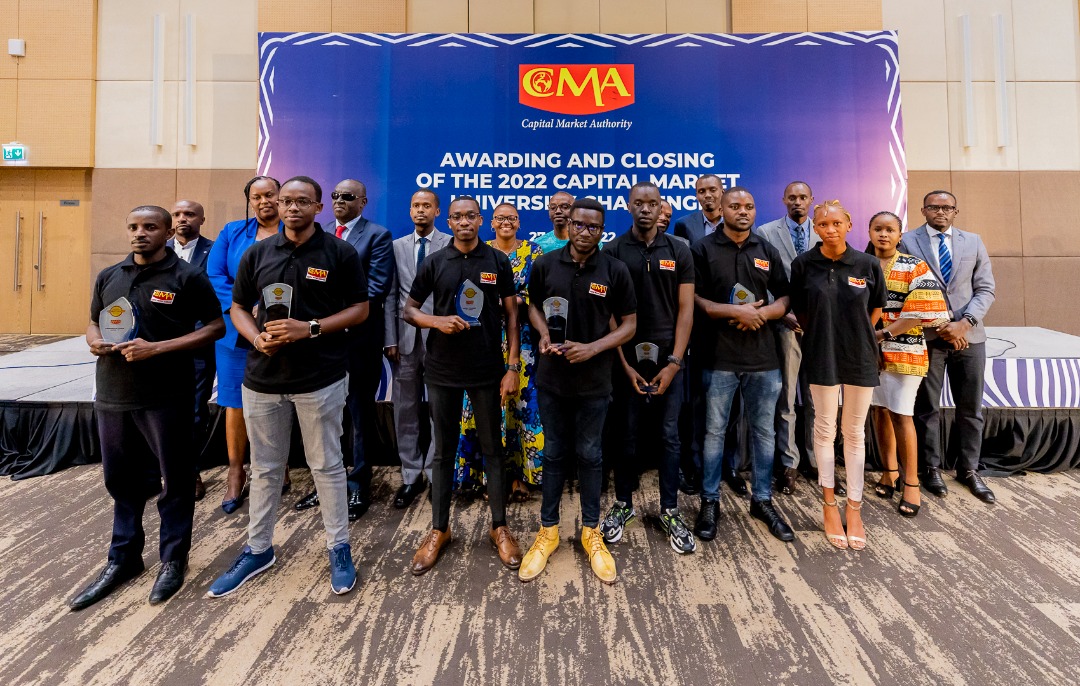 Winners of the 2022 CMUC pose for a photo with the Judges and officials.

The Rwanda Capital Market Authority (CMA) on Friday announced the winners of the 9th edition of the Capital Markets University Challenge in a colourful event held at Kigali Convention Centre (KCC), to mark the end of the annual contest.

University students, officials, heads of education institutions and players in the capital market industry convened to see the 15 finalists tussle it out before the judges for the quiz category while winners of the essay category were also announced.

In the quiz category, Faustin Habimana emerged the winner, after impressing the judges with the right answers after the buzzer, followed by Iverson Mico Nsabagasani and Egide Tumukunde.

In the essay writing category, Pascal Niyomuremyi emerged the best, followed by Samuel Tuyisenge and Daniel Mwenedata in 3rd place.

Officially launched on April 19, the 2022 CMUC came to an end in an interesting run where the 15 candidates selected at the provincial level had to answer questions from the panel at the sound of the buzzer.

It was an exciting moment as the winners were announced and their prizes which were in the form of securities or shares and bonds listed at the Rwanda Stock Exchange (RSE). 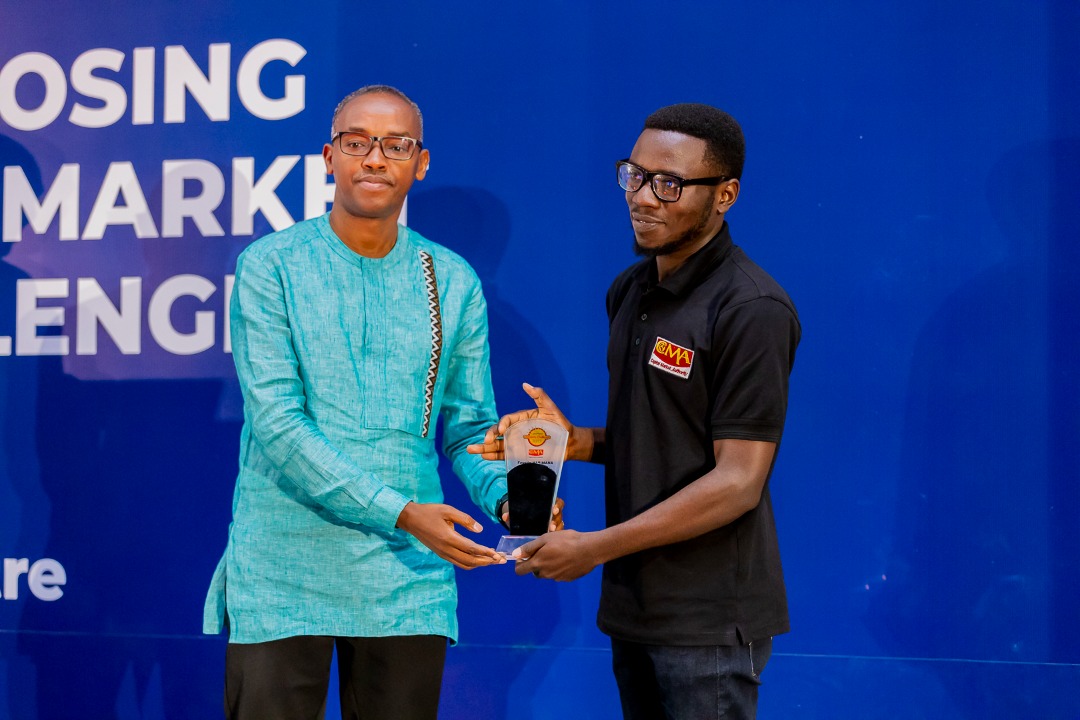 Rwigamba awards Habimana, the winner of the quiz category.

Speaking at the event, Eric Rwigamba, the Vice-chairperson of the CMA Board of Directors commended the participants of the 2022 CMUC, urging them to plan early for their lives because they have the opportunity presented by the country.

“The 9th edition is happening because of the efforts that Capital Market Authority of Rwanda has been making continuously,”

“They make sure that this program runs and continues running across the country to train our young generation to start saving and investing at an early age, by equipping them with the right skills and knowledge,” Rwigamba said.

Rwigamba said that today, young people have different means and opportunities to start earning money early and saving it than it was in the past because the Government of Rwanda has put in place the environment for them to fully explore their abilities and creativity to thrive and prosper.

He commended the universities and higher learning institutions that are part of the programme, which in itself gives the winners a good starting capital through the different awards the winners receive from the provincial to national level. 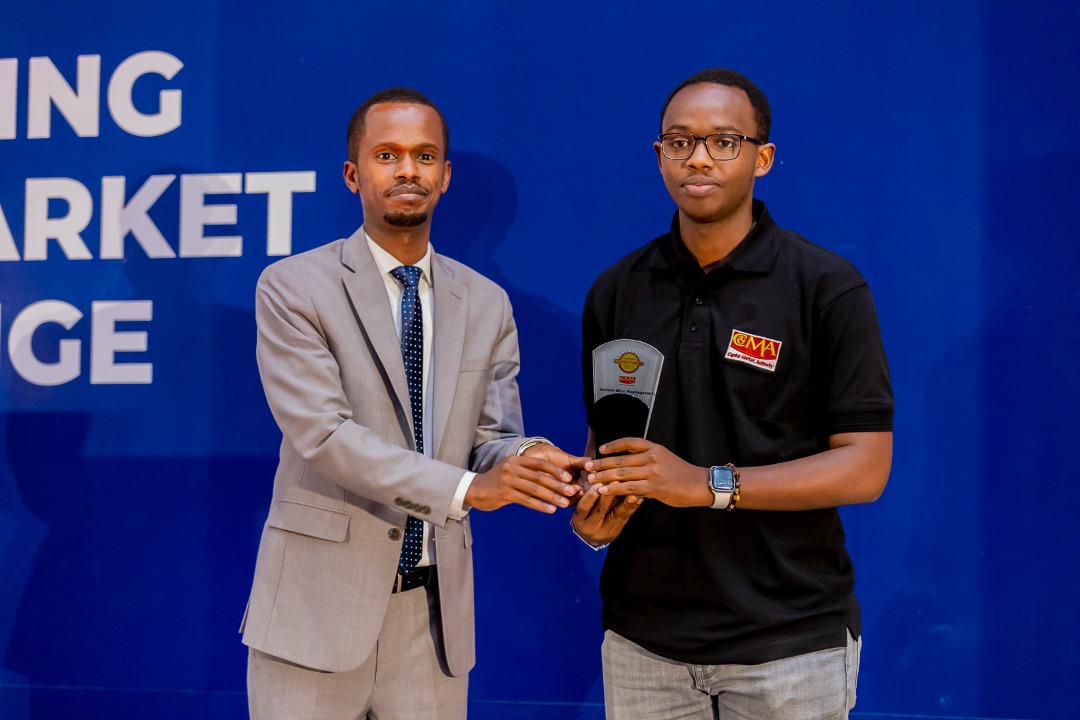 The Ag. Executive Director of CMA awards Nsabagasani, one of the winners.

“I also want to thank the heads of these institutions, the higher learning institutions and universities for creating a window and making this program possible. We want to thank you so much for being part of this journey,”

“We must be lucky that this is happening because we have a very visionary leadership of our country,” Rwigamba said, commending all the institutions involved, including the Ministry of Finance, the Central Bank, the RSE and other stakeholders.

“These institutions are working very hard to create an environment that allows the growth, the deepening, widening and broadening of the financial sector,” he said, adding that the Government is committed to driving the savings culture as one of the enablers of socio-economic development.

“The Government is saying we need to grow socially and economically if we are to become a developed country and for that to happen, we need a certain level investment,”

“The target we have today is achieving a 30 percent GDP in savings and for that to happen we need to save and invest more in our economy, in our market, to create more jobs and grow the tax base,” Rwigamba said. 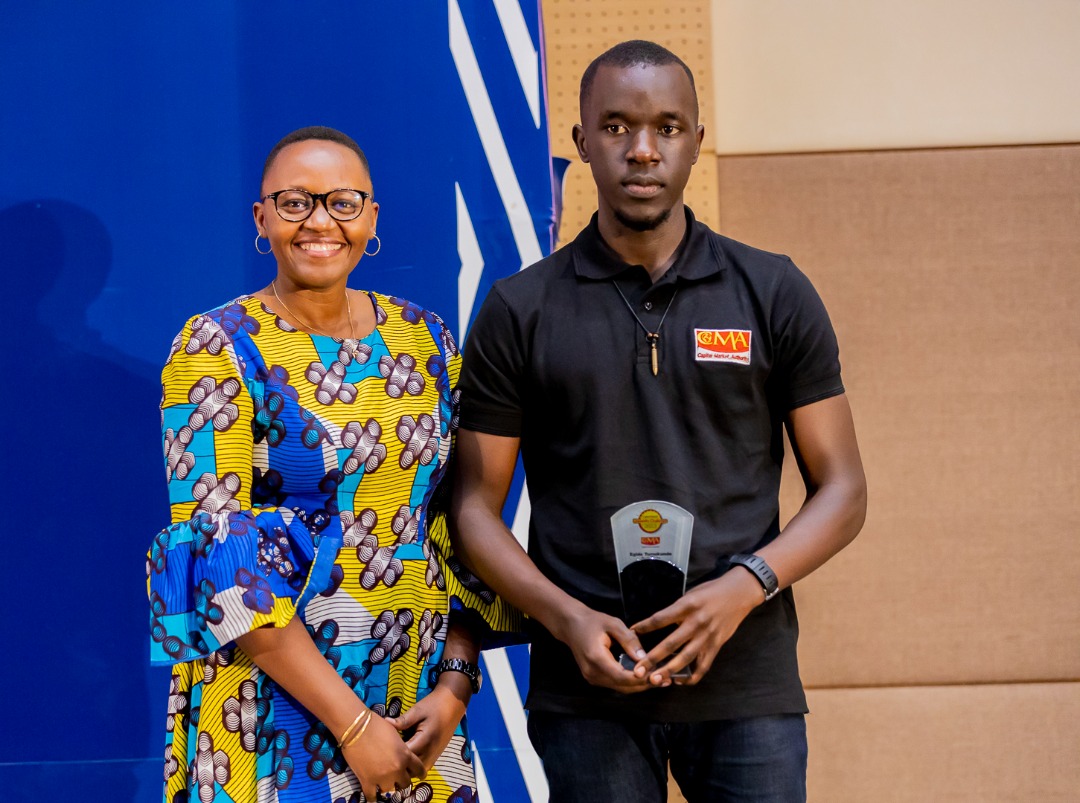 Speaker of the day Lucy Mbabazi, awarded one of the winners. She called on young people to prioritize saving and investing at an early age.

He pointed out that as of today, the target is to have 20 percent of GDP as savings by 2022 in order for the country to be able to achieve the desired level of development, using the opportunity to call on the youth to play their role.

The Acting Executive Director of CMAC, Eric Bundugu said that this year’s challenge happened physically for the first time after a very difficult period of the Covid-19 pandemic, thanking all students who participated since the opening of applications in March.

According to Migisha Magnifique, the coordinator of the CMUC and Public Relations Officer at CMA, this year registered a huge turn up online and other physical events, proving that young people are picking more interest in the capital market.

Many young people today are interested in understanding the capital market industry, from shares, bonds and other products offered at the stock market, with the view of acquiring them for personal development and growth.

“Today, we have students starting microfinance initiatives, savings groups and businesses, thanks to the knowledge they acquire from the competition. This means that the CMUC is bearing fruit,” Migisha said. 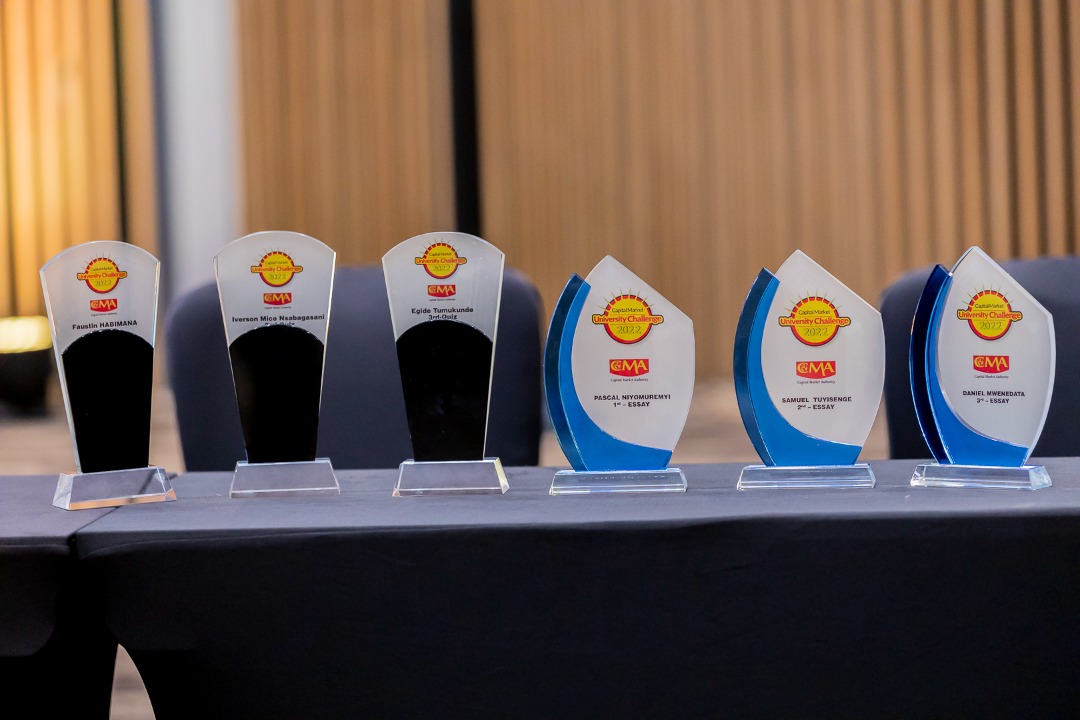 At the final, students were addressed by Lucy Nshuti Mbabazi, Head of Africa Advocacy and Partnerships of The Better Than Cash Alliance, a UN-hosted partnership of governments, companies, and international organisations that accelerates the transition from cash to digital payments in order to reduce poverty and drive inclusive growth.

Mbabazi talked to the young generation about the importance of saving, starting early on and how saving their earnings, however little they can be, and investing in profitable ventures, has more benefits than squandering it on drinking and partying. 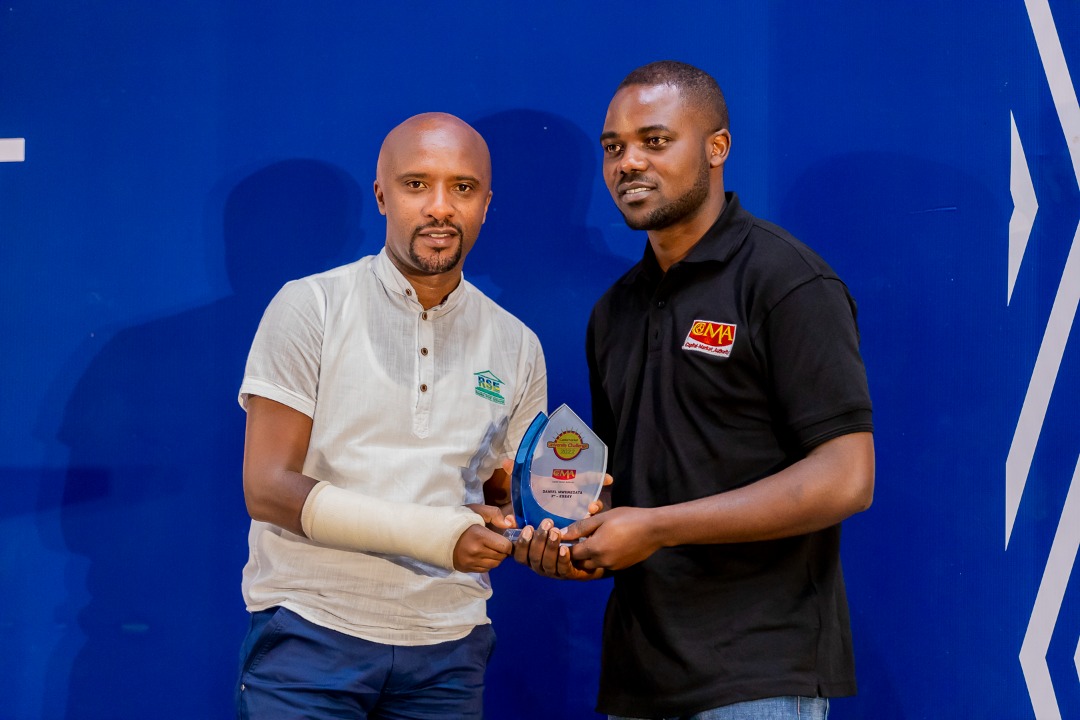 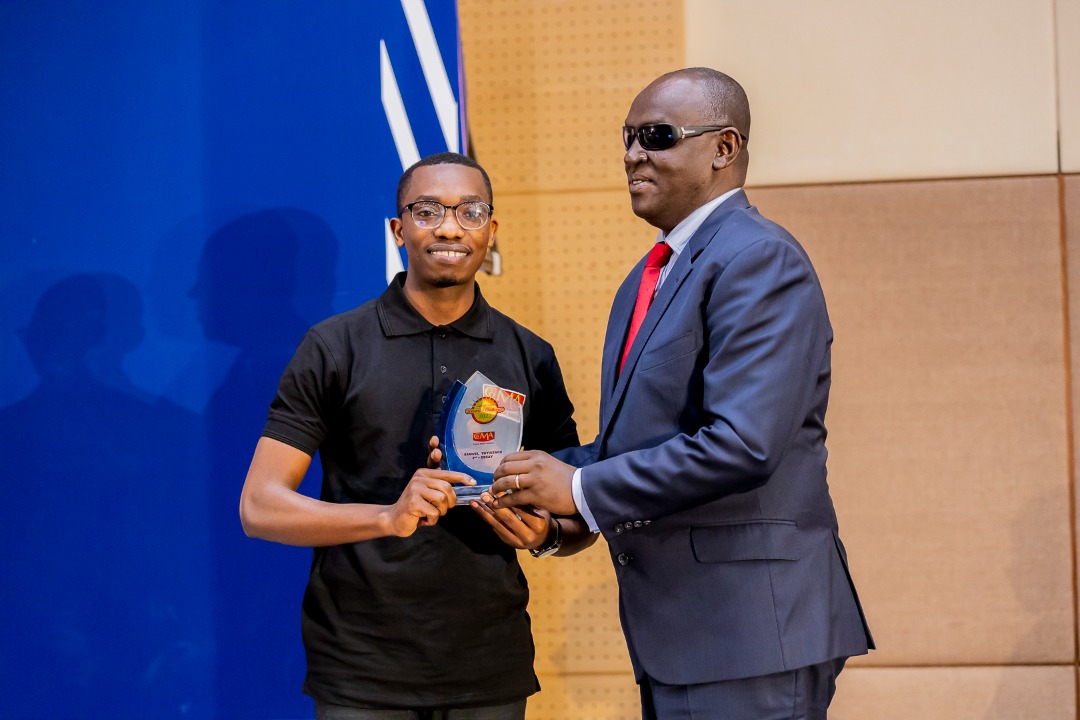 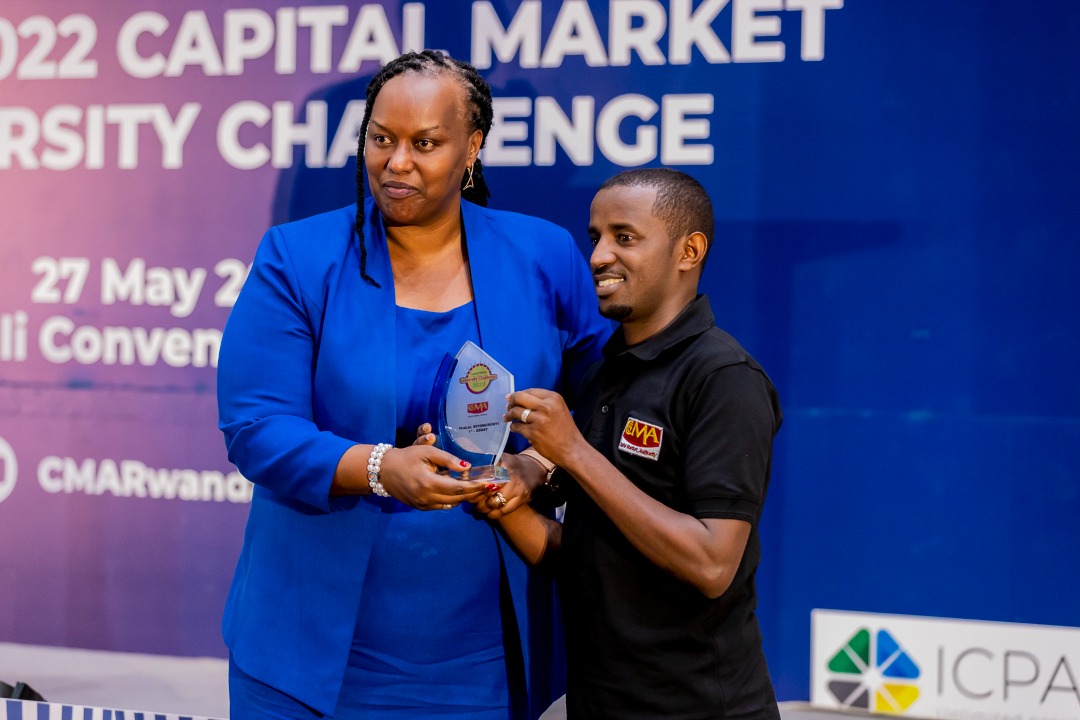 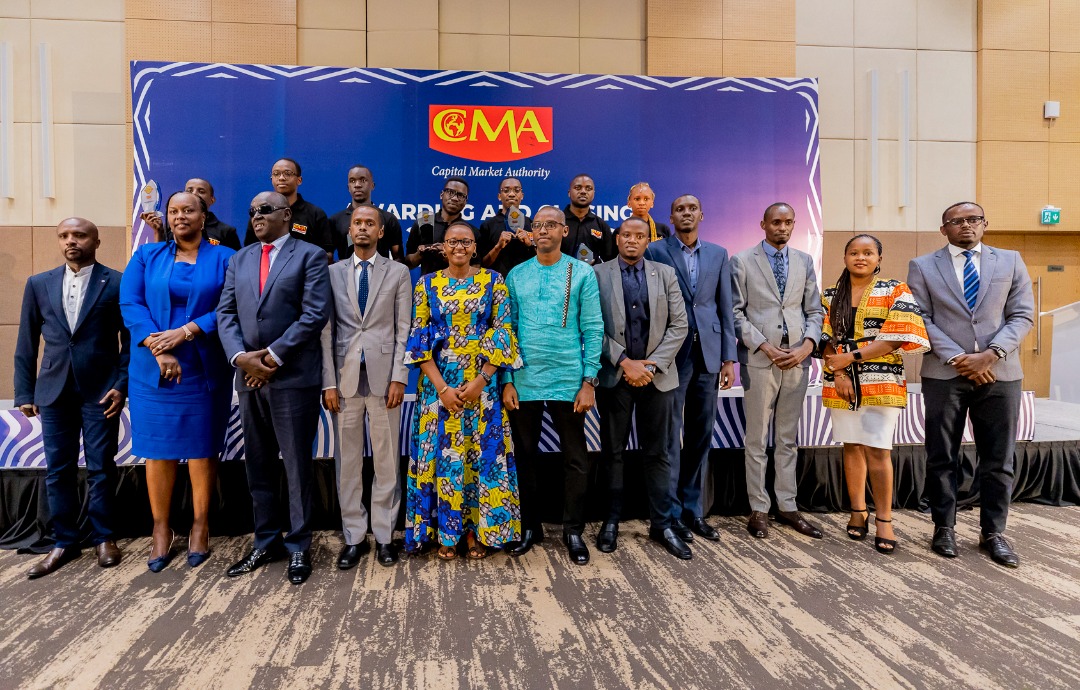 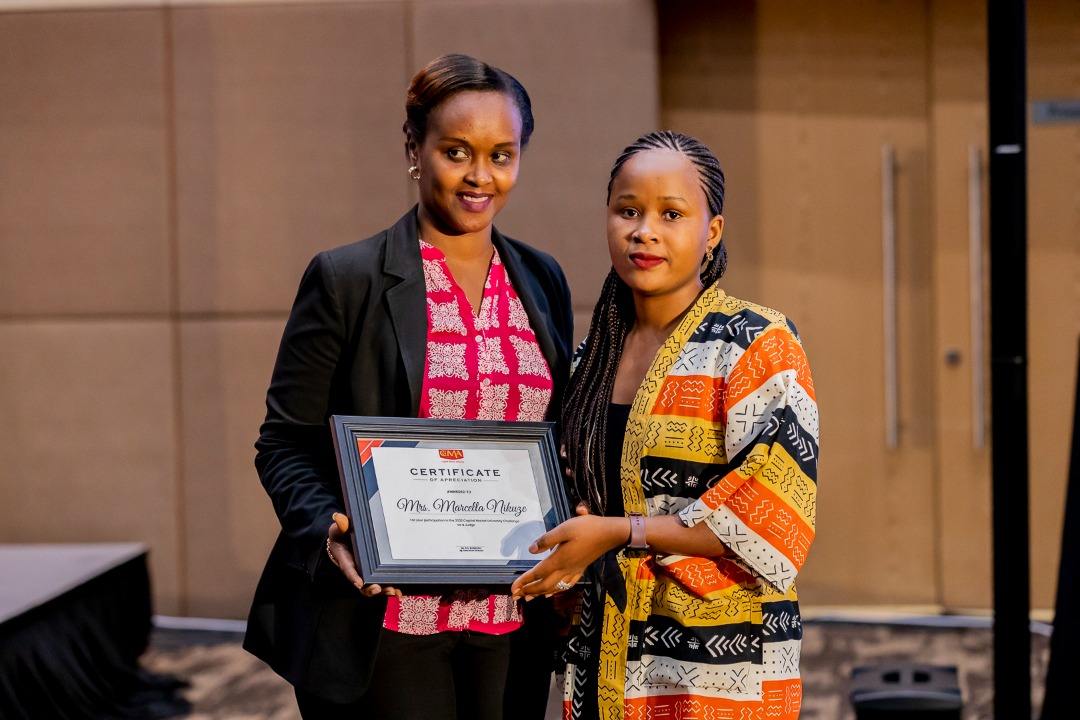 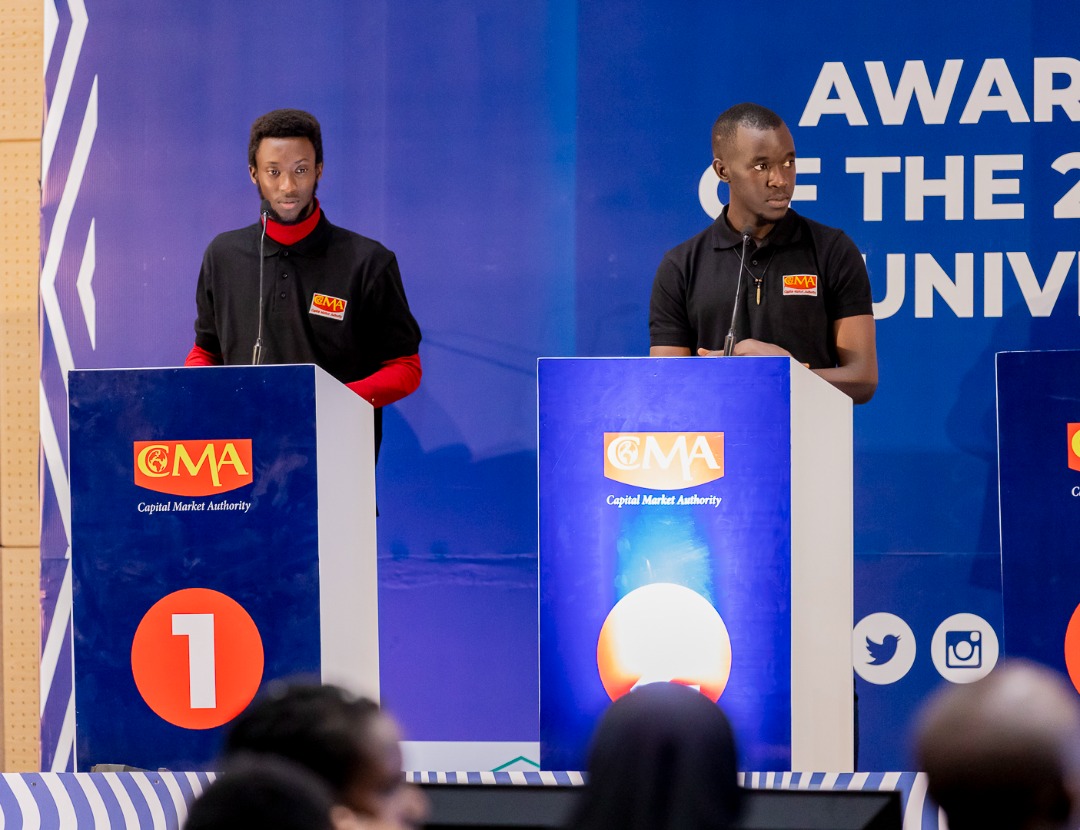 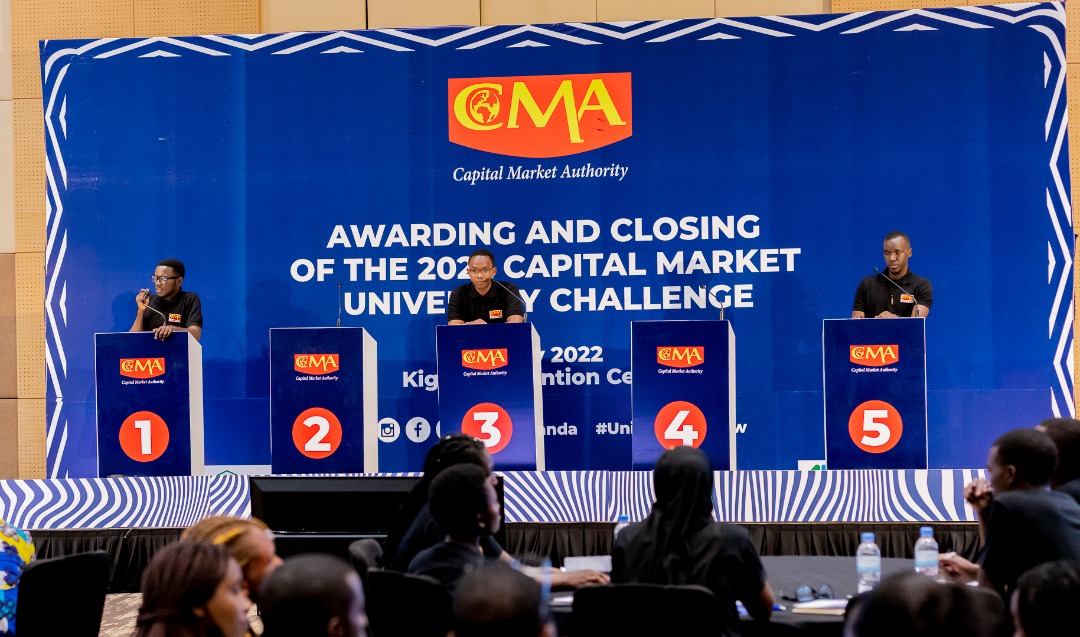 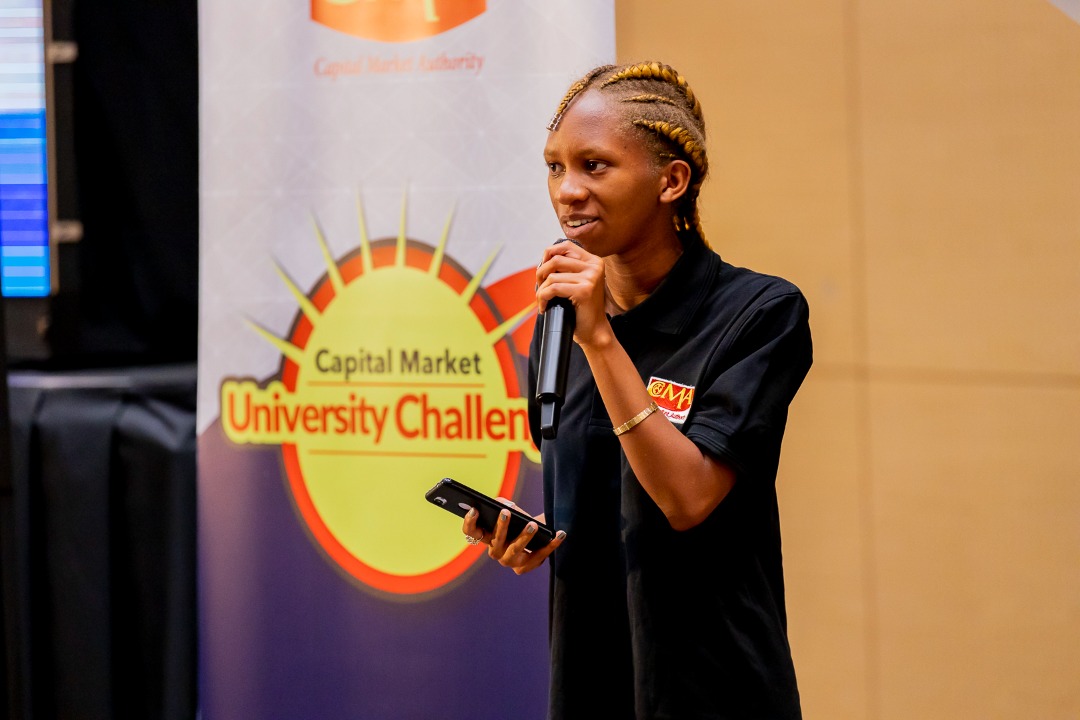 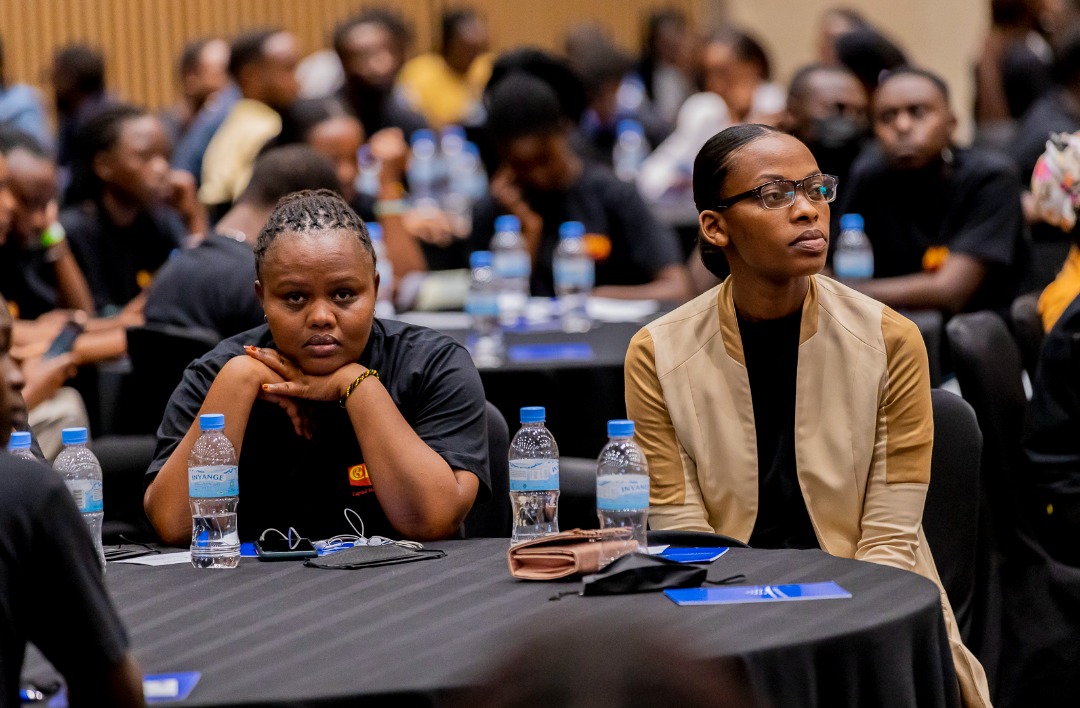 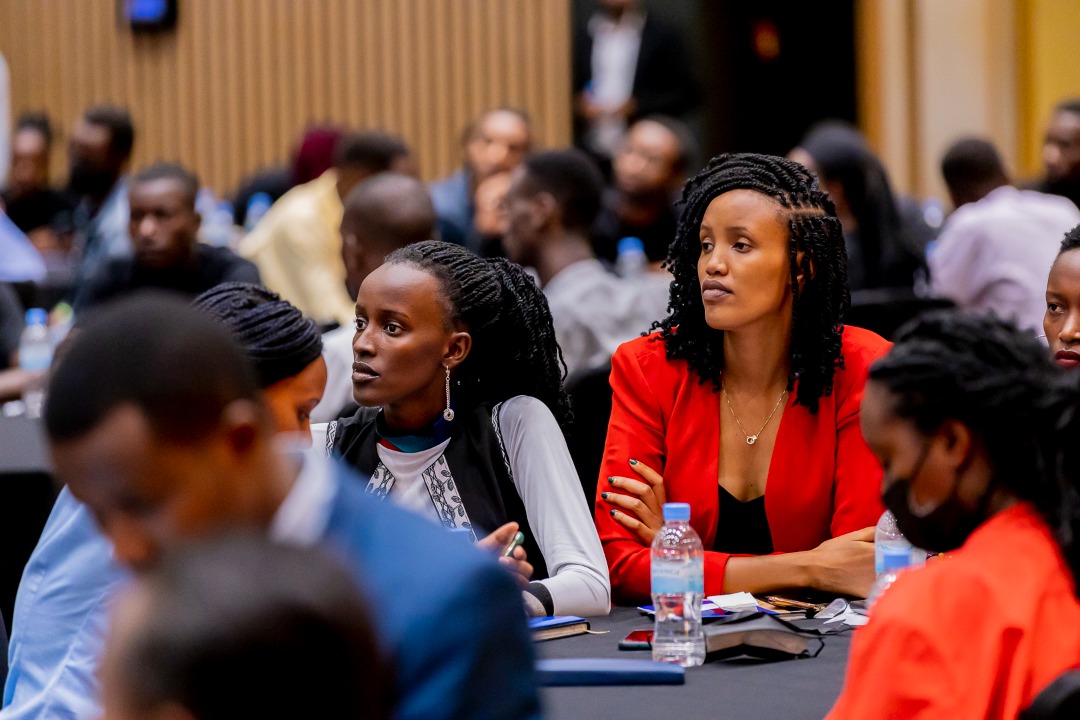 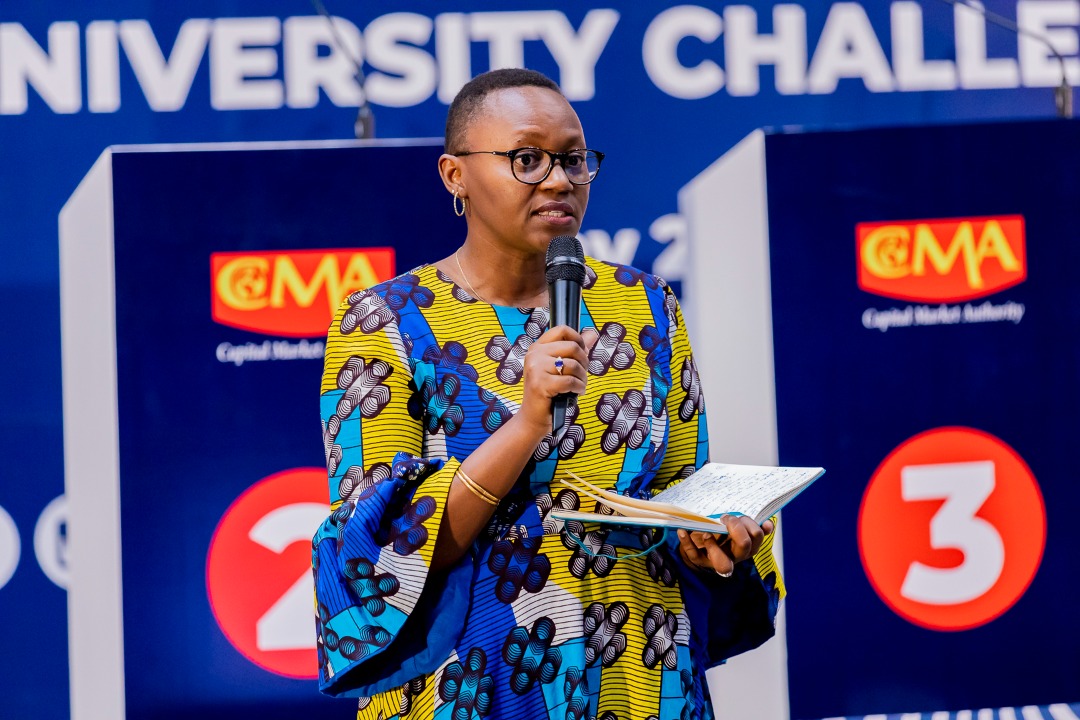 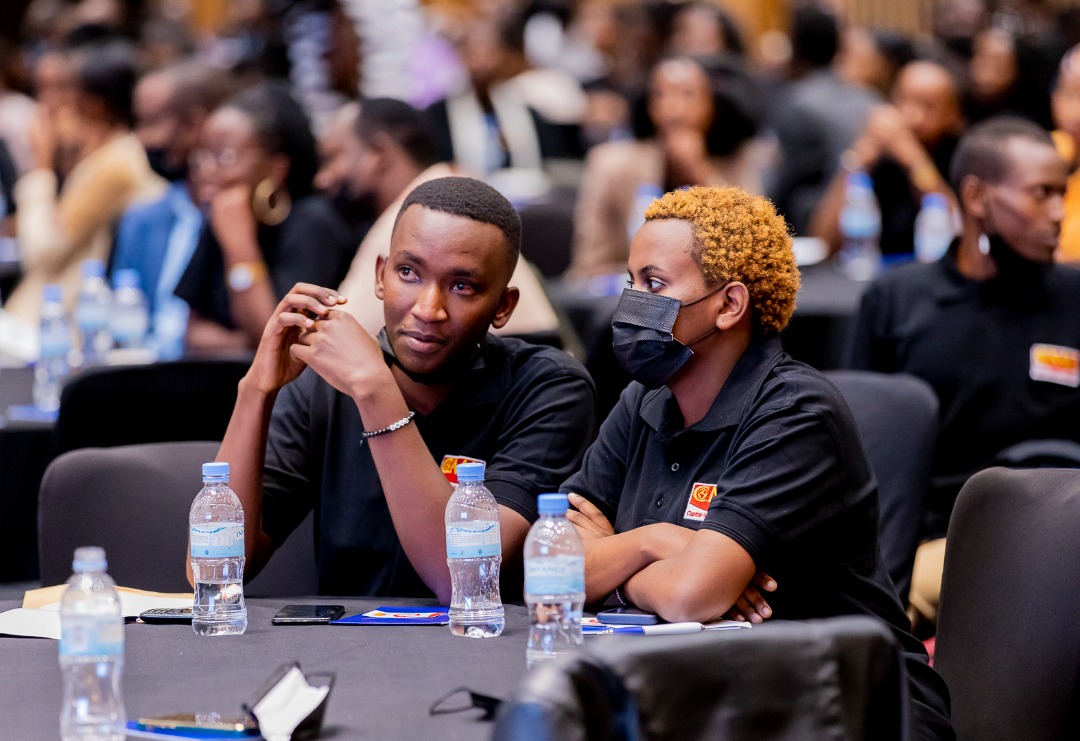 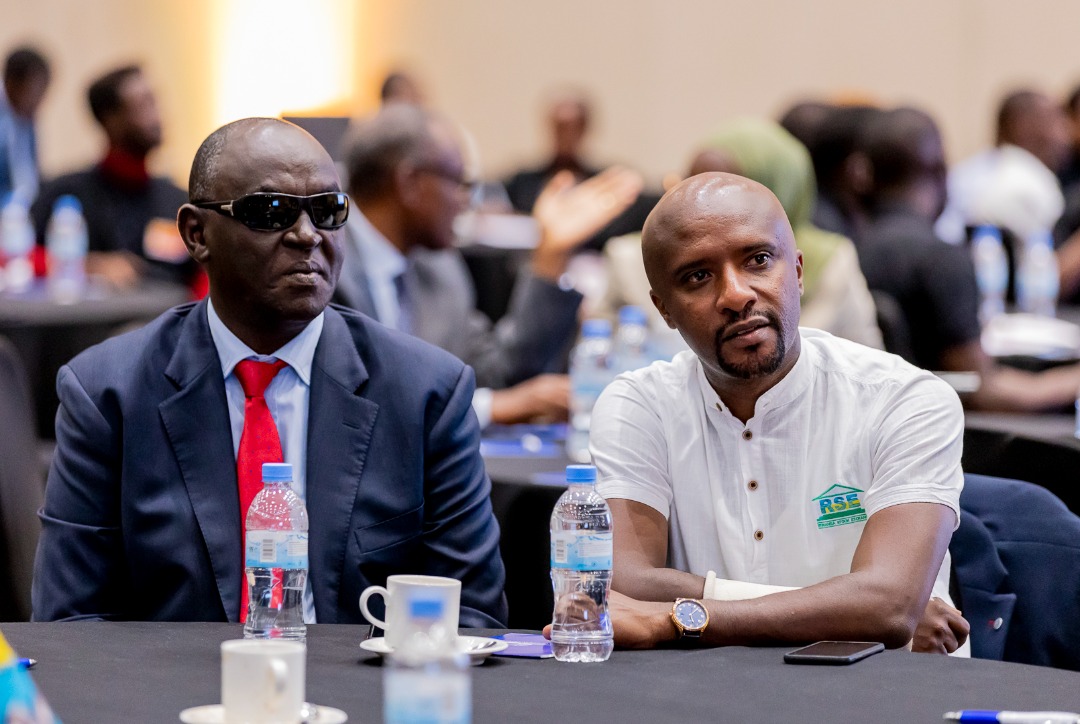 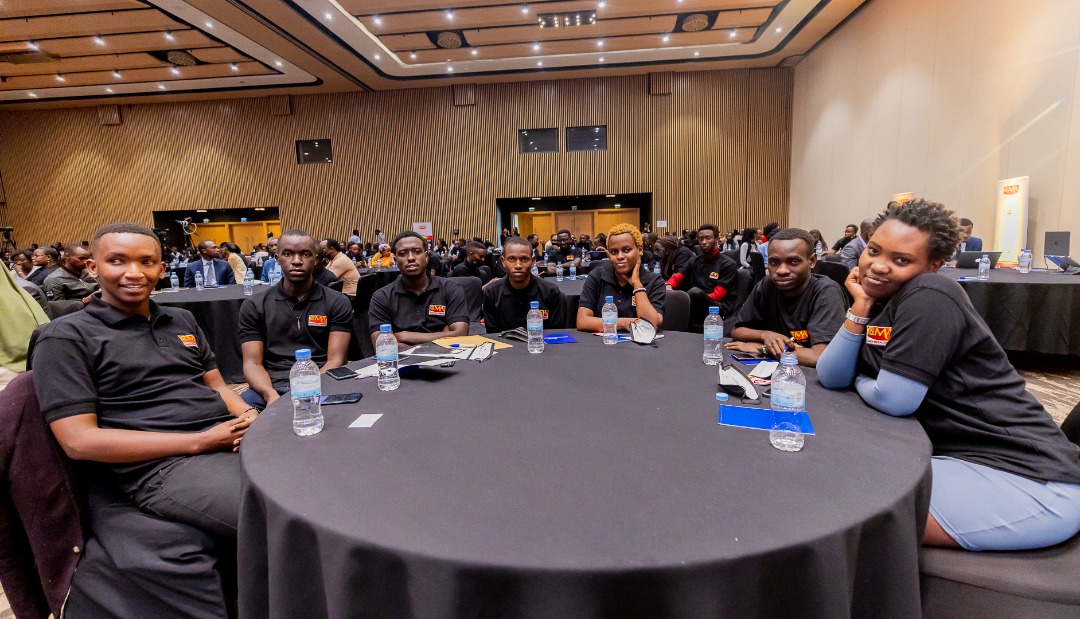 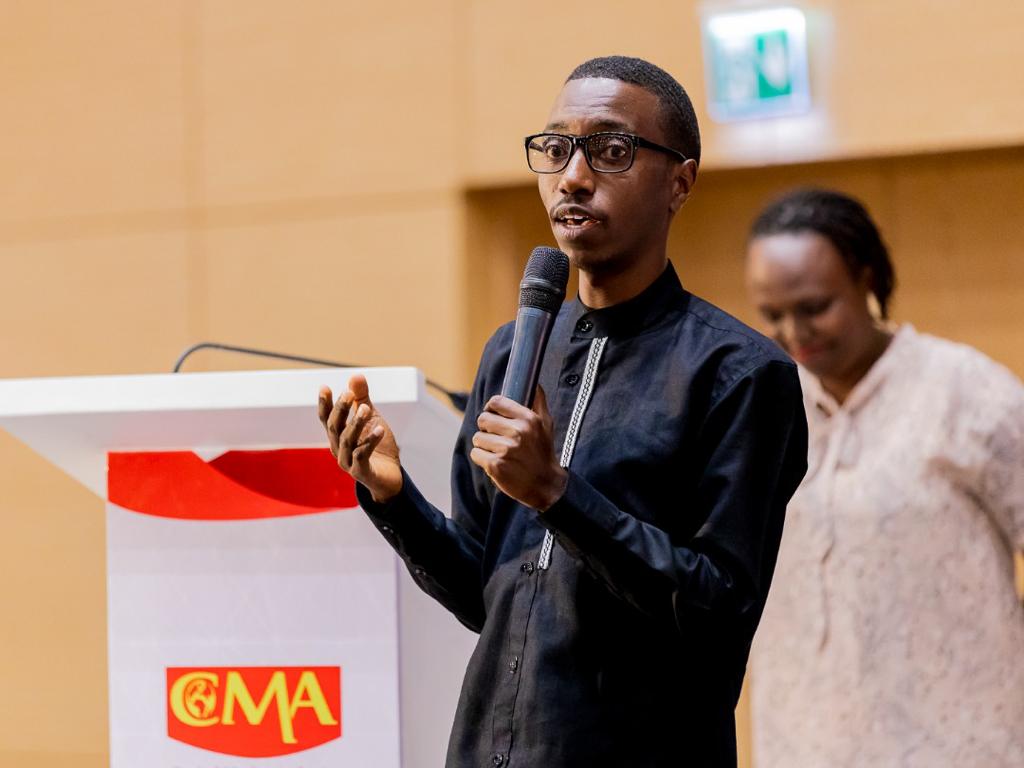 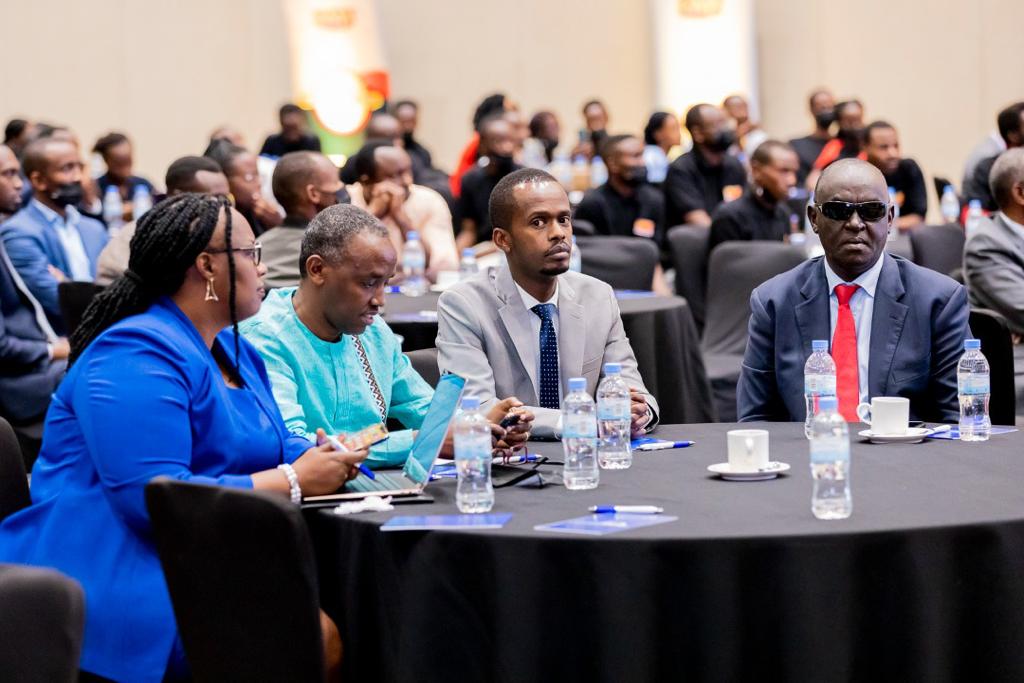