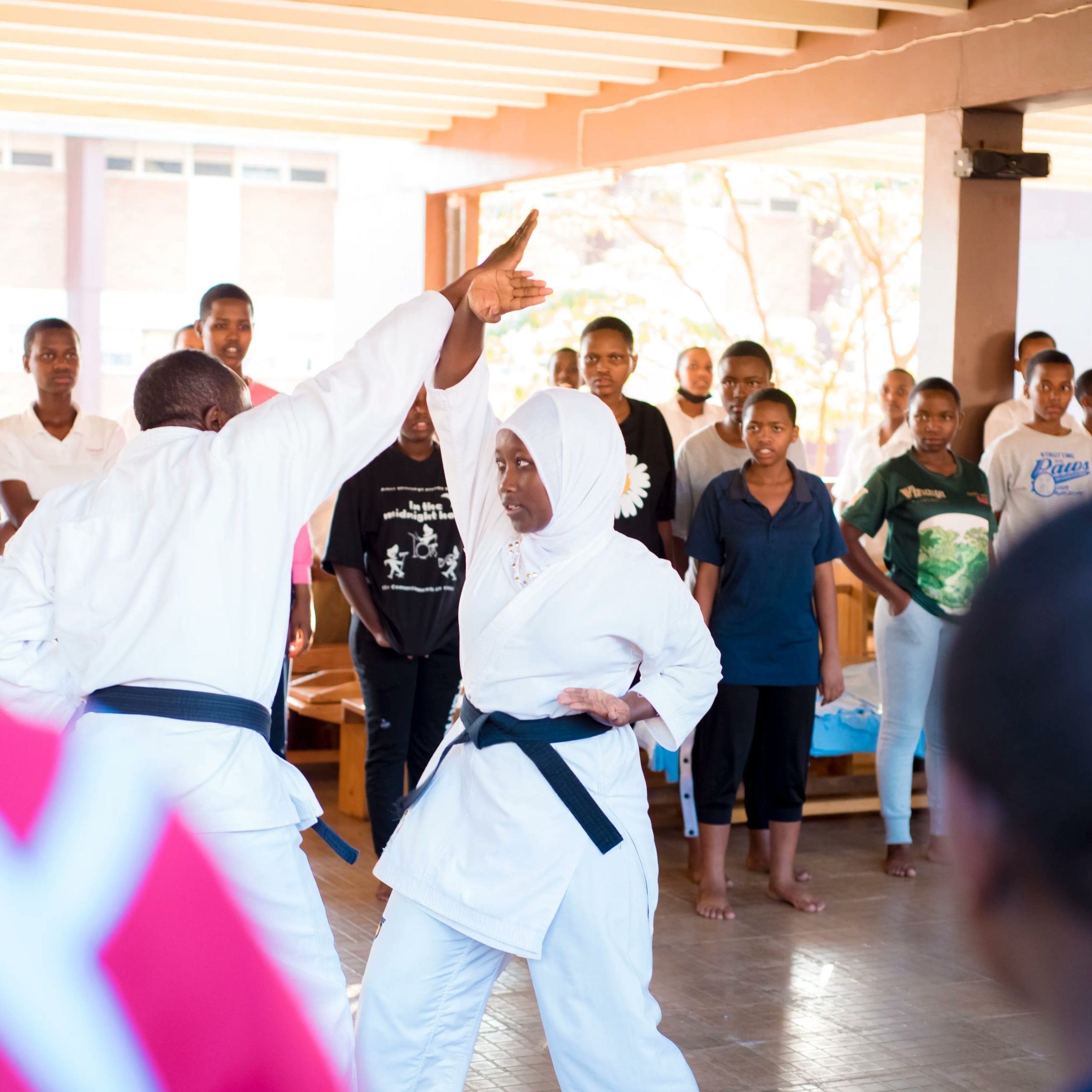 Rwanda Karate Federation (Ferwaka) in collaboration with the Ministry of Sports has announced plans to  promote open martial arts training in schools with the objective of increasing the number of female participation.
The announcement was made on July 14, 2022, during the closure of the first school’s open martial arts cohort training program under the national project dubbed “Martial Arts Open School in Rwanda”
The project is implemented in collaboration with the International Centre of Martial Arts for Youth Development and Engagement under the auspices of the United Nations Educational, Scientific, and Cultural Organization (UNESCO) with the intent of instilling Olympic values (excellence, respect, and friendship) among Rwandan students. 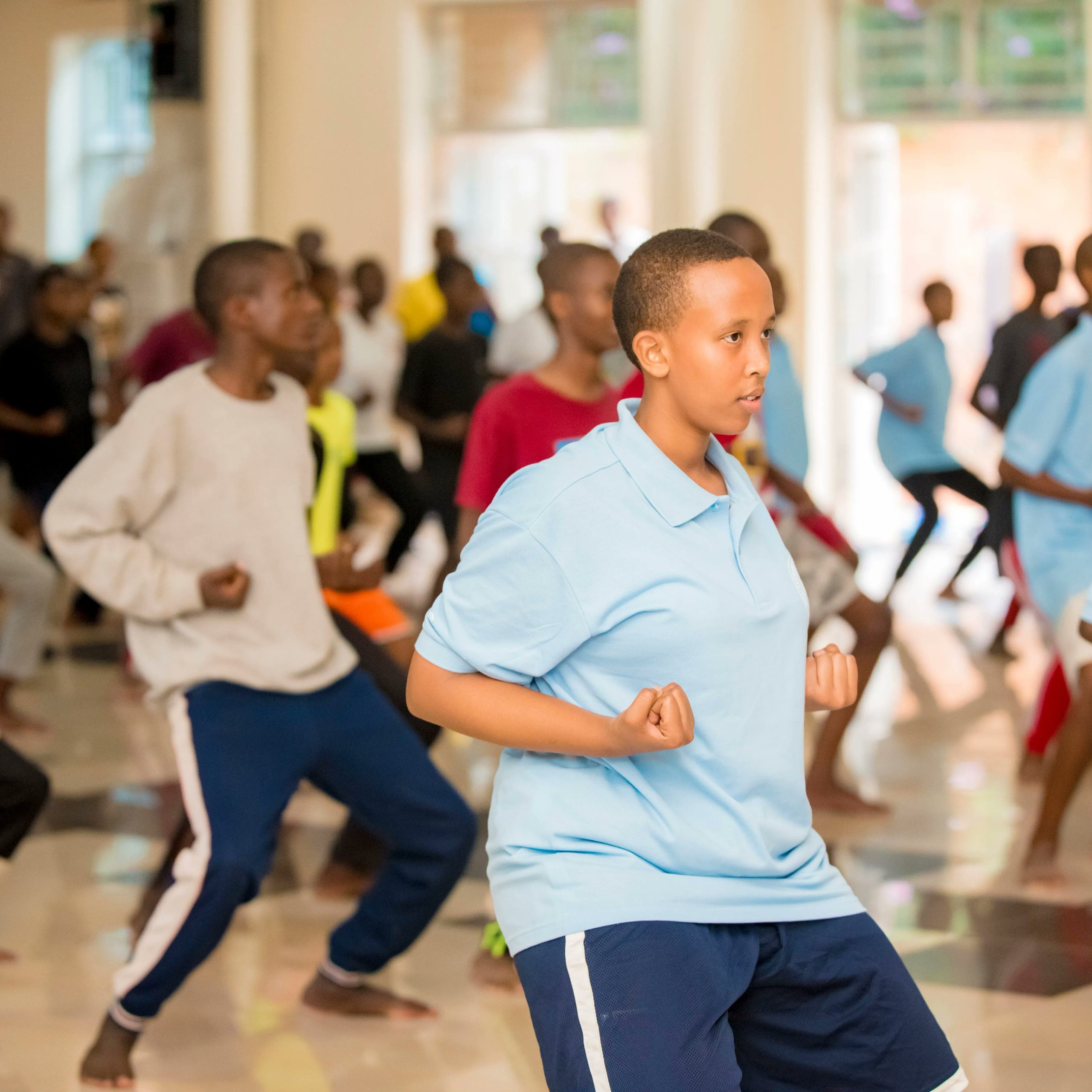 The inaugural Martial Arts Open School project activities kicked off with two secondary schools based in Kigali- Lycée Notre-Dame de Cîteaux and Collège Saint-André- who underwent a 5-week intensive training in the inaugural cohort which started June 11 and ended July 14, 2022.
On the offset, the project managed to attract altogether 442 students with 305 of them being girls. However, for various reasons, only 350 students, including 174 girls, completed the training with a promotion to yellow, orange and green belts accordingly.
Elvis Bugingo, the Secretary General of the Rwanda Karate Federation said : “We intend to continue with similar training in other schools. This is because we see that the Karate sport is evidently developing. For instance, we managed to get medals from each of the three competitors we sent to the recent Zone 5 competitions in Kenya,” Bugingo said in a press briefing on July 14, 2022.
The all-men National Karate Team dominated the competition winning 3 gold medals and 1 silver medal at the UFAK Eastern Region Karate Championship 2022 held in Nairobi – Kenya from May 16-21.
The Karate sports training program comes at a time when several parliament reports have recommended a cross-cutting ministerial approach to initiate and integrate sports, games, and physical exercises into the school’s curriculums and activities.
Florent Habyarimana, in charge of Sports Federations talent detection and development, said that the number of women in sports is still low and needs to be boosted as persons who can.
“For us to attain this, we will first focus on improving skills of trainer (coaches/ instructors) for them to train increase the numbers of students who have Olympic and sporting values,” Habyarimana said.
Habyarimana said that the ministry will also work with federations to identify excellent students for instance in Martial Arts Open School, who can be further trained to train others in order to increase youth engagement in sports countrywide.
Karate students like Akamanzi Raziella Michelle said she joined the training because the sport helps to build the power of the mind and action, while another Ngabonziza Makombe Arsene said that sport helps him to relax and manage his mental health.
Contact the Author:
@OgSabiiti