CIMEGOLF Tournament 2022 Last Edition To Kick Off On December 3 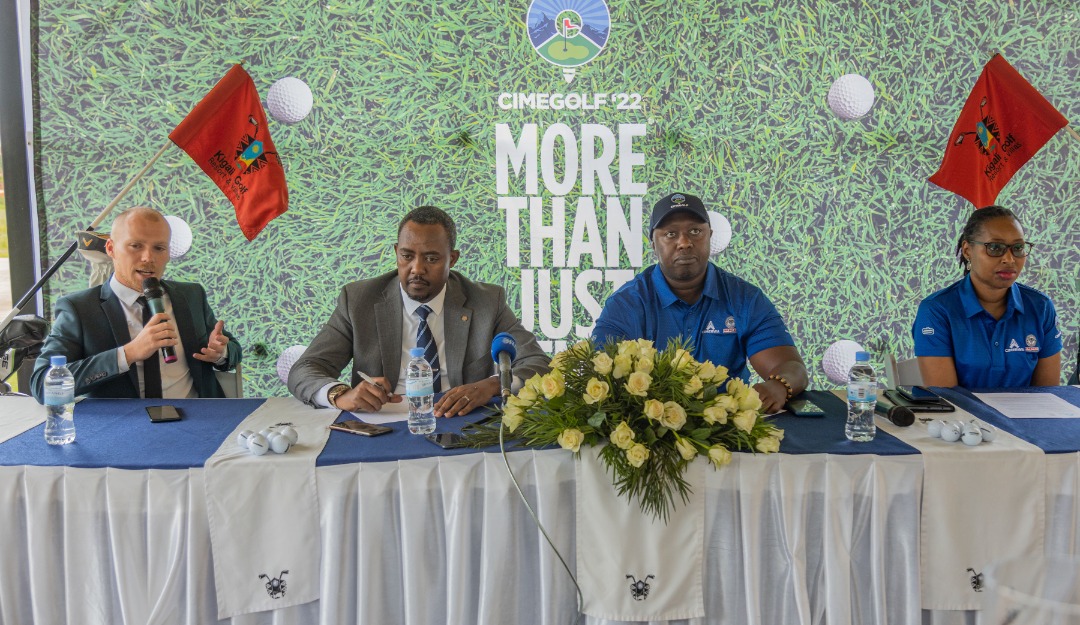 The last edition of CIMEGOLF was announced on Tuesday.

Golf players and enthusiasts in Kigali are set to tee-off for this year’s edition of CIMEGOLF on Saturday, 3rd December.

The tournament is set to attract over 250 players to Kigali’s sprawling 18-hole golf course for a shot at the different prizes that will be awarded to outstanding players.

Over the past five years, CIMEGOLF has grown to become the biggest golfing event in Rwanda and a favorite for many golfers. The tournament has provided players both new and seasoned with a great platform to hone their skills.

Speaking during the press conference held at Kigali Golf Resorts & Villas, CIMERWA Head Sales and Marketing Mark Mugarura said “Our goal is to grow CIMEGOLF and make it a significant part of the golfing calendar in the region. Rwanda is shaping up to be the next hub for sports tourism in the region and we are proud to be contributing towards this vision and Strengthening Rwanda at large.” 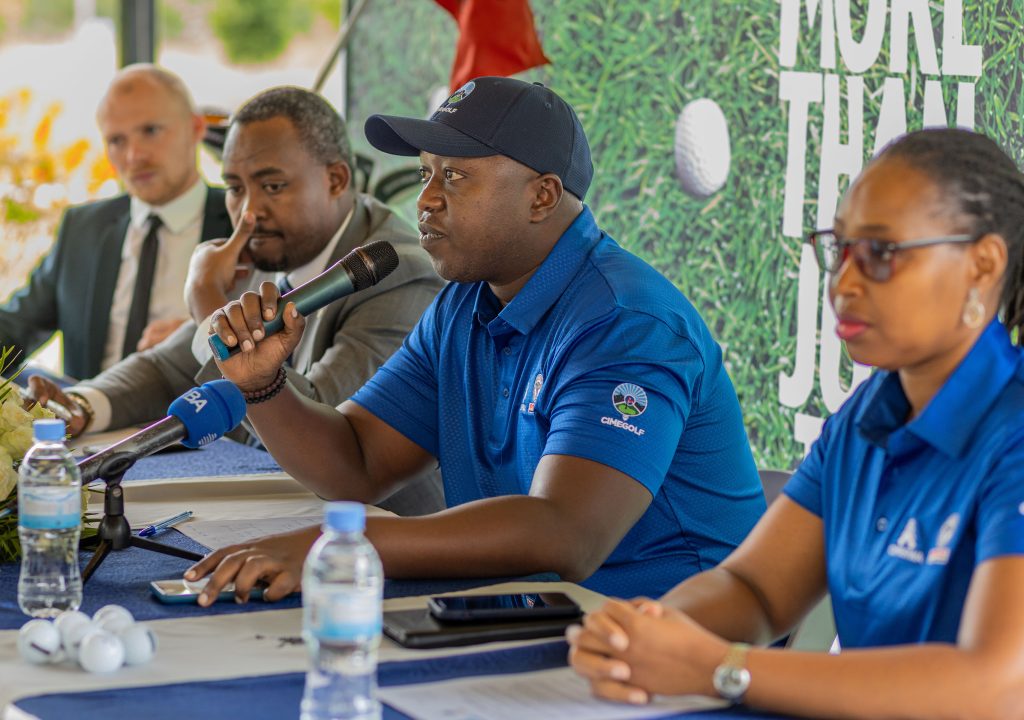 Mark Mugarura said this year’s tournament is expected to be offer a thrilling experience to golf lovers.

This year’s edition of the CIMEGOLF tournament is composed of four legs, the first three were played in September, October & November with winners being crowned at the end of each leg and golfers accumulating points to qualify for this coming finale.

This new game format has made the tournament more competitive and challenging but also more interesting for golfers.

This edition promises a ‘more than just the game’ experience as it will be a great opportunity to network off course with CIMERWA customers and stakeholders who will be in attendance.

Golfers teeing off on Saturday will be vying for the number one spot and outstanding golfers in every handicap category will be awarded alongside CIMERWA’s best performing customers during the gala dinner that will be held on the course later in the evening.

“We wanted to make this fifth edition bigger and better, in the gala ceremony we will be awarding outstanding golfers and CIMERWA’s best performing customers as well. Merging both events will provide the perfect networking opportunity for two sets of stakeholders who are very important to us as a business,” Mugarura added.

The captain of Kigali Golf Club, Andrew Kulayige, said that it is a good moment to publicize the advantages of the Golf Course which has not only preserved the surrounding environment but also became an additional tourist attraction. 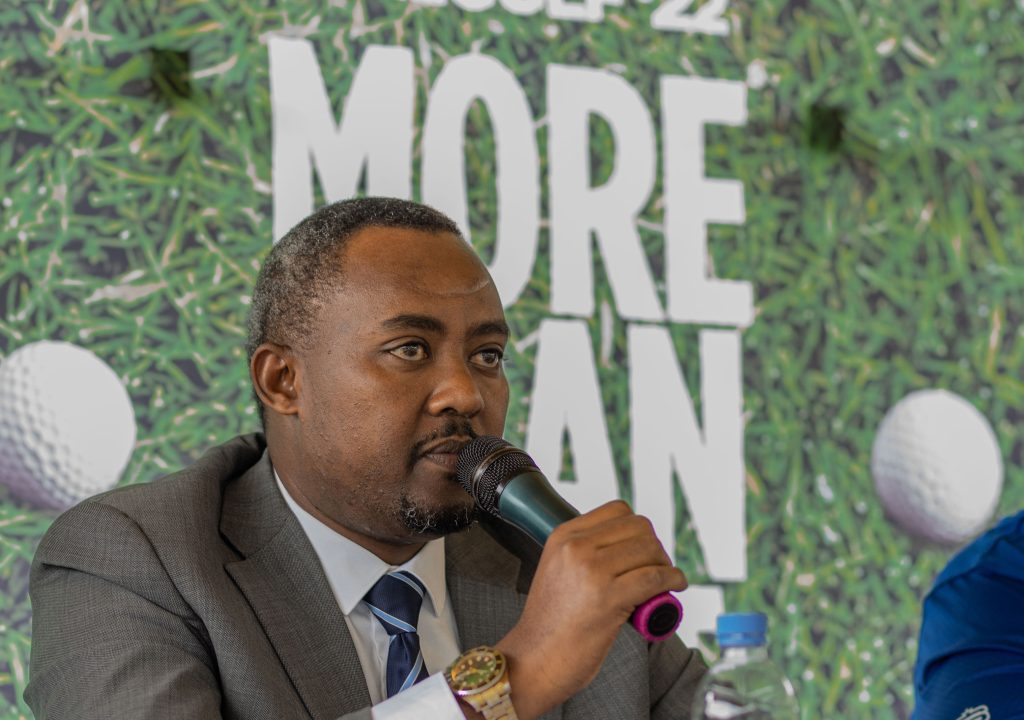 Andrew Kulayige said golf can be a good tourist attraction.

He said, “Over the years we have been using only one part of this field. But it has been renovated to attract tourists. This tournament is one of the biggest golf tournaments we have in the country.”

“It is a good opportunity to invite tourists to come and play in this tournament and feel the experience. At the moment we are talking to different partners who are looking to come over here and bring their events here. We want to take this game beyond our borders to the entire African continent and the world,”

Jack Bryan, General Manager, Kigali Golf Resort and Villas, said that working with CIMERWA over the years came with many benefits for the game in terms of growth and popularity.

“This tournament has raised the level of golf in Rwanda and it does not stop there. It also touches the lives of the caddies who help us everyday to carry the kits and make a living out of it. This is a sport with impact,” Bryan said.

The Golf Club course, currently managed by Rwanda Ultimate Golf, was originally nine holes until 2019 when it was upgraded to 18 holes, officially opening in August 2021. 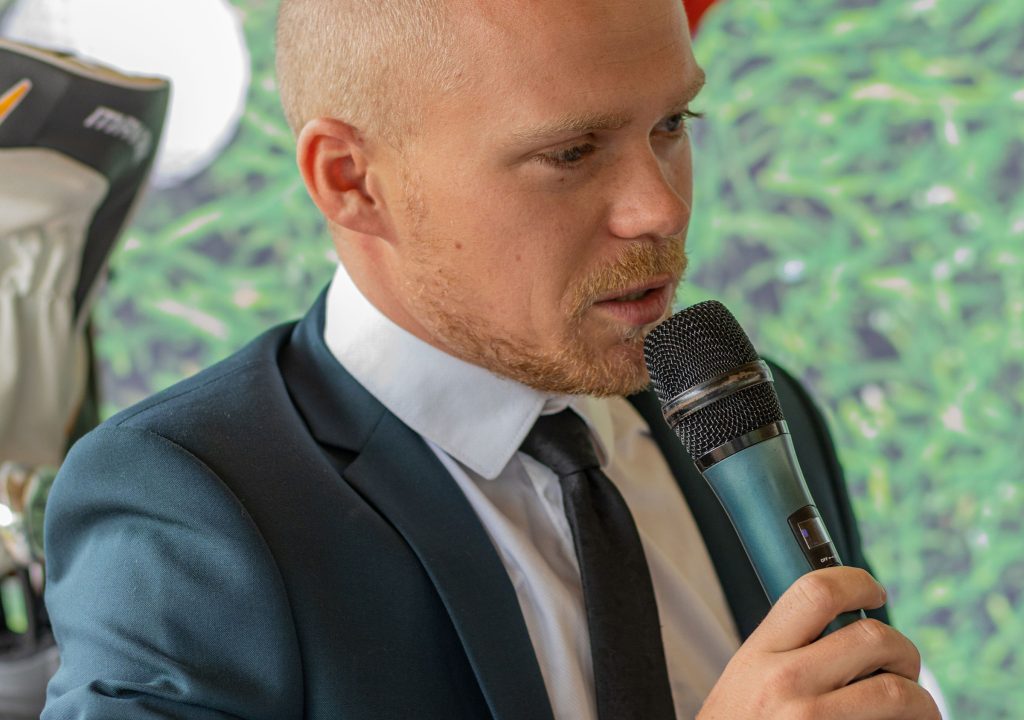 Established in 1984, CIMERWA Plc has over three decades worth of experience as Rwanda’s first and only integrated cement manufacturer. The firm’s production plant is located in Bugarama, Rusizi District near the Southwestern border of Rwanda.

CIMERWA Plc is the only cement company in Rwanda to mine raw materials, produce the clinker concentrate, pack and sell cement for general and civil construction.

CIMERWA Plc is committed to building strong partnerships with leaders and members of the local community. In the process, the firm has helped set up several initiatives geared at improving the livelihoods of the people. These include a nursery and primary school, medical clinic, a market, a tailoring workshop, and providing them with clean, piped water among many others. 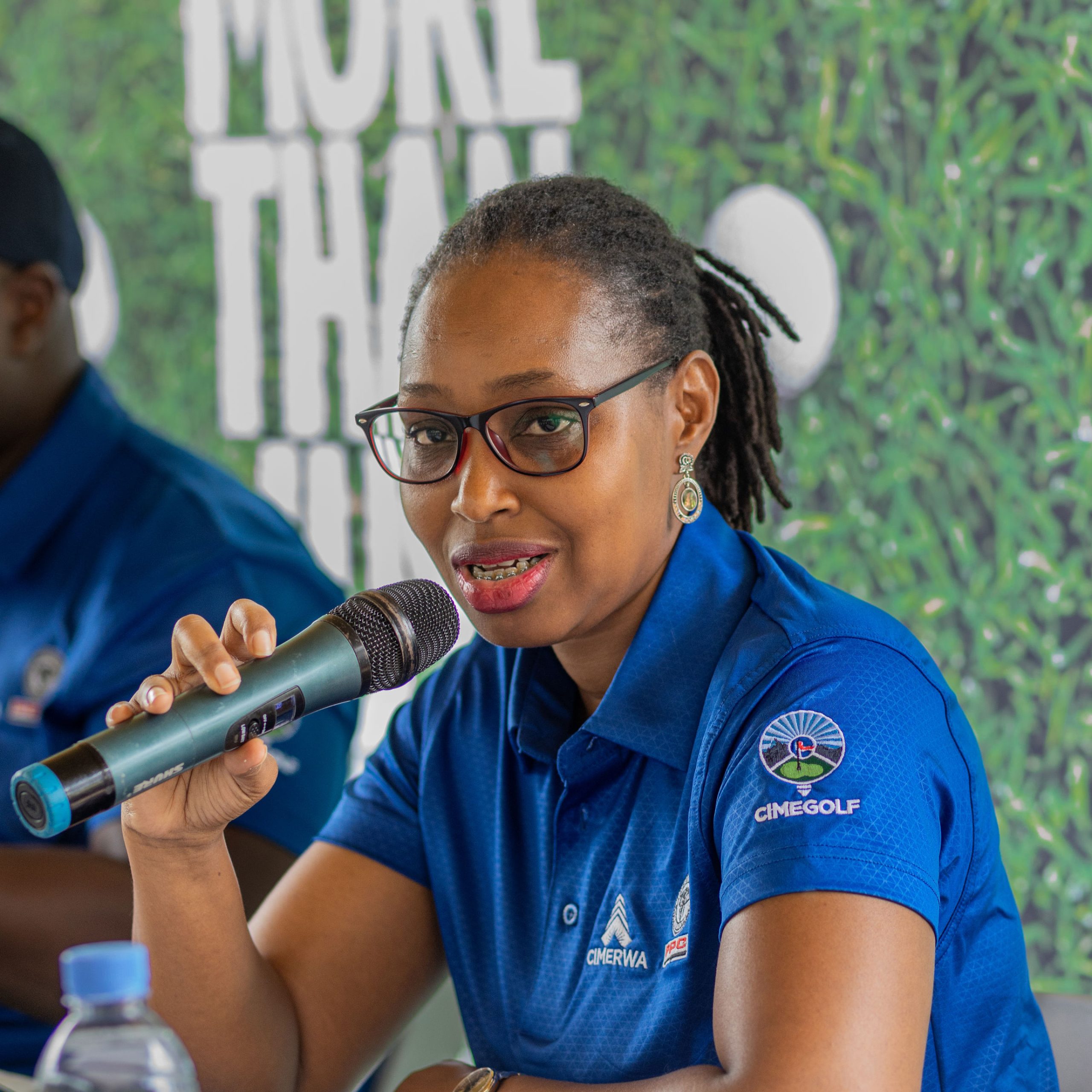 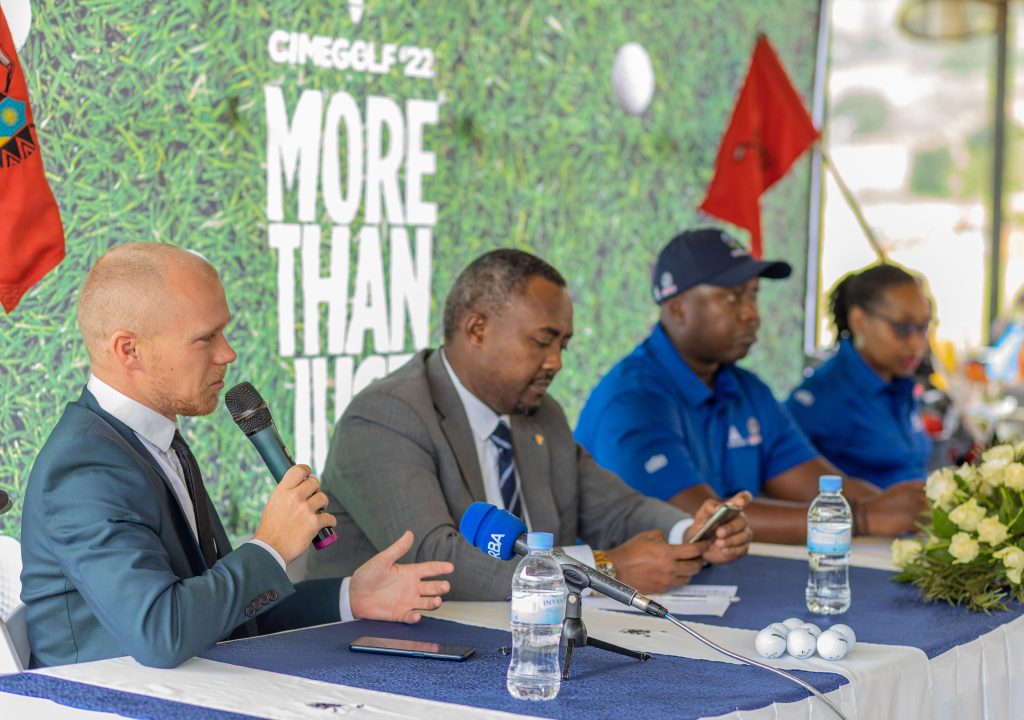 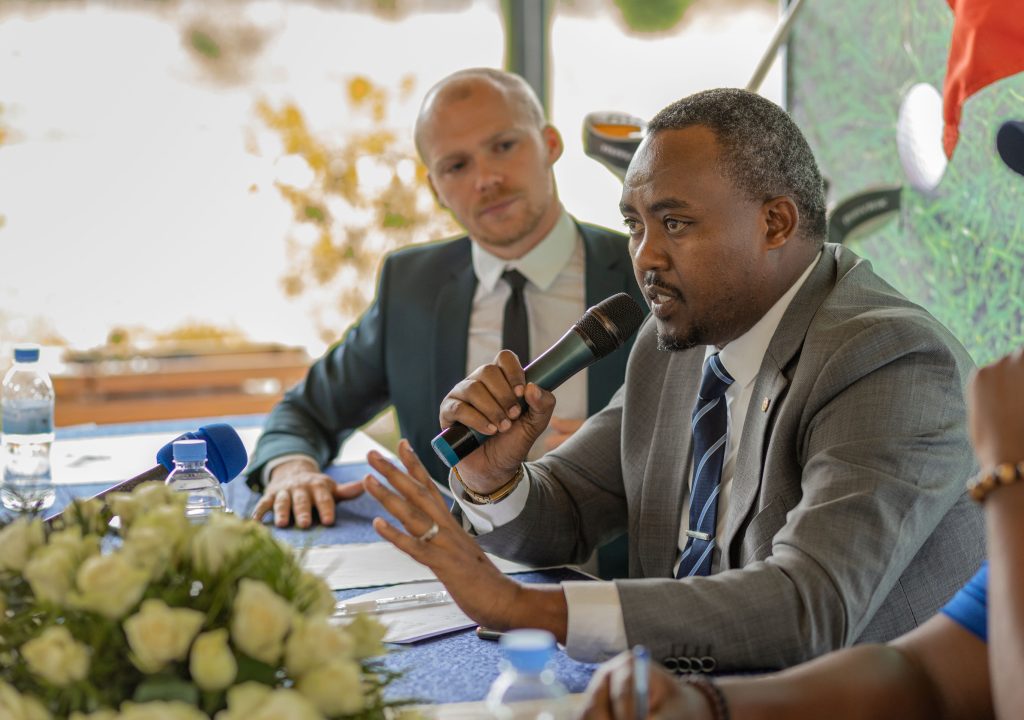 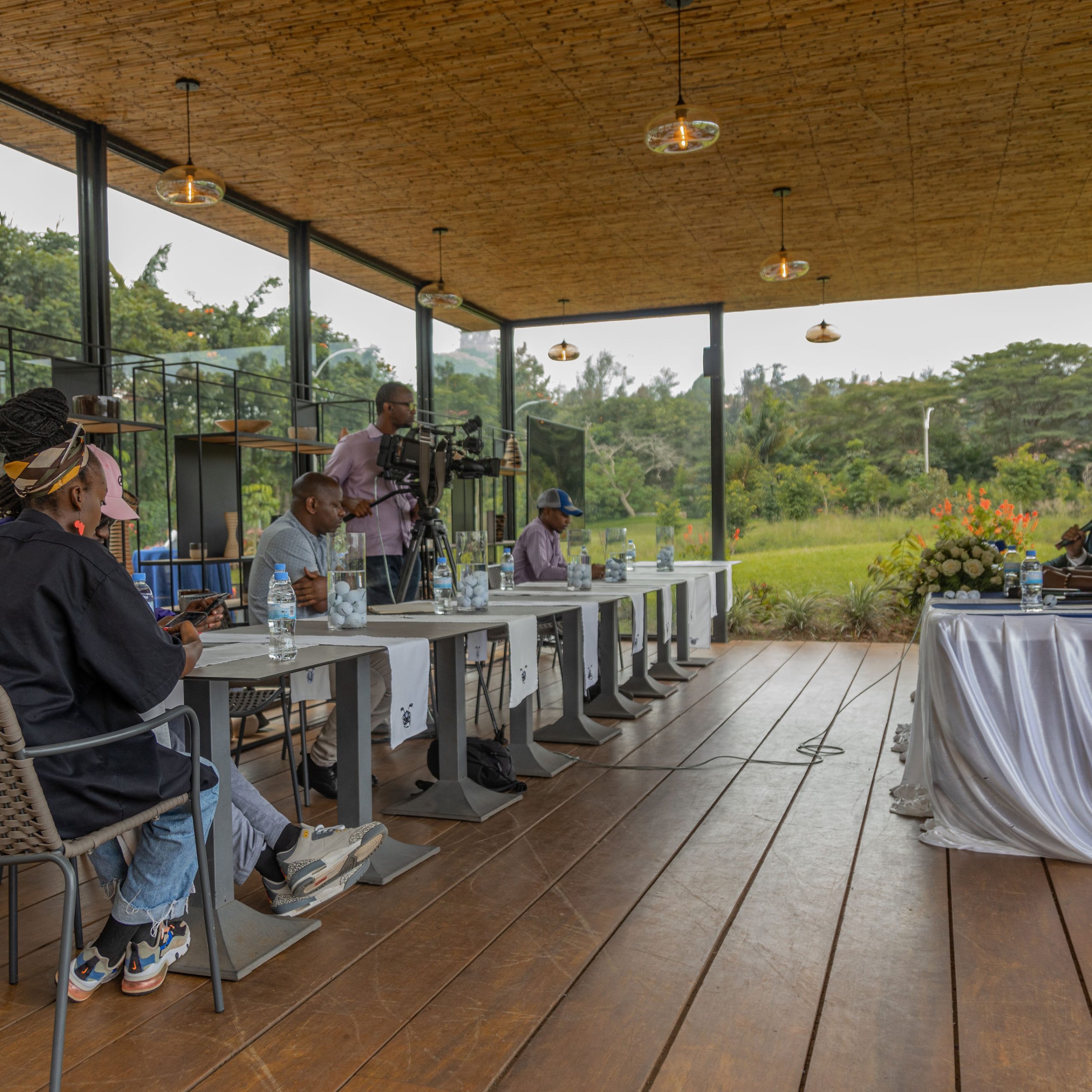