Rwanda’s drone port project has attracted the World Bank President Dr. Jim Yong Kim who visited the facility today and launched one of the drones to deliver medical supplies.

Dr. Jim arrived in the country for a two-day official visit. Upon arrival, the World Bank president immediately travelled to Muhanga district in Southern Rwanda where he toured a drone port project run by Zipline Inc.

“Greetings from Rwanda. I’m currently at Muhanga to pilot one of the world’s first drones that deliver life-saving blood,”Dr. Jim tweeted.

He was accompanied to the facility by Ministers of health, Youth and ICT where he toured the drone port. He later switched a red button and launched a drone to witness how it delivers blood.

Rwanda is using unmanned drones to deliver blood, vaccines, and other medical supplies to those in need in the most remote areas of the country, which are often inaccessible by vehicle.

About 30,000 people in Rwanda receive blood transfusions every year for postpartum hemorrhaging, severe anemia due to malaria infections, and other life-threatening conditions.

Dr. Jim was given a guided tour around the facility and fifteen minutes of explanation of an entire process of launching into the sky drones loaded with supplies up to delivery points far away.

“Very interesting,”  said the world bank president after listening to a handler at the facility.

The World Bank President later held private talks with government officials  at the site, before heading to Special Economic Zone in the capital Kigali.

On the second day of his visit, World Bank President will visit K-Lab, Rwanda’s ICT innovation Park. He will later on hold a public lecture dubbed: “Addressing today’s challenges for a prosperous future”.

During the lecture scheduled to take place at Radisson Blu and Convention Centre in the capital Kigali, Dr. Jim  will engage in discussions with university students, government officials and members of Private sector.

This is Dr.Jim’s second visit to Rwanda since his appointment in July 2012 as the Bank’s 12th President.

Rwanda is also a beneficially of the Bank’s $204 million funding to regional projects. 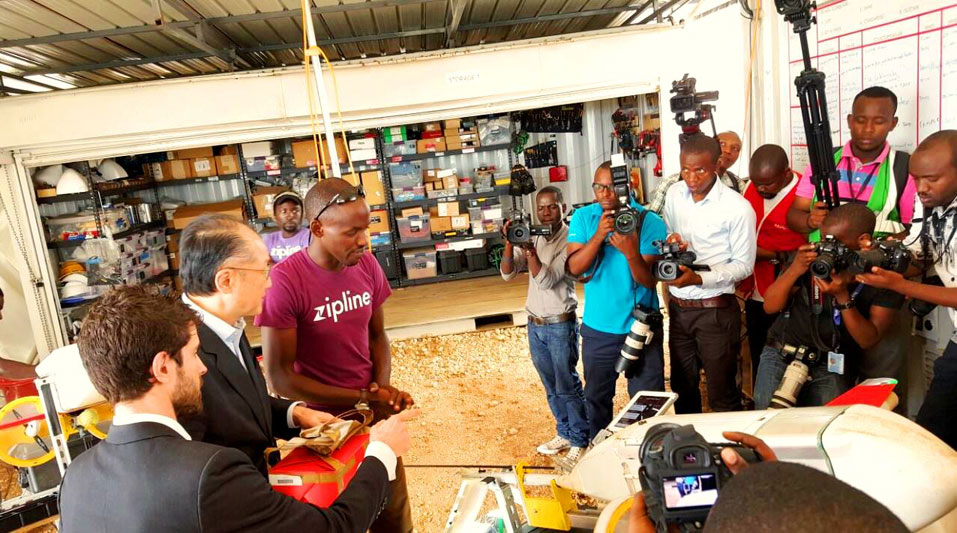 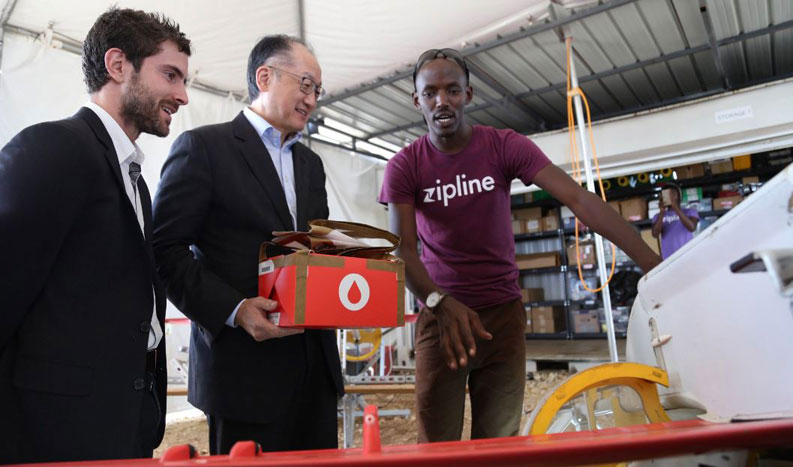